Soldiers will be in uniform and not armed 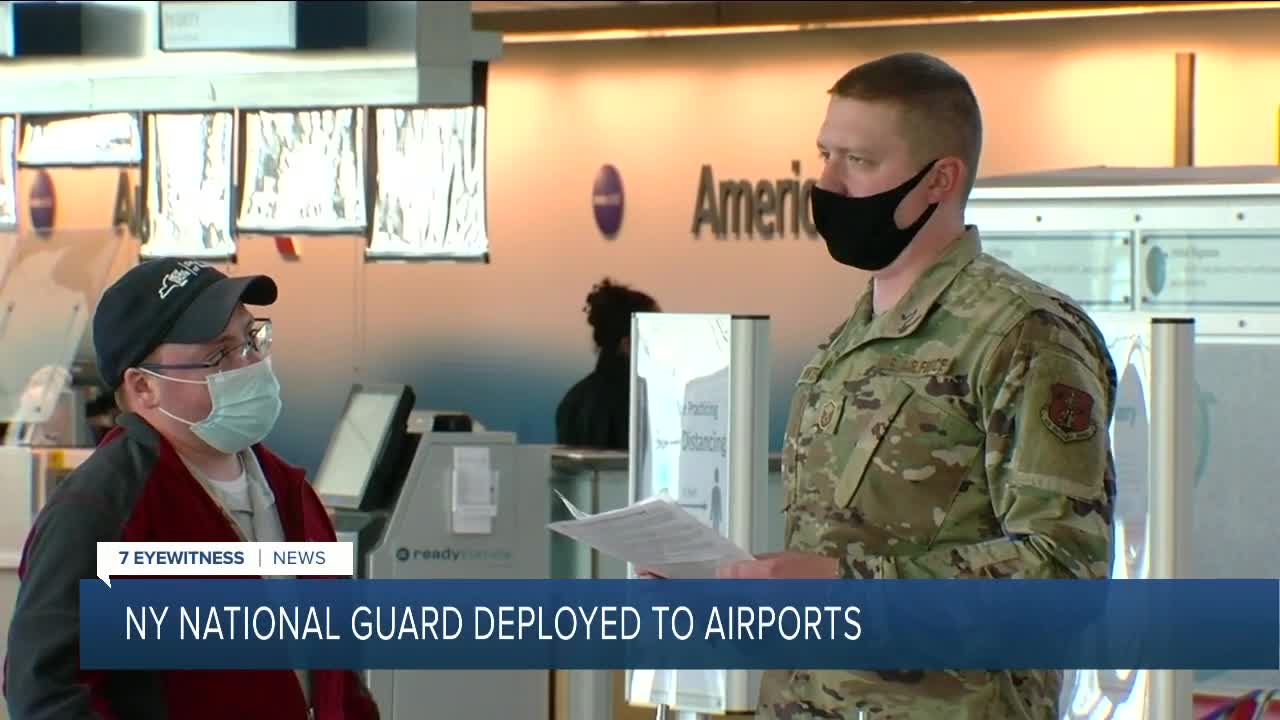 NY National Guard to do travel screening at airports 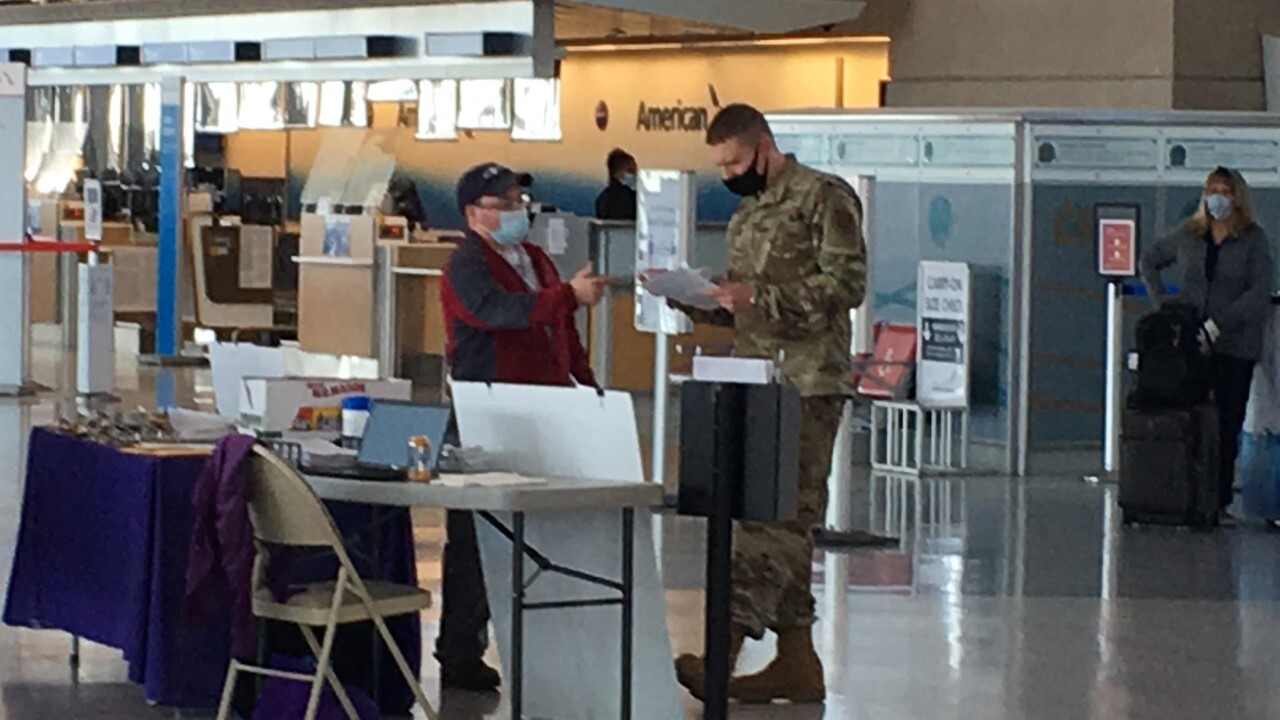 BUFFALO, N.Y. (WKBW) — The New York National Guard is being deployed to airports across the state to assist the state health department in the travel advisory screening process, 7 Eyewitness News has learned.

A total of 36 states and two U.S. territories are currently on the advisory list, meaning anyone arriving at a New York airport from one of those areas must quarantine for 14 days or face possible fines. Essential workers are excluded.

The initiative will vary from airport to airport and is being phased in starting today, a representative from the New York National Guard said. Guard members were seen working in this capacity at the Buffalo Niagara International Airport on Friday.

There is no word on when members of the guard will arrive at the Buffalo airport. They will be in uniform but will not be armed.

The goal is to free up health department employees for other duties while members of the guard collect information from travelers.

The following is a statement from the Office of Public Affairs for the New York National Guard:

"The New York National Guard will be working with the Department of Health in an administrative capacity to assist with travel advisory screenings at airports across the state. This is in addition to the missions New York National Guard members are currently conducting in support of New York's COVID-19 response. These include staffing 15 testing centers across the state, assembling COVID-19 test kits for the Department of Health, and assisting in medical supply logistics operations.

The Soldiers and Airmen will be in uniform. They will not be carrying weapons. The mission will begin next week. We have not yet determined troops to task numbers yet."

The move is generating a variety of responses; some feel the soldiers presence will intimidate air travelers, others think it is a good idea to keep people safe, while others think it will reinforce the seriousness of the pandemic to those who are not taking it seriously.

When 7 Eyewitness News posted a picture of a soldier in-training at the Buffalo Niagara International Airport, many questioned why Governor Andrew Cuomo was using the National Guard in the airports when he did not use them during the violent protests this past year.

The Republic Minority Leader of the NYS Senate, Robert Ortt, is also not happy with the move by the Governor to use uniformed service members for travel screening.

“I strongly disagree with the Governor’s decision to activate the National Guard for use in his airport tracking program. While we must be diligent about protecting our communities from the threat of COVID-19, the use of uniformed service members at our airports goes too far. As a former member of the New York National Guard, I do not believe that these outstanding men and women should be used as political tools or deployed to enforce politically driven policies,” said NYS Senator Ortt in a statement to 7 Eyewitness News.