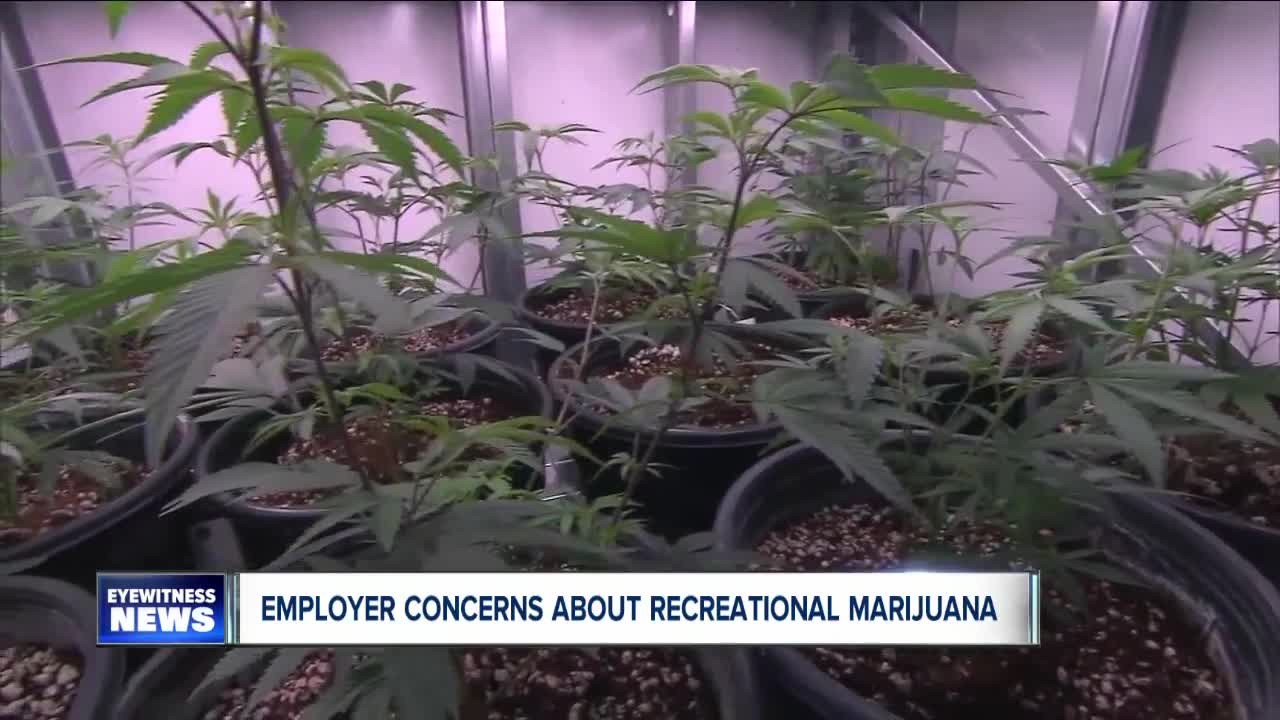 Businesses, manufacturers and healthcare providers are some of the 190 members of the New York state Business Council concerned about the possibility of legalizing recreational marijuana.

Businesses, manufacturers and healthcare providers are some of the 190 members of the New York state Business Council concerned about the possibility of legalizing recreational marijuana.

"Even if New York Legalizes marijuana, it's still illegal at the federal level," he said. "A lot of employers work just not in New York but other jurisdictions, and would run into the tension and conflict that exists between state and federal law."

Under the controlled substance act, marijuana is considered a schedule 1 narcotic, that means it's illegal because it has high abuse potential, no medical use, and severe safety concerns.

State lawmakers recently came up with changes to the push for legalization that include enhanced regulations for medical marijuana.

Kerbein said that could be ready as soon as Thursday night or Friday night.

"There would be a revised bill that they think has a better chance of receiving the votes they need to pass," he said.

Kerbein said the Business Council is not opposed to recreational marijuana, but their concern is to protect employers who say they want to maintain a safe workplace.

According to the Centers for Disease Control and Prevention, marijuana can impair decision-making and motor skills.

"Someone might be able to do widget making impaired by marijuana, but you know they could fall down the stairs," said Kerbein.

He said employers want to have an opportunity to prevent their employees who are using marijuana from hurting themselves, co-workers and customers.

In March, Lieutenant Governor Kathy Hochul said the criminalization of marijuana becomes a barrier for some people trying to get a job.

Hochul said she believes recreational marijuana should be legalized, regulated and taxed.

In the last legislative session, state lawmakers passed a budget that did not include legalizing recreational marijuana.

They now have until June 19 if they want it legalized this year.