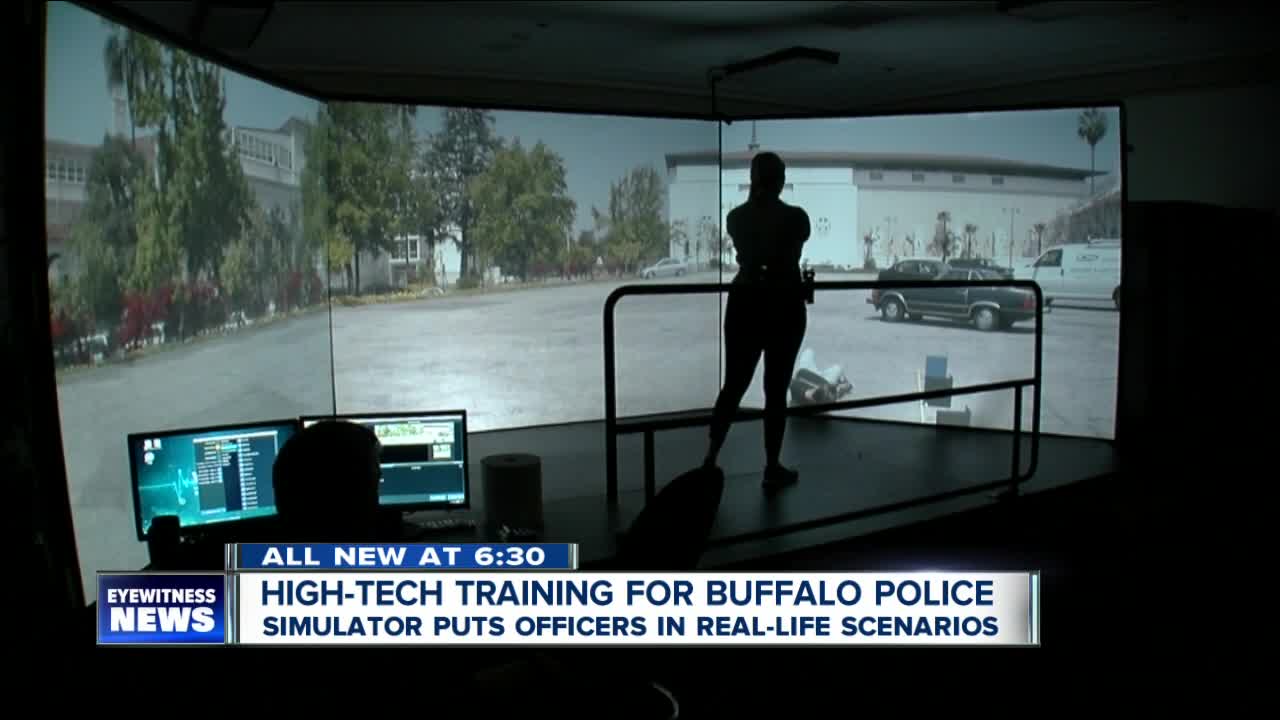 BUFFALO, N.Y. (WKBW) — A new piece of technology is helping Buffalo Police officers train for what they could encounter on the streets.

It’s called the Virtra Simulator, and uses multiple cameras and lasers to play scenarios officers may be faced with during their everyday work.

Officers use a modified glock handgun with an air cartridge to train. The video system plays real scenarios officers may be faced with, like a domestic dispute, a loud music call, a suspect with a knife or even a traffic stop.

“It’s every day calls for service where something could go sideways, and the officer is presented with having to make a very critical decision,” said Buffalo Police Captain Jeff Rinaldo.

The training is safe and indoors. The goal for officers is to learn how to de-escalate a situation. However, sometimes it’s not that simple, and it puts officers in life and death situations.

“In some of the situations an officer will be compliant, in some they won’t and it could unfold in an unknown direction,” Captain Rinaldo said.

The technology cost the department $75,000 and has been used since police moved their headquarters to the old Dillon Courthouse Downtown.
Rinaldo says it’s money well spent.

“The goal of this training is to give as much real-life exposure to an officer, so if they are presented with that, they can make great decisions.”