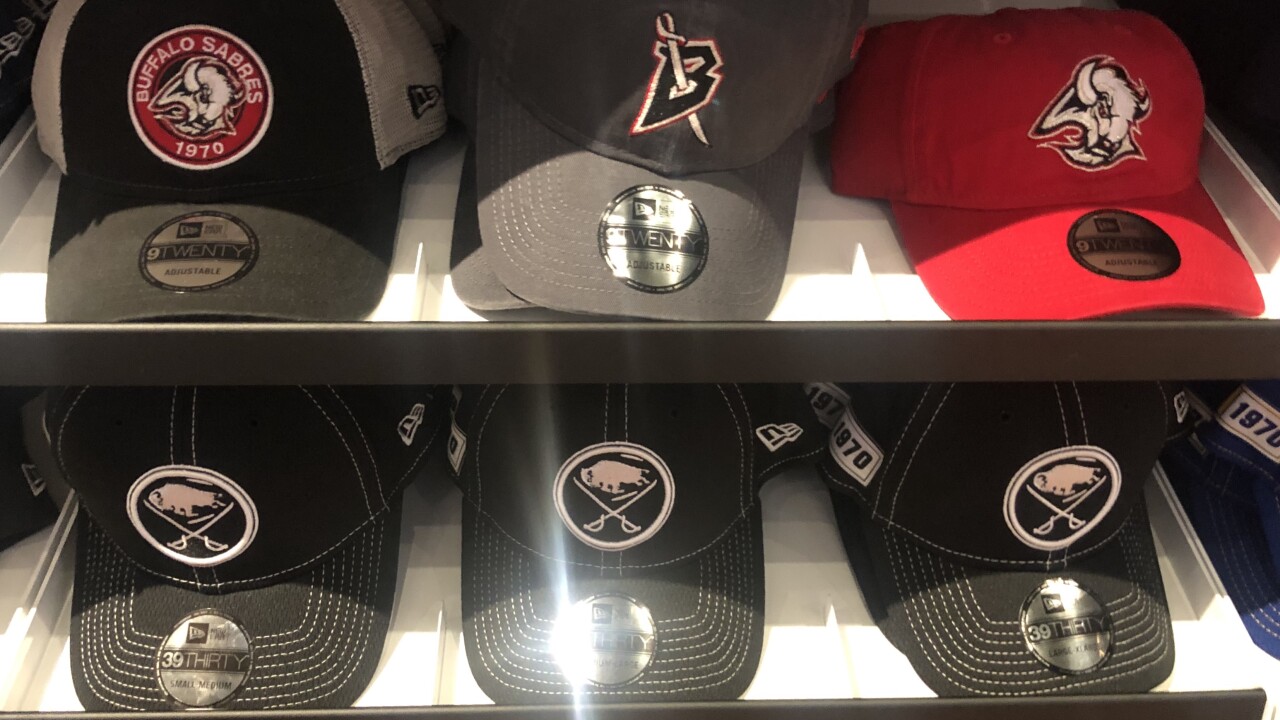 BUFFALO, N.Y. (WKBW) — Sabres fans have been clamoring for any sign of a return to the royal blue and gold jerseys of the 80's and 90's, and a trip to the newly renovated Sabres Store will show the team is taking a trip down memory lane, just not that far.

Stocked on the shelves are three hats with the black and red color scheme. The logo has been affectionately dubbed the "goat head" and was worn from 1996 - 2006.

The hats are just a small feature of the over three month long renovation project of the Sabres Store held inside Keybank Center.

The new store will have a grand opening in a few weeks, but is currently open from 10a-5p.