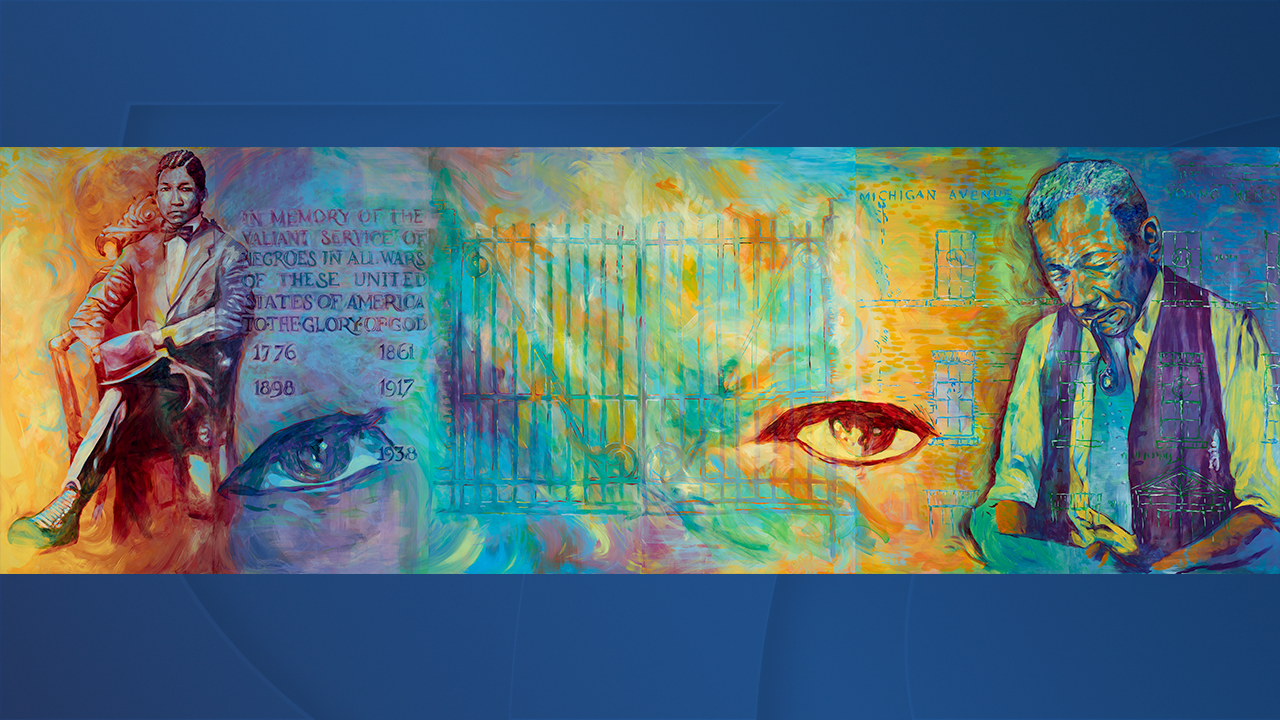 BUFFALO, N.Y. (WKBW) — The Albright-Knox Art Gallery announced as part of its public art initiative a new mural will be installed at the Buffalo Zoo.

Cooper has worked with other artists to produce two fifty-foot by twenty-foot murals on the Buffalo Niagara Medical Campus and he has had a hand in producing murals for the Buffalo Sabres and the City of Buffalo.

Cooper joined Christine Parker for this project, Parker is a local historian and curated an exhibition at the Burchfield Penney Art Center, Through These Gates: Buffalo’s First African American Architect, John E. Brent (October 9, 2015–March 27, 2016), which detailed Brent’s contributions to the region.

Officials at the Albright Knox say Brent was also an active leader in the African American community, serving as the first President of the Buffalo Branch of the NAACP.

Brent designed the Michigan Avenue branch of the Y.M.C.A. as well as the gates and landscape architecture for the Buffalo Zoological Gardens.

"The cast iron gates, numbers three and four, created in 1935 and anchored in concrete piers with Onondaga limestone veneers, provide welcoming entrances to zoo paths. The structures were listed on the National Register of Historic Places in 2013," a release states.

The mural, which will celebrate Brent's accomplishments, will be installed at the Buffalo Zoo adjacent to Brent’s iron gates.