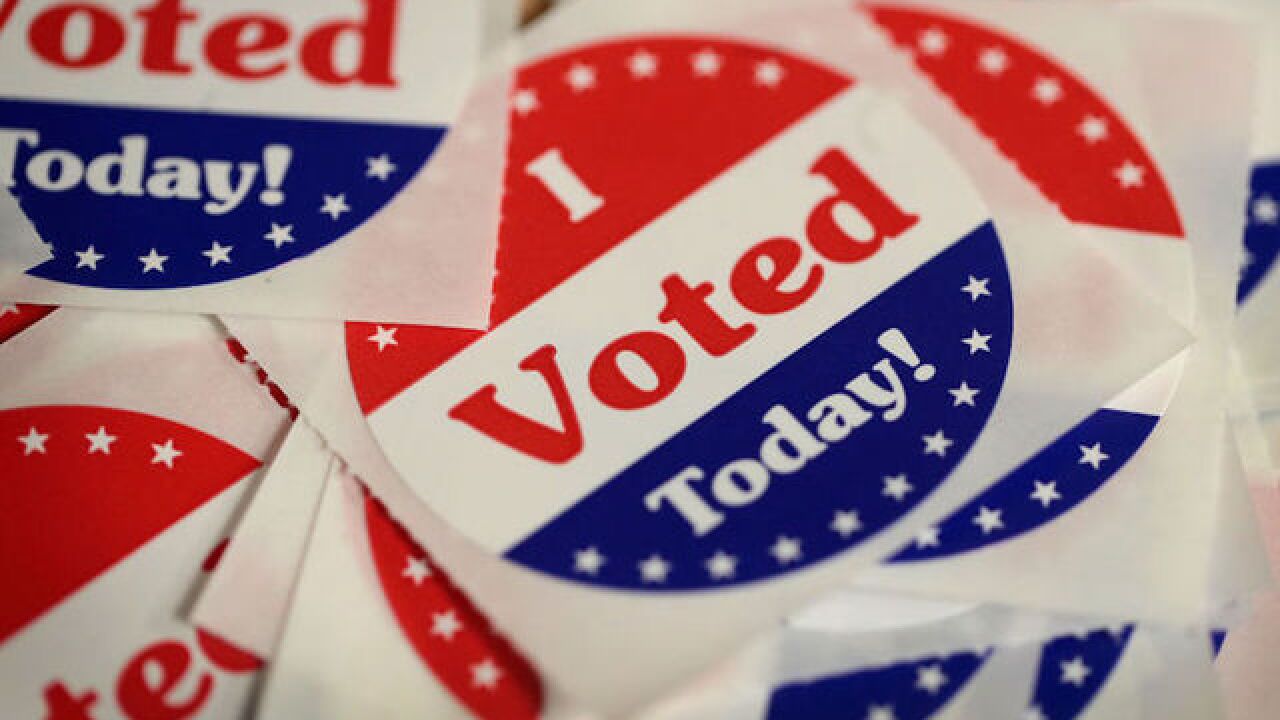 Image copyright 2018 Getty Images. All rights reserved. This material may not be published, broadcast, rewritten, or redistributed.
Scott Olson
<p>Stickers are made available to voters who cast a ballot in the midterm elections at the Polk County Election Office on October 8, 2018 in Des Moines, Iowa. Today was the first day of early voting in the state. </p>

According to the legislation, the Boards of Elections would be required to mail absentee ballots no later than 30 days before any election scheduled.

“Many New Yorkers are already feeling overwhelmed during this unprecedented time in modern history. They shouldn’t also have to worry about jeopardizing their safety because they want to exercise their right to vote in an election,” said Senator Tim Kennedy. “While New York works around the clock to protect public health, we also need to ensure that we’re protecting civic responsibilities. Through this bill, we’re encouraging voter participation through a safe and thoughtful process, and ensuring people still have their voices heard in our democracy.”

You can read the legislation here.