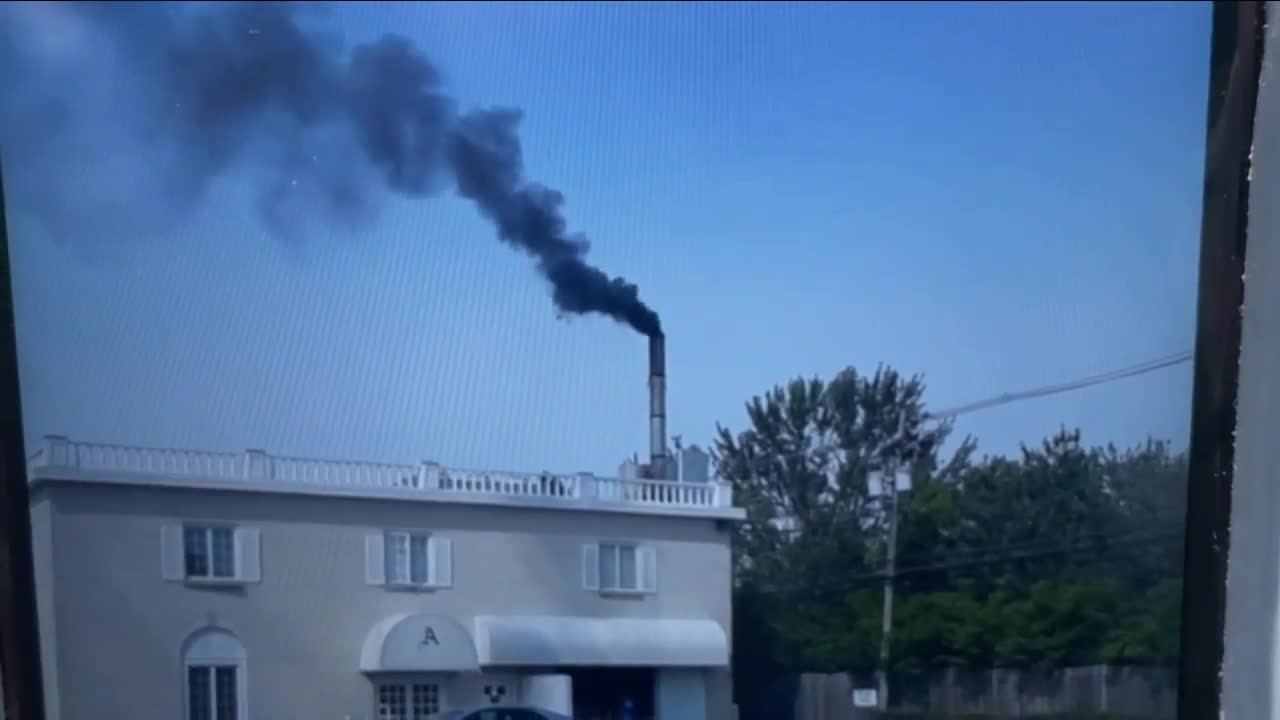 Clouds of thick—black smoke could be seen billowing into the air along Sheridan drive in the Town of Tonawanda Wednesday morning.

“I thought for sure I would be pulling over because someone’s house or business was on fire,” said Town of Tonawanda Councilwoman Shannon Patch.

The smoke could be seen for miles, coming from the Sheridan Park Crematory, operated by Amigone Funeral Home.

“I can’t even go in my yarn to barbecue because when you’re barbecuing, think what’s barbecuing in there!,” said one neighbor.

It didn’t surprise neighbors who live behind the crematory, like Ron Labuda, who has lived there for years. Neighbors have had a long-standing battle with the business. In 2012, the crematory was shut down by the State AG at the time, but re-opened after much backlash in 2017 with new filters and a new permit.

Neighbors say they haven’t had many problems like yesterday’s cloud of smoke.

“When black smoke comes out like that, you’re inhaling someone’s relative,” Labuda said.

The Town of Tonawanda Council now wants the DEC to do a full investigation into what went wrong yesterday. The town cannot regulate the air.

“DEC takes the public’s concerns about air quality very seriously. DEC investigates complaints and assures compliance is met under all state air quality requirements to ensure the public’s health and the environment are fully protected. On Wednesday, DEC immediately responded to public reports of black smoke emanating from the Sheridan Park Crematory smokestack at Amigone Tonawanda Chapel at 2600 Sheridan Drive in the Town of Tonawanda. The smoke was reported at approximately noon and lasted for approximately one hour. DEC’s investigation into the cause of the smoke is ongoing. Additional information will be provided when it is available.”