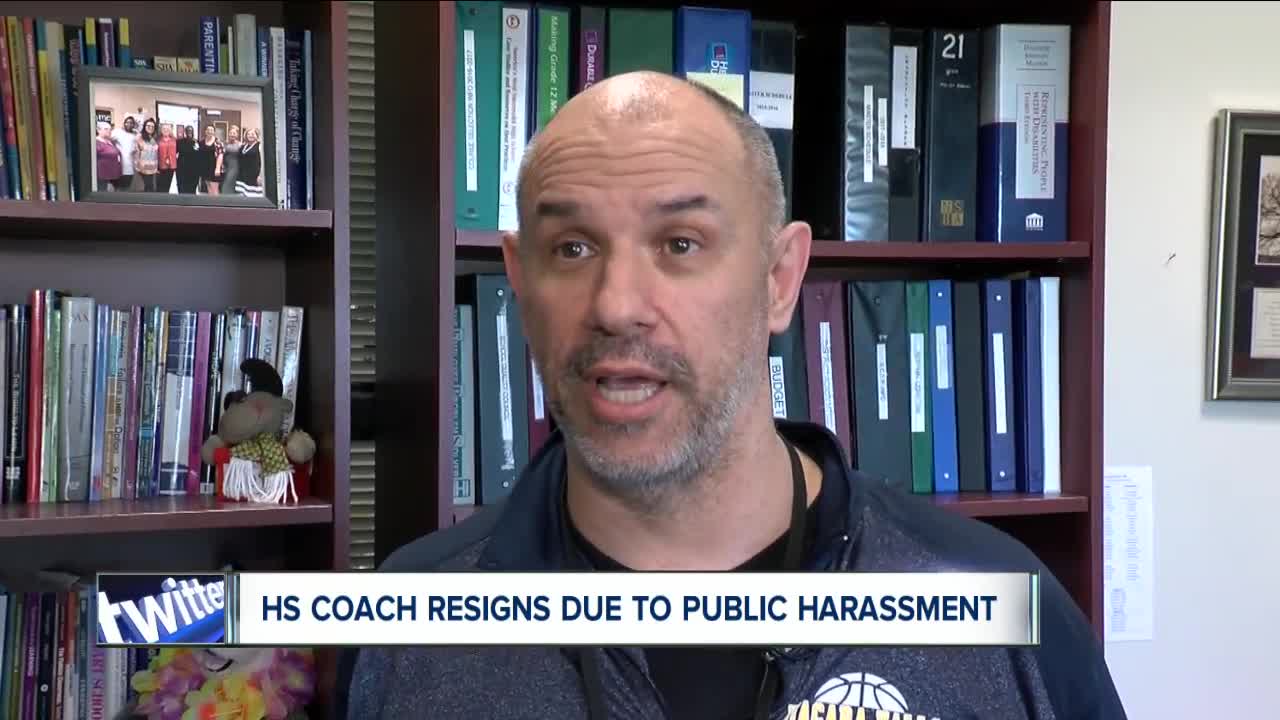 The coach told 7 Eyewitness News Reporter Ed Reilly that public harassment became too much - especially when he was off the court and out in public with his 11-year-old son.

"So, so wrong the things they would say," Constantino explained.

Coach Constantino is one of the most successful coaches in the school's history having taken the team to state finals this year. The team is currently ranked by some in the top 20 for New York State.

"Even when we won, the negative people would be on me about not winning by enough," added Constantino.

Niagara Falls City Schools Superintendent Mark Laurrie said it was a "sad day" for the school and the kids.

"Everyone thinks their child is going to the NBA, NHL or NFL and that is very, very, very rare," added the superintendent.

Laurrie said he was upset with those who harassed the coach for having a wrong perspective on the importance of high school sports.

"I wish they were as passionate about test scores and graduation rates as they are about high school sports," added Laurrie.

The school district will now look for a replacement with hopes a new coach will be in place by May.

However, Laurrie said these types of incidents can chase away good candidates for coaching and refereeing positions.

"People love the game, whatever sport it is, but do you want to put up with all of the stuff outside of it?" added Coach Constantino.

It is part of a national trend, said UB Sports Law Professor Nellie Drew, who said there is an increase in the number of kids being pushed to play sports with the goal of a future financial benefit.

"College is expensive and parents are hoping their kids will be the one to get a college athletic scholarship. So, the roster lineup and results become much more important to them. When it doesn't go the way they are hoping, those parents feel the need to challenge," Professor Drew told Ed Reilly.

Coach Constantino said he will continue to be a teaching assistant for special education at Niagara Falls High School.

He also hopes to explore the idea of doing future sports coaching for special-needs children in unified leagues.

You can hear more from the coach in the attached clip.