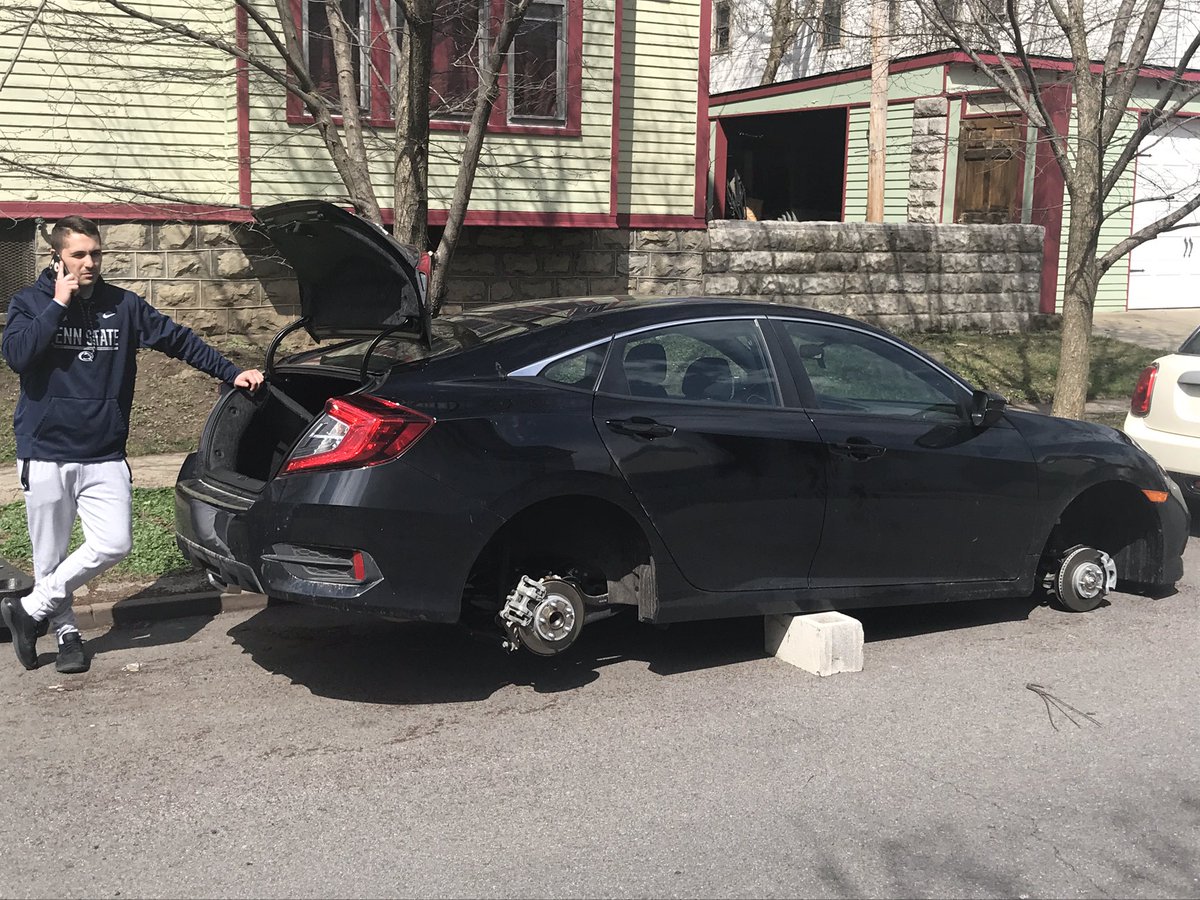 Police on the scene of the Livingston and Auburn theft wrote down the victims information, but told 7 Eyewitness News there wasn't much more they could do at that moment.

Both thefts happened about an hour apart from each other, officials said. They are currently investigating whether there was a connection between the two.

Neighbors in the area said they have seen this before and, while obviously are disappointed, they aren't shocked.

It is not known if the two cars being Honda Civics is a coincidence or not.