Movie theatres in Erie, Genesee, Niagara, Orleans, and Wyoming counties will be allowed to reopen Friday 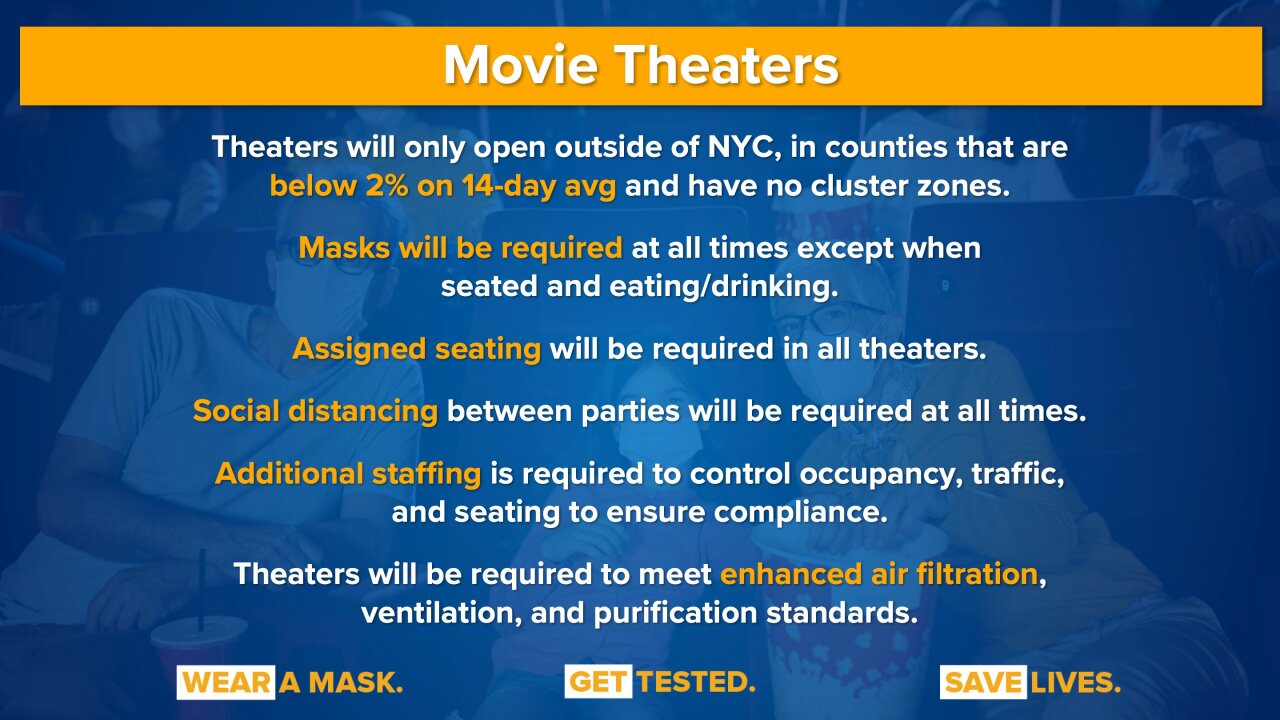 Allegany, Cattaraugus, and Chautauqua counties will not be allowed to reopen their movie theaters

According to Gov. Andrew Cuomo, theaters can only open outside of New York City in counties that have COVID-19 positivity rates of less than 2 percent on a 14-day average and do not have any cluster zones.

Based on guidance from the governor, Allegany, Cattaraugus, and Chautauqua County do not qualify.

This means movie theatres in Erie, Genesee, Niagara, Orleans, and Wyoming counties will be allowed to reopen Friday.