Movie theater owners call for state to allow them to reopen

The National Association of Theater Owners of NYS, state legislators, local officials and movie theater owners held a rally on Thursday calling for the state to allow movie theaters to reopen. 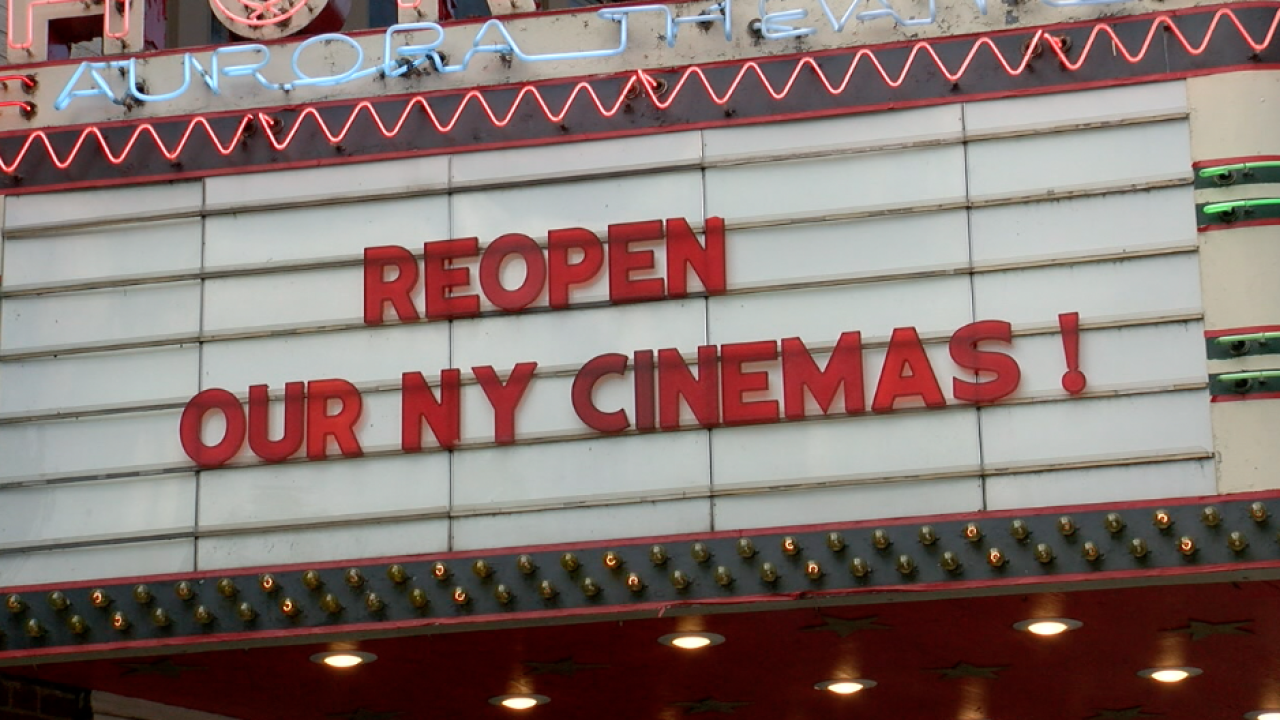 EAST AURORA, N.Y. (WKBW) — Over the past five months, the Aurora Theaters marquee lights remained turned off, save for a few private events. But on Thursday, they were turned on once again.

Not because the theater was reopening, it was for a rally to call on New York state to allow movie theaters to reopen. The rally included the National Association of Theater Owners of New York State, Buffalo-area state legislators, local officials and movie theater owners.

"On March 16 the twinkling lights of the marquee were turned off, and our screen went dark. Without question we can open safely just as other theaters have in 42 other states," said Lynn Kinsella, owner of the Aurora Theater in East Aurora.

According to the National Association of Theater Owners of New York, more than 10,000 full and part-time movie theater employees have been laid off or furloughed since the pandemic began.

Movie theater owners said they believe they can reopen safely just as malls, restaurants and gyms have been cleared to do.

"I don't want to see the people we employ unemployed. Not to mention the surrounding businesses that are affected as well," said Scott Treutlein. He is the owner of Spotlight Theaters and is also a physician in Warsaw and Batavia.

"I've been through the whole COVID thing from day one in hospitals, and I'm well aware of everything that we've learned and seen over these last few months. And I wouldn't be standing here today trying to get these theaters reopened if I didn't truly believe 100 percent that it was safe," said Treutlein.

There were also concerns that a movie theater only has one conditioning system.

"Each auditorium has its own separate system, as do projection booths, lobbies and restrooms. We've committed to putting in the proper MERV rated filters to ensure that our customers remain safe," said Joe Masher, president of the National Association of Theater Owners of New York State.

The National Association of Theater Owners put together a proposed reopening plan with safety guidelines for the state. They said the consequences of not reopening could mean local theaters like the Aurora theater could never reopen.

While many have watched countless movies at home over the last few months, movie theater owners said it doesn't compare to the experience of going to the movies with friends and family, the smell of fresh popcorn and watching a movie on the big screen.