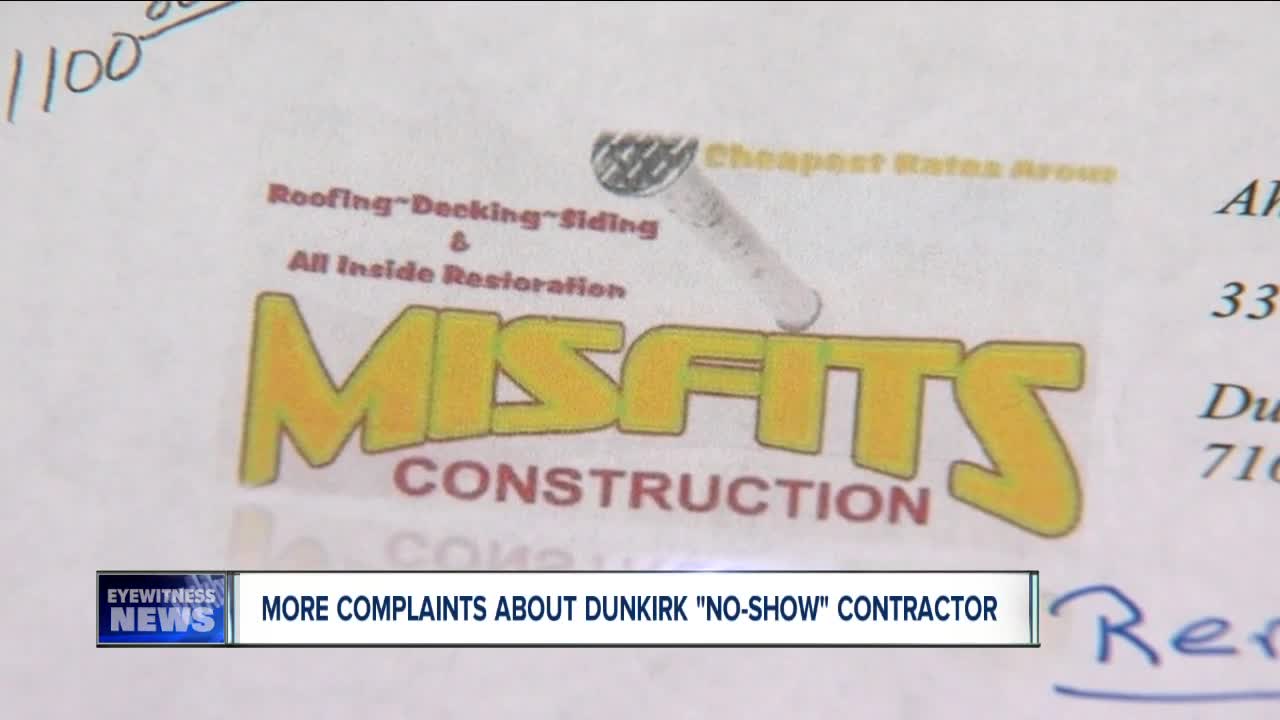 More complaints about a Dunkirk contractor

DUNKIRK, N.Y. (WKBW) — Complaints about Misfits Construction in Dunkirk have continued to come into 7 Eyewitness News following a CH7 report about the challenges Jamestown homeowner, William Smock, endured to get back his $6,000 in deposits after the company failed to re-roof his home.

Karen MacGillivray saw the report and called Ch7 to say she had a Small Claims Court judgment for $1,469 against the company. It was awarded in June 2019 but the Tonawanda woman is unable to get the company owner, Ahren Morano, to pay or respond to her requests for payment.

Donald Piglowski from Dunkirk also called CH7 to say he has a civil court judgment for $475 against Misfits Construction which has been unpaid - despite text messages from the contractor claiming the money was in the mail.

"I guess I have a problem with the court system. What are you supposed to do to get your money back?," said Piglowski.

Misfits Construction owner Ahren Morano has threatened to sue WKBW-TV on grounds that it is "unfairly" damaging his company's reputation by airing the reports.

However, 7 Eyewitness New obtained records from Dunkirk City Court showing several judgments were made against Misfits Construction since 2017 for more than $8,000:

Jamestown City Court also awarded a $6,324.65 judgment against Misfits Construction in favor of William Smock from Jamestown on October 22nd. Smock hired the company in April 2019 to re-roof his home but the work was never done.

Following an investigation done by Reporter Ed Reilly, Ahren Morano made a hasty, last-minute payment to the Smock's in hopes of having the story dropped from the WKBW newscast - which it wasn't.

The New York State Attorney General's Office is also confirming to 7 Eyewitness News that it has two formal complaints against the Dunkirk contractor. The AG's office would neither confirm nor deny that an investigation is underway, but Karen MacGillivray from Tonawanda was in the process of filing a third compliant with the AG when she was interviewed.

Local attorney Lisa Coppola admitted that collecting on judgments can be very difficult. She recommends people do the following: