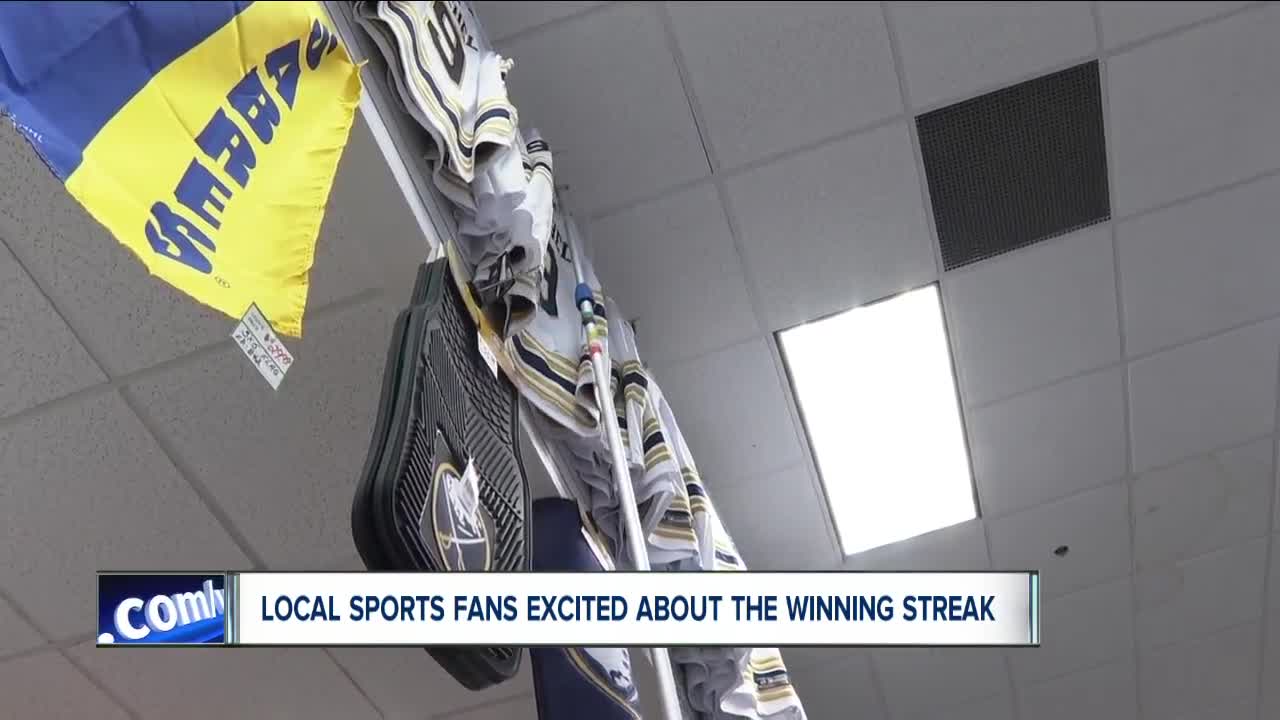 BUFFALO, N.Y. (WKBW) — Does the outcome of a sports game have an impact on your mood? Ask fans in Buffalo after a Bills and Sabres win, and you’ll most likely get one answer, yes!

Thousands of Bills fans packed the stands in Tennessee Sunday, feeling more like a home game for the 4-1 Buffalo Bills team.

Spirits are also high after the Buffalo Sabres crushing 7-2 win Saturday over New Jersey. The pack on the ice, is looking to start the season 3-0.

“Victory Mondays are so much better than Monda’s after a loss,” said Michael O’Hara.

O’Hara would know. He’s been working at his families business, Laux Sporting Goods for decades. Through the ups and the downs of both teams.

“The mood is 150% different than when you have a losing team,” he said.

O’Hara says the store has been busy with fans wanting to purchase merchandise. He says morale hasn’t been this high since the Kelly era.