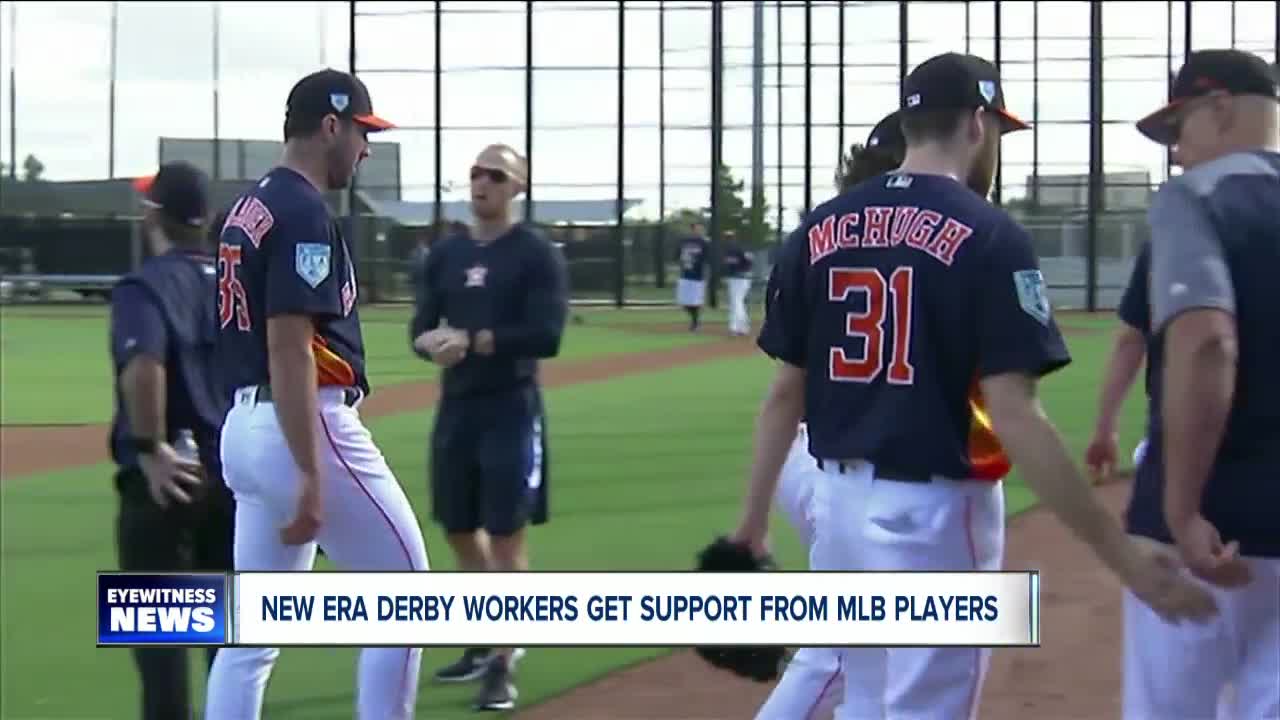 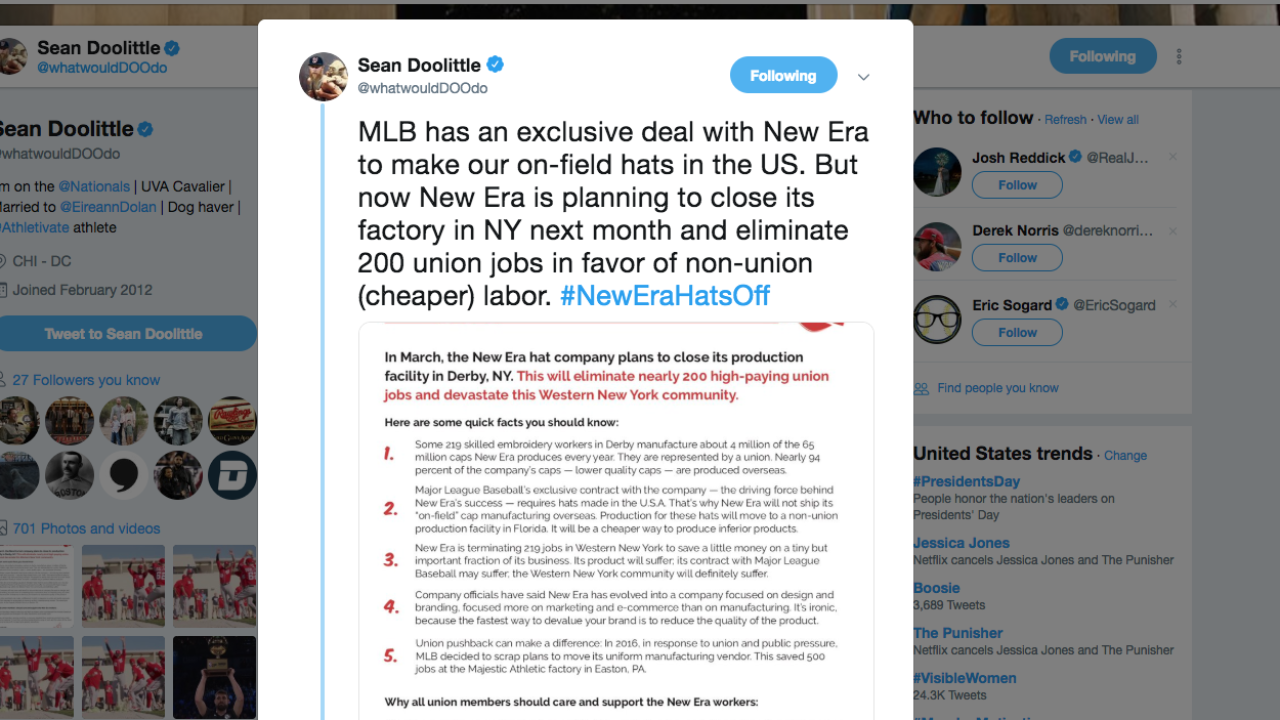 New Era recently said they plan on shutting down the plant in Derby that employs over 200 workers.

Doolittle is currently in West Palm Beach, Florida preparing for the first Nationals Spring Training game. He tweeted a quick facts sheet put together by Newerahatsoff.com.

MLB has an exclusive deal with New Era to make our on-field hats in the US. But now New Era is planning to close its factory in NY next month and eliminate 200 union jobs in favor of non-union (cheaper) labor. #NewEraHatsOff pic.twitter.com/V0G4vCLaud

Doolitle wasn't the only Major League Baseball pitcher to tweet about the subject. Collin McHugh is a pitcher for the Houston Astros and added on to Doolittle's tweet.

When I was in the minor leagues, My wife and I lived with a woman whose family worked in that factory since it’s inception. She showed me hats from the early years of New Era MLB, and was so proud of her connection to the game. I stand with the workers in Derby, NY #NewEraHatsOff https://t.co/RRmIQNvamg

McHugh played for the Buffalo Bisons for 13 games in 2012.

We reached out to New Era about Major League Baseball players speaking out against their plans to move production from Western New York and we are waiting to hear back.