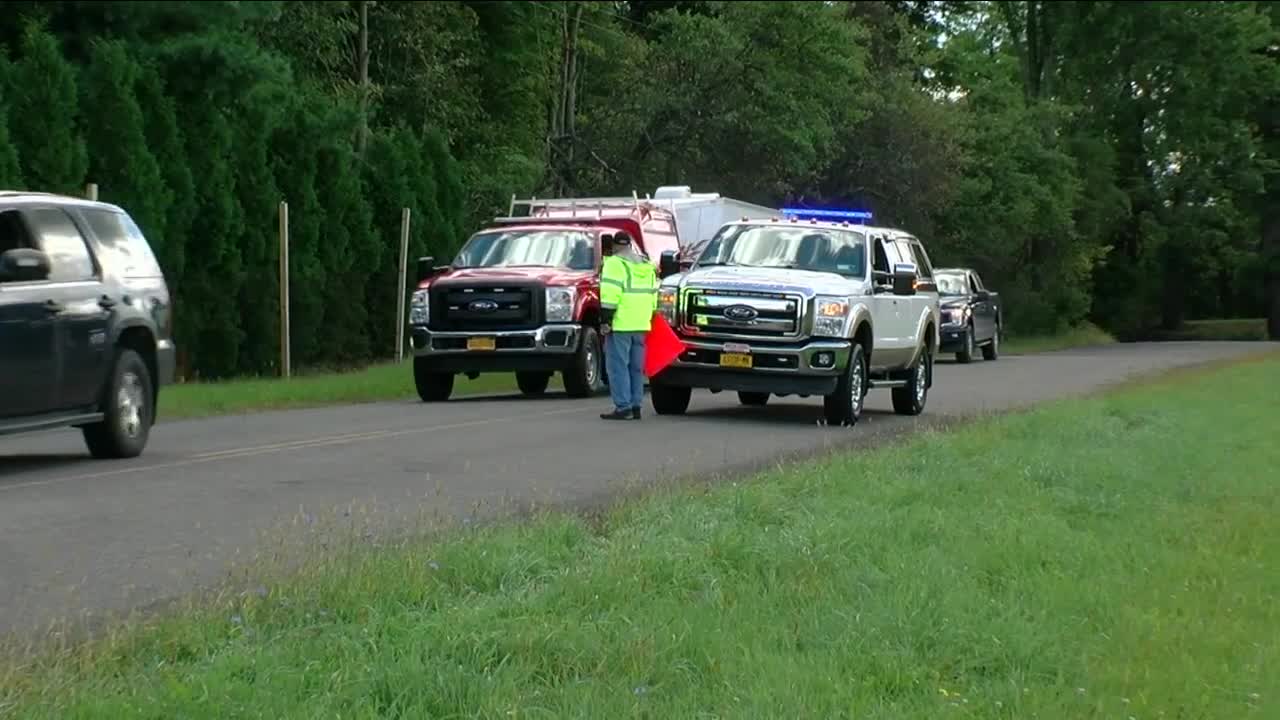 Grote Road in the Town of Concord was blocked as rescuers from Mortons Corners VFD, Seneca Hose, Gowanda Fire, Erie County Sheriff's Office, and others were called into action just after 10 a.m. 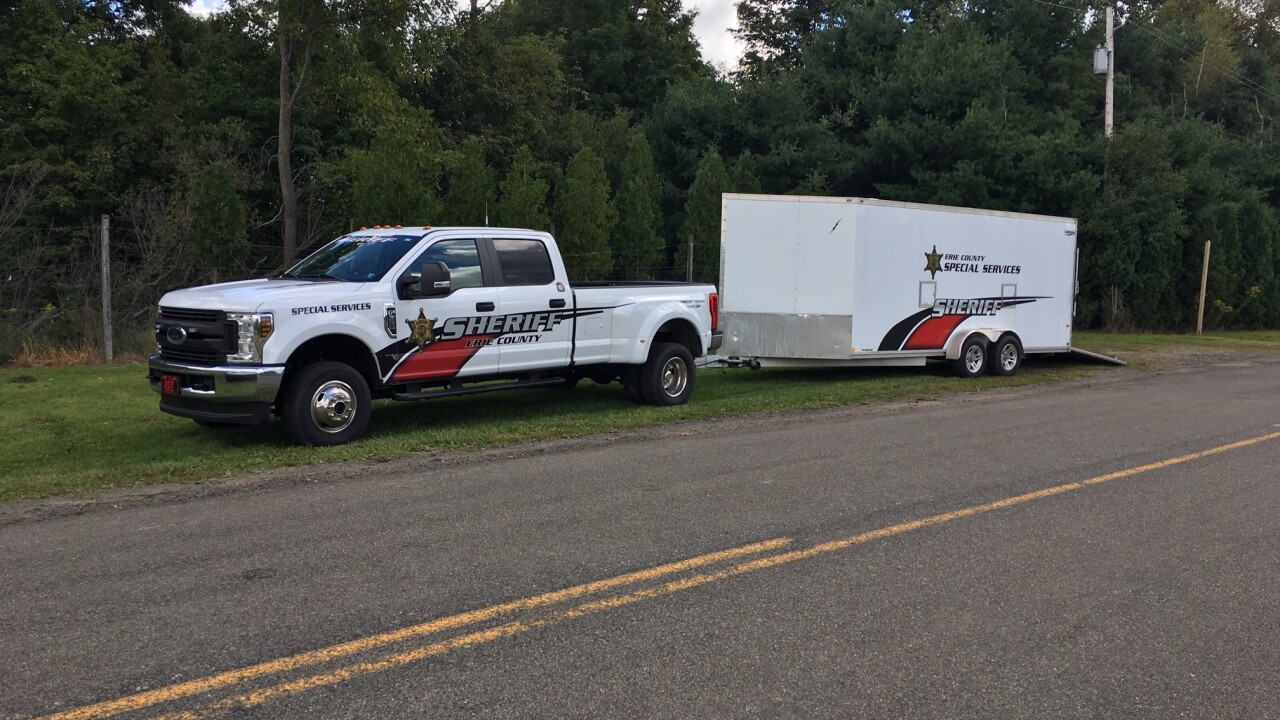 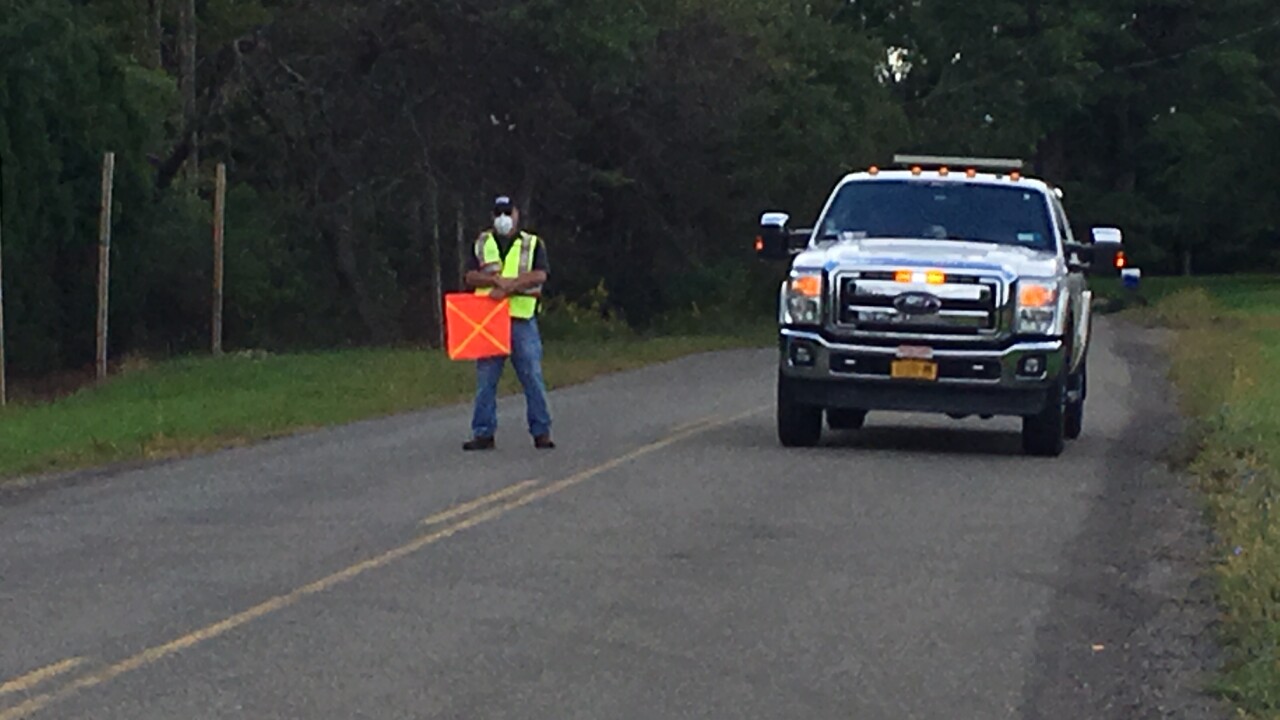 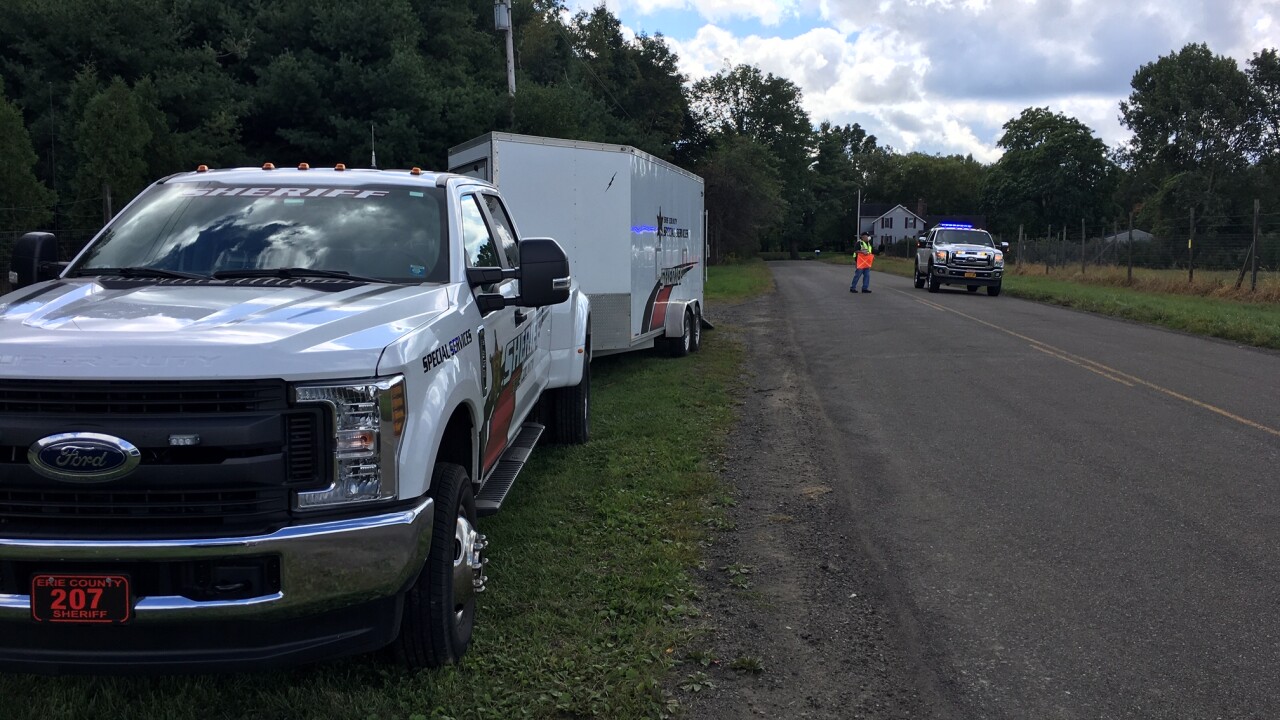 Grote Road in the Town of Concord was blocked as rescuers from Mortons Corners VFD, Seneca Hose, Gowanda Fire, Erie County Sheriff's Office, and others were called into action just after 10 a.m.

According to crews on the scene, a 55-year-old man from South Buffalo rolled his ATV down a steep embankment. More than two dozen rescuers worked for more than an hour-and-a-half to bring him to safety.

The terrain was so rugged that emergency crews were unable to use their own ATV's which then required rescuers to use ropes, low-angle rescue techniques, and muscle to carry the injured person one mile.

Mercy Flight then flew the man to ECMC in Buffalo. His condition is unknown at this point.

The Erie County Sheriff's Office is investigating to see why the man was riding his ATV so close to the Zoar Valley Multiple Use Area which prohibits ATV's.

Chief Scott Patronik said the man's brother was walking close by when the accident happened and was able to call for help. Patronik said it appeared the ATV rolled on top of the man as it went down the steep hill.

Rescuers told 7 Eyewitness News reporter Ed Reilly, that they're seeing an influx of visitors from the Buffalo area and many are unaware that the terrain can be tricky and downright dangerous.

-Wear hiking boots and not flip-flops.
-Wear helmets.
-Plan your hike before you come (The NYSDEC has trail maps).
-Tell people where you are going.
-Bring a cell phone or other signaling device in case you need help.
-Stay on the trails.
-Do not look over the edge of the gorge as it can be unstable, resulting in a fall of several hundred feet.
-Wear appropriate clothing.

"Zoar Valley is not a state park. It is a multi-use area. So, you are not going to see fencing and stuff like that. It is a natural-bound area," explained Gowanda Fire Chief Steve Raiport.