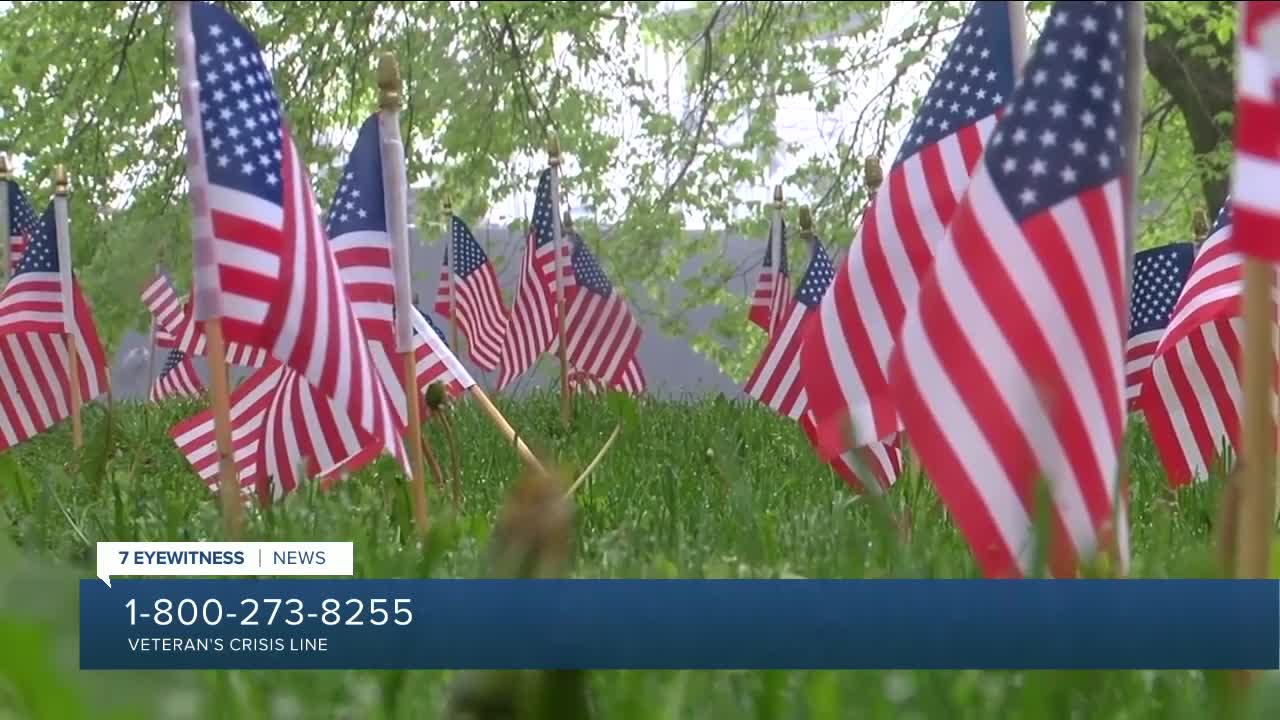 There were several wreath laying ceremonies at the various monuments honoring America’s war dead, on Saturday.

BUFFALO, N.Y. (WKBW) — The Buffalo and Erie County Naval and Military Park is honoring those who died for our country this Memorial Day weekend.

There were several wreath laying ceremonies at the various monuments honoring America’s war dead, on Saturday. Gold Star parents and veterans took part in the services.

The park also has the country's first monument to veterans suffering from post-traumatic stress disorder. There are 7,300 American flags filling the park, representing the approximate number of veterans who have taken their own lives. The park's chairman, Terry McGuire, hopes veterans will use the crisis line if they need help.

“On this Memorial Day weekend, we're honoring their sacrifice but we want to make sure that our veterans that are still out there, are with us. God bless them," said McGuire.

The naval park isn't officially open yet for the season, but McGuire encourages people to come pay their respects once it is open.