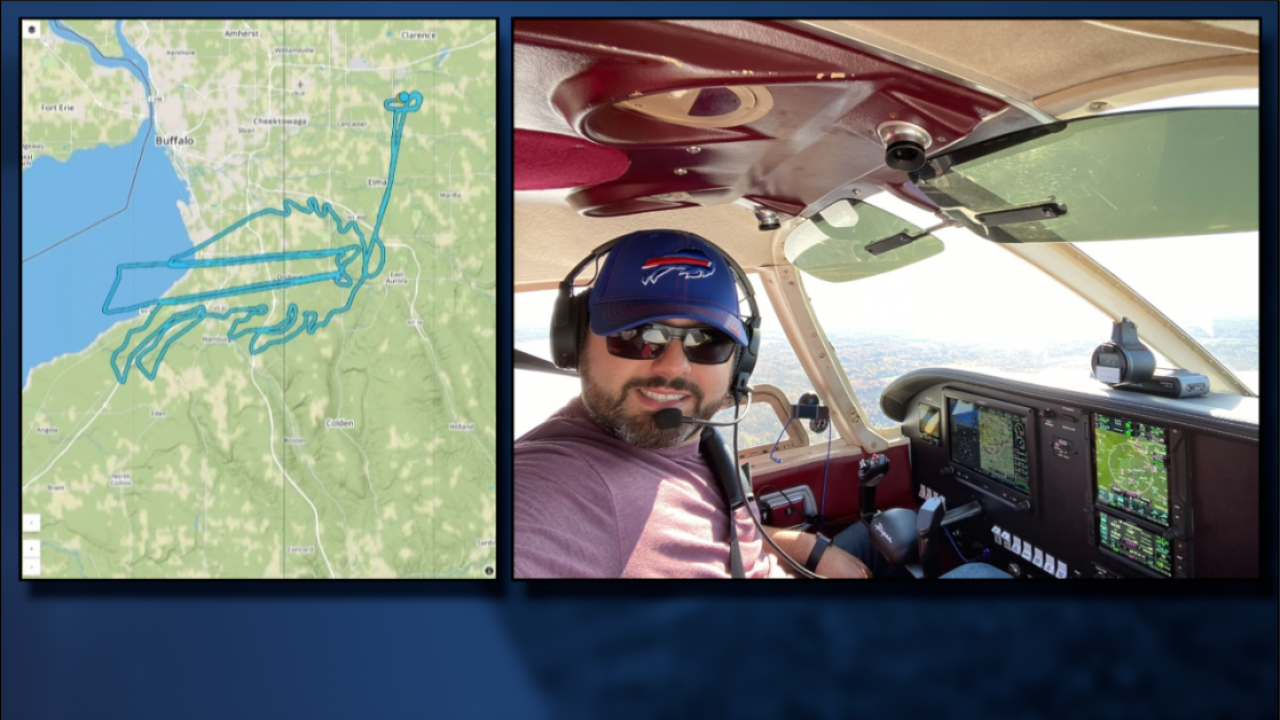 Jeswald piloted a plane over Erie County Friday afternoon and drew the Buffalo Bills logo in his flight path.

He said he came up with the idea in 2018, drawing things in flight paths is something that has gotten more popular in recent years in the aviation community.

Jeswald said he overlaid the Bills logo in app software and plotted the latitude and longitude and modified it so it could be safely accomplished in a flight path.

Spotted in the sky above Buffalo. 😍#GoBills | #BillsMafia pic.twitter.com/4dyrfGTn2t

Although the winds were a little gusty at times, he said it turned out pretty good and took about an hour and a half in total. It took planning on his part and the coordinating and help of Buffalo air traffic control to complete the flight successfully.

Jeswald said he has always loved airplanes and did some training as a teenager, he has been in the aviation industry for about 18 years and has been flying professionally for about 15 of those years.

He said he saw this as an opportunity to promote local aviation and #BillsMafia while doing something fun and lifting people's spirits. Jeswald said people have reached out with other ideas and although he doesn't want to make it a habit, he has options should he decide to do something like this again.