Man survives after being swept over Horseshoe Falls

Unidentified man is treated at a hospital for non-life-threatening injuries
Posted: 12:42 PM, Jul 09, 2019 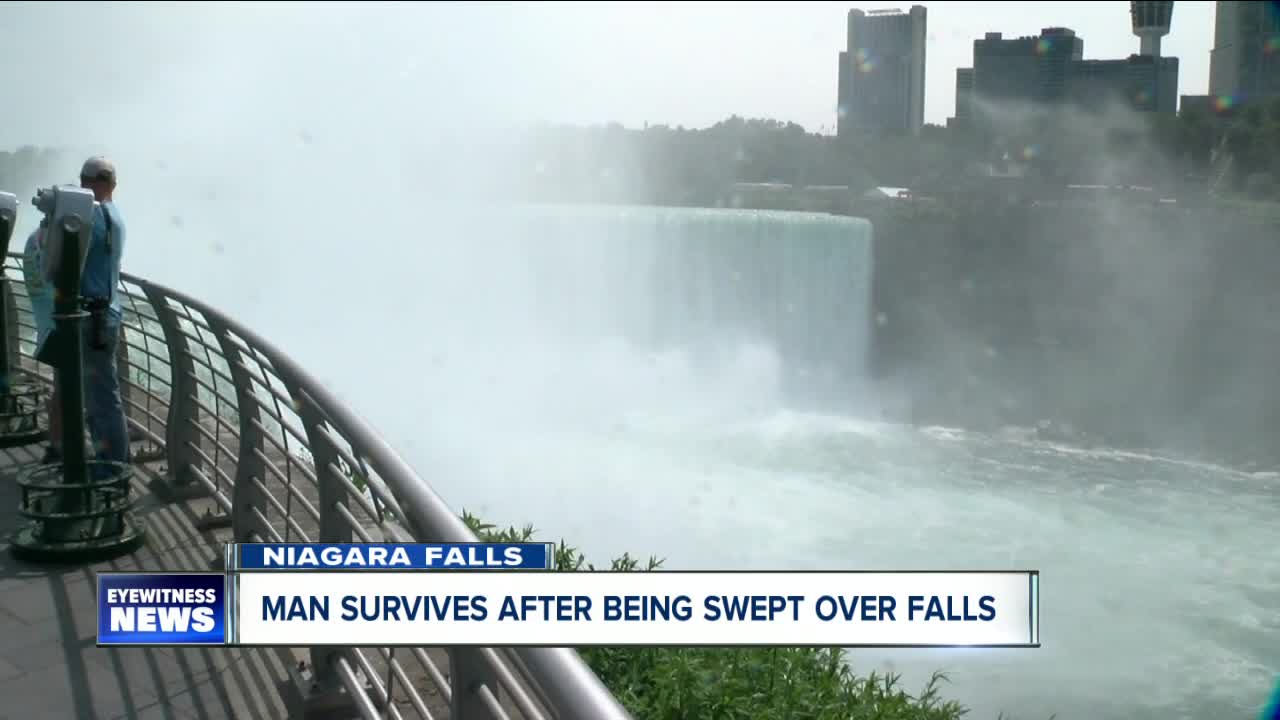 NIAGARA FALLS, ONT. (WKBW) — A man is lucky to be alive after being swept over Horseshoe Falls in Niagara Falls, Ontario.

According to Niagara Parks Police, the incident happened around 4:00 a.m. on Tuesday. Crews were called to the area after getting reports of a suicidal man at the brink of the falls.

When officers arrived, they say the man jumped into the river and was then swept over the water fall.

Amazingly, we're told that man was found a short time later sitting on the rocks below the falls at the water's edge. Officers say he wasn't seriously injured.

The man's name is not being released.

If you or someone you know is struggling with suicidal thoughts, help is out there. The National Suicide Prevention Hotline can be reached 24 hours a day at 1-800-273-8255.

Several daredevils are buried at the Oakwood Cemetery in Niagara Falls - some who survived their attempts to conquer Niagara Falls, and others who were not so lucky.

7 Eyewitness News Reporter Ed Reilly talked with Tim Baxter, Director of Operations at Oakwood Cemetery, about how rare it is for someone to go over the falls and live while having no protective devices.