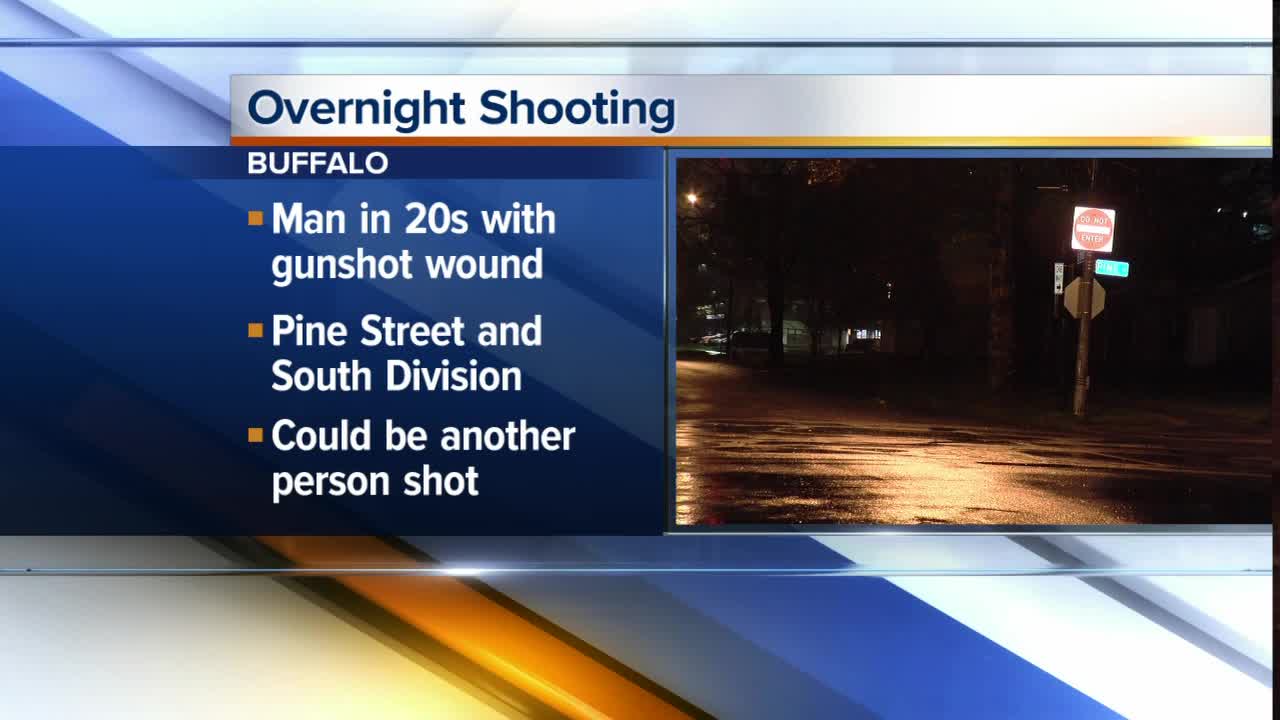 According to police, the man was shot near Pine Street and South Division Street just after midnight. A bullet grazed and injured a 25-year-old woman. She was taken to ECMC, treated and released.

Police say both victims were sitting in a vehicle when the shooting happened. Authorities have not released the name of the victims.

If you have any information, you are asked to call or text the Confidential TIPCALL Line at 847-2255.