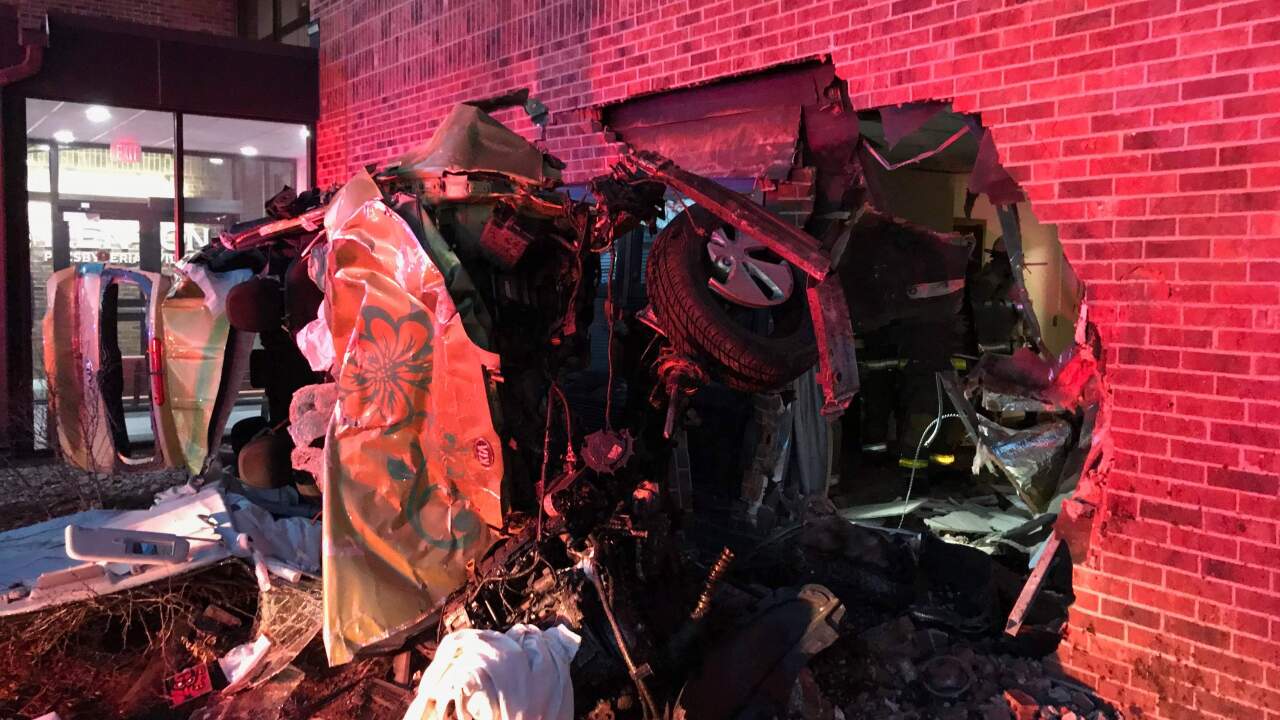 TOWN OF TONAWANDA, N.Y. (WKBW) — A 33-year-old former marine from Tonawanda is charged with crashing a vehicle into a senior housing complex and killing a 94-year-old woman.

Edward Harris is facing murder in the 2nd degree and vehicular manslaughter. He’s a former marine who was honorably discharged in 2011. His lawyer says he suffers from PTSD and has a license for medical marijuana pic.twitter.com/BfhOhOKr9i

Investigators say 33-year-old Edward Harris was driving up to 80 mph on Oakridge Avenue in the Town of Town of Tonawanda on March 26th when he crossed onto Delaware Avenue, drove through a parking lot, hit a parked car and crashed the vehicle into the Ken-Ton Presbyterian Village apartments.

Harris' vehicle collapsed two walls, one of which landed on top of Lida Alminate who was in her apartment at the time of the crash. According to Erie County District Attorney John Flynn, Harris is accused of being under the influence of marijuana.

Flynn told reporters it is the type of accident that can occur place while you are under the influence of marijuana, although noting it is an "extreme example", but that is why he's pursing murder charges.

"I am reaching for that bar because the alleged actions were outrageous, and I want to make it clear that driving under the influence of marijuana is not going to be tolerated in Erie county," declared Flynn.

Flynn says he believes the alleged actions were depraved indifference that he must now prove in court.

"That his actions – the speed that he was traveling down a residential road – crossing Delaware – crashing into an apartment building and killing this 94-year-old innocent victim – in my opinion reaches the level of depraved indifference," Flynn said.

Flynn noted that the woman was hurt because the cieling came down on her from the crash impact and was buried in debris.

Alminate was taken to ECMC and tied a few days later. The crash caused $150,000 in damage to the building.

Harris is a former marine who was honorably discharged in 2011. He suffers from PTSD, depression and narcolepsy as a result of his service and takes multiple medications. Medical marijuana is one of those.

"Mr. Harris was what we believed to be a manic state was affected by some medication he was prescribe early for narcolepsy, and unfortunately this was a very tragic accident that happened," stated Frank LoTempio, attorney for Harris

Harris is charged with one count of Murder and one count of Vehicular Manslaughter. Bail is set at $50,000. Harris faces a maximum sentence of 25 years to life in prison if convicted.

"I can tell you that Mr. Harris is tremendously upset about this – in fact he is engaged in grief counseling for this too and is quite empathetic for the family because of the crash," remarked LoTempio.