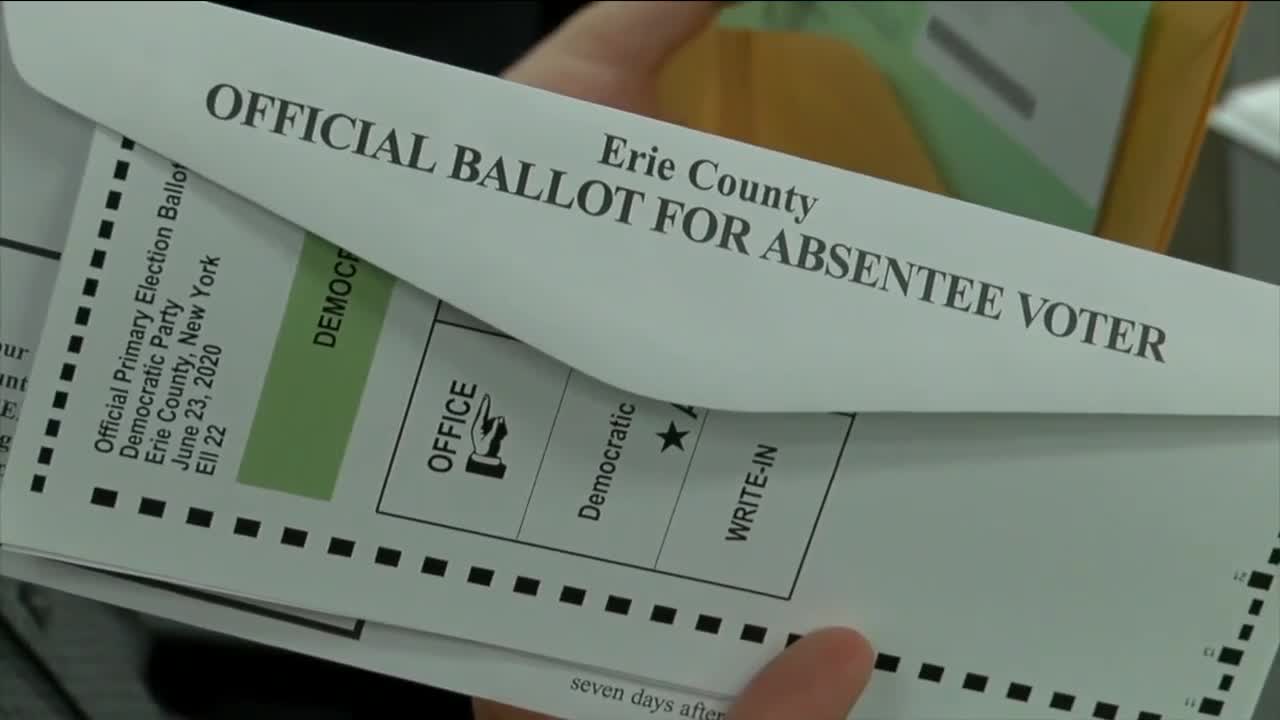 It is happening all across Western New York — mail delays. Two postal unions said leaving mail behind is one of several new directives from Postmaster General Louis DeJoy. For the United States Postal Service, any mail that comes past a certain point, simply will now not be delivered that day.

It is happening all across Western New York — mail delays. Two postal unions said leaving mail behind is one of several new directives from Postmaster General Louis DeJoy. For the United States Postal Service, any mail that comes past a certain point, simply will now not be delivered that day.

“This is a complete 180 from what we’ve done my entire career,” Lori Cash said. She is the President of the American Postal Workers Union Western New York Area Local 183 and represents 173 “mostly small and rural offices” in the region.

Cash said she has heard of pilot programs and cut-off times both at the plants for trucks delivering mail to smaller offices and also for mail carriers.

“This is not your letter carriers fault,” David J. Grosskopf, Jr. said. He is a fellow union President of the National Association of Letter Carriers Branch Three Buffalo and Western New York, which represents hundreds of letter carriers.

While in some parts of the country, customers have waited weeks for their mail, Grosskopf said across Western New York, it has been one to two days. He fears, though, it could get worse.

“For, like I said, almost 30 years I worked for the Postal Service, when we came in the morning, it was always the old mantra that whatever was there, went out that day and we delivered that— plain and simple. That’s no longer happening,” Grosskopf said. He continued, “With manpower, with COVID, with injured and sick letter carriers, manpower is at a premium at this point. And to the Postal Services’ credit here in the district, they’re holding it together pretty well.”

He said he has heard concerns from fellow letter carriers to management and many in-between including the public and small businesses concerning the delay in mail. Both Grosskopf and Cash urge the public to report any delayed mail to the Postal Service and to also contact local representatives to voice concerns.

“In my opinion, this is being done intentionally. There is an intention to try to destroy or besmirch the reputation of the Postal Service,” Grosskopf said.

The delays bring up a bigger question: the November election and mail-in ballots.

“I don’t want everybody to be worrying about their ballot getting lost in the mail. If they get it to us early enough, we’ll make sure it gets where it needs to go,” Cash said.

7 Eyewitness News reached out to Zellner’s Republican counterpart Ralph Mohr for comment, but have yet to hear back. Grosskopf took it a step further.

“I don’t want to use the word voter suppression because nobody wants to believe in the United States of America that’s happening, but the intentional delay of mail, with the destruction of this delivery network, I don’t know what else you can call it, Grosskopf said. He believed the newly appointed Postmaster General has “a lot of conflicts of interest.”

“On the surface we don’t know if that’s him trying to hurt the USPS in order for his companies maybe to gain some work for their companies. There’s the thought of hey — it’s out there. The president said he doesn’t like this, he’s afraid of this. This is the guy that the president wanted to be Postmaster General, so we can only assume if that’s the case, that’s another reason why we’re seeing a lot of these delays and/or failures,” Grosskopf said.

Regardless of reasoning, all three agree it will take communication, collaboration and funding for a smooth November election. The pending stimulus bill would grant $25 billion to the United States Postal Service.

“If we lose public confidence and trust, if we don’t get what we need from Congress, I don’t know what the future holds for the United States Postal service,” Grosskopf said.

The United States Postal Service released this statement on recent operational changes:
“The United States Postal Service is developing a business plan to ensure that we will be financially stable and able to continue to provide dependable, affordable, safe and secure delivery of mail and packages to all Americans as a vital part of the nation's critical infrastructure. The plan, which will be presented to the Board of Governors when it is finalized, will include new and creative ways to help us fulfill our mission, and will focus on the Postal Service’s strengths to maximize our prospects for long-term success.

In addition to developing a broader business plan, the Postal Service is taking immediate steps to increase operational efficiency by re-emphasizing existing plans that have been designed to provide prompt and reliable service within current service standards. By running operations on time and on schedule, we will enhance our ability to be sustainable so that we can continue to provide high-quality, reasonably-priced service to all people and businesses in the country."