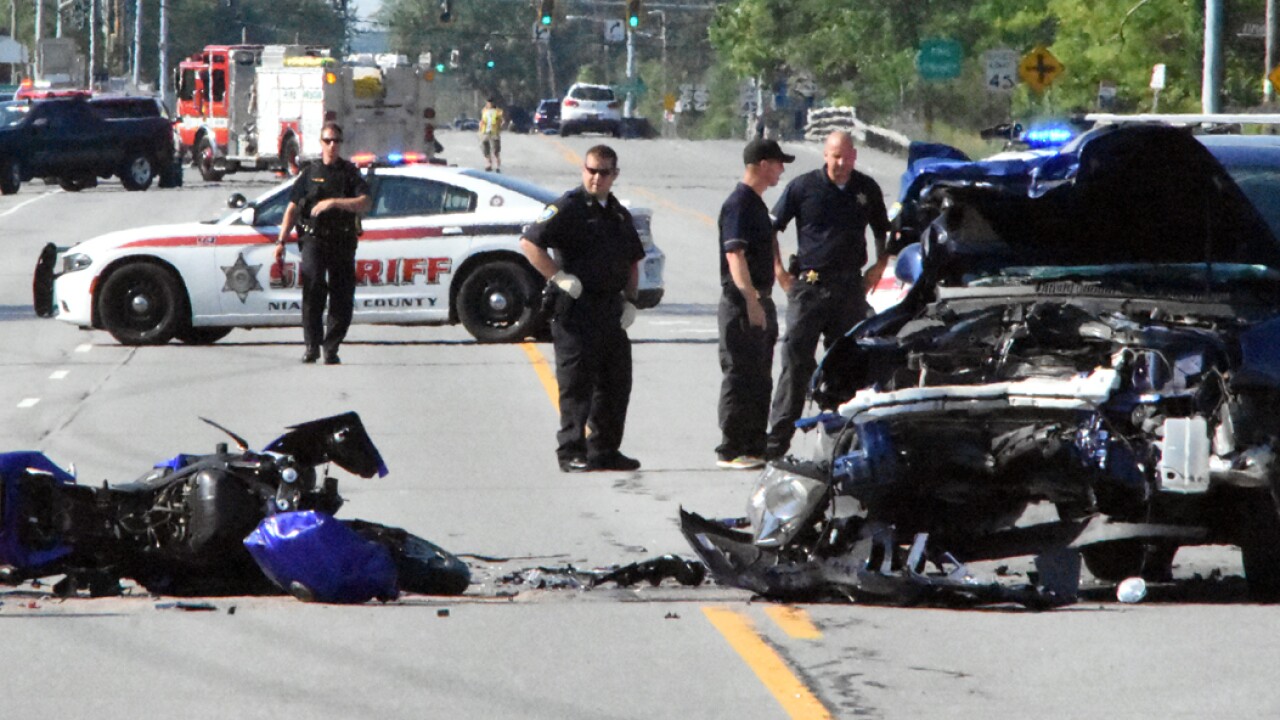 A fatal motorcycle crash occurred on South Transit Road in the Town of Pendleton July 3.

TOWN OF PENDLETON, N.Y. (WKBW) — A Lockport man is dead after a motorcycle crash on South Transit Road in the Town of Pendleton, the Niagara County Sheriff's Office announced.

The crash occurred just before 8 a.m. Friday in the area of South Transit and Tonawanda Creek Roads.

31-year-old Michael Hixenbaugh of Lockport was traveling south on South Transit Road with two other motorcycles when he was struck by an SUV traveling east on Tonawanda Creek Road.

Hixenbaugh was taken to Millard Fillmore Suburban where he later died.

The sheriff's office says its continuing to investigate at this time, no charges were announced.