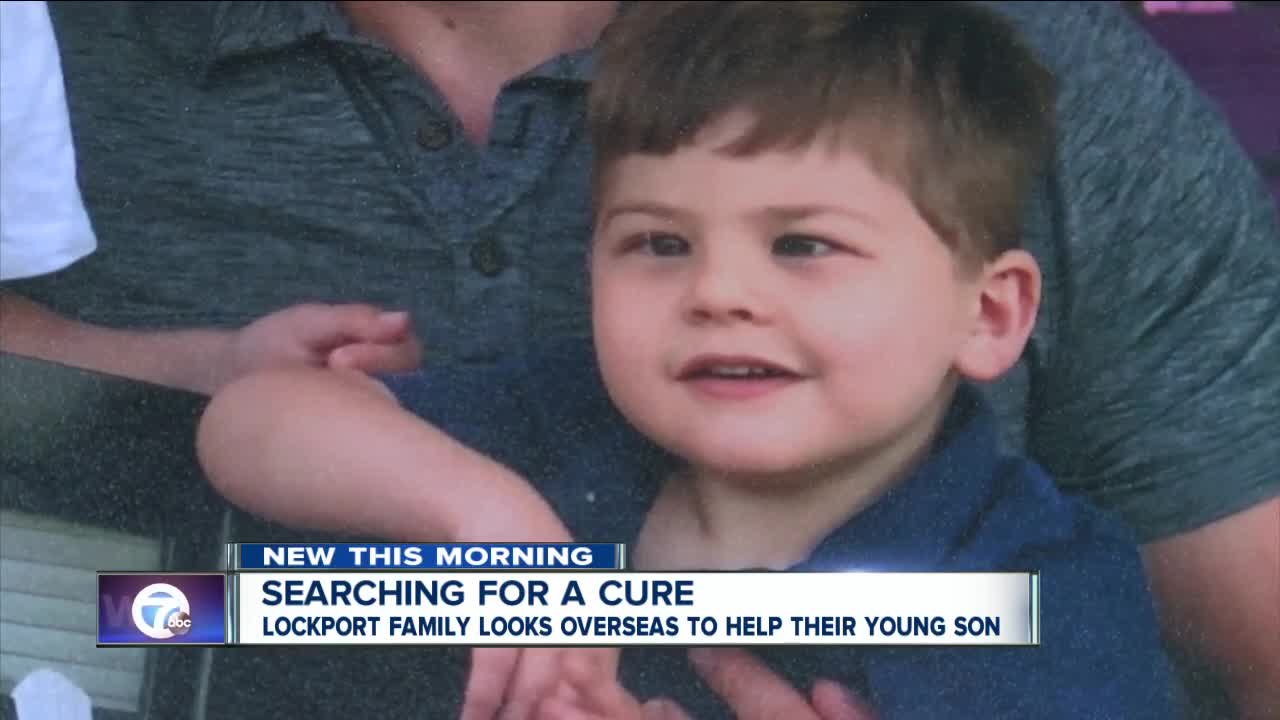 He's a smiley four year-old living with a disorder only three other children have in the U.S, only 14 children worldwide. 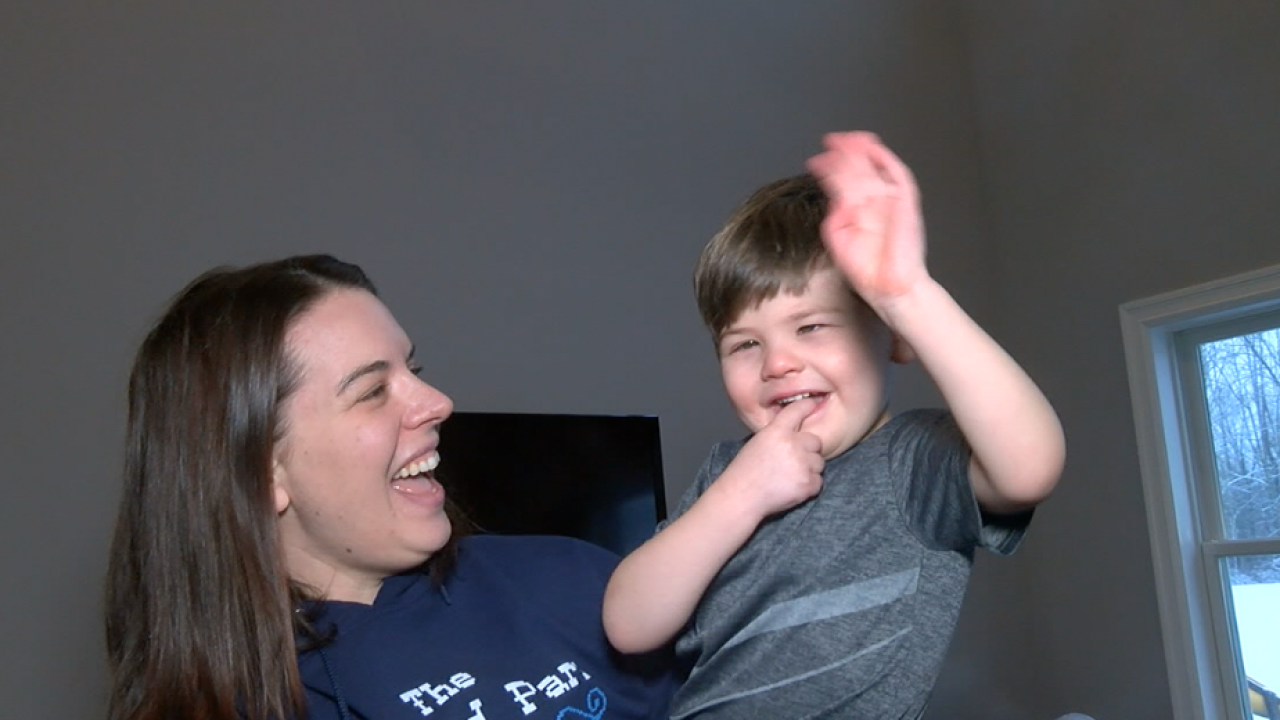 LOCKPORT, N.Y. (WKBW) — He's a smiley four year-old living with a disorder only three other children have in the U.S, only 14 children worldwide.

It's called Spastic paraplegia type 52 (SPG52), an AP4 gene mutation disorder that affects a child's ability to walk and talk. Dante Fick from Lockport wears his Buffalo Bills braces to walk and can say a few words. He is living with this extremely rare disorder and his family is hoping to one day find a cure.

Carrie Fick, Dante's mom-- says the disorder is similar to cerebral palsy. As Dante gets older, his condition will progress.

"There's no cure or any real form of treatment, but really we are trying to do whatever we can to help him feel better and help him get around," Carrie said.

Carrie is teaming up with other families across the world to raise money for research to try and fund clinical trials that could create a treatment to stop the progression of the disease.

Families in Portugal have raised $30,000, families in Spain raised $11,000, and the Fick Family has almost $5,000. The families are trying to ultimately raise $3 million to fund clinical trials for a treatment. A global effort for an ultra-rare disorder.

"You want to do anything you can to help your children," Carrie said. She worked with 26 Shirts here in Buffalo to create a fundraising campaign that made almost $3,000. Now, the family is hosting a shoe drive.

The more shoes, the more money that goes towards research. Carrie is working with Funds2Orgs. The non-profit will collect the shoes and give them to people in need while Carrie will receive a check for the amount of shoes they get. Any and all types of shoes execpt ice skates.

But it's not just about raising money for this family, it's also about sharing Dante's inspiring story.

"Let people know how amazing he is for everything Dante has gone through and raise awareness," Carrie said.

If you would like to donate money you can find the GoFundMe link here.
To learn more about Funds2Orgs.
More information about AP4S1.