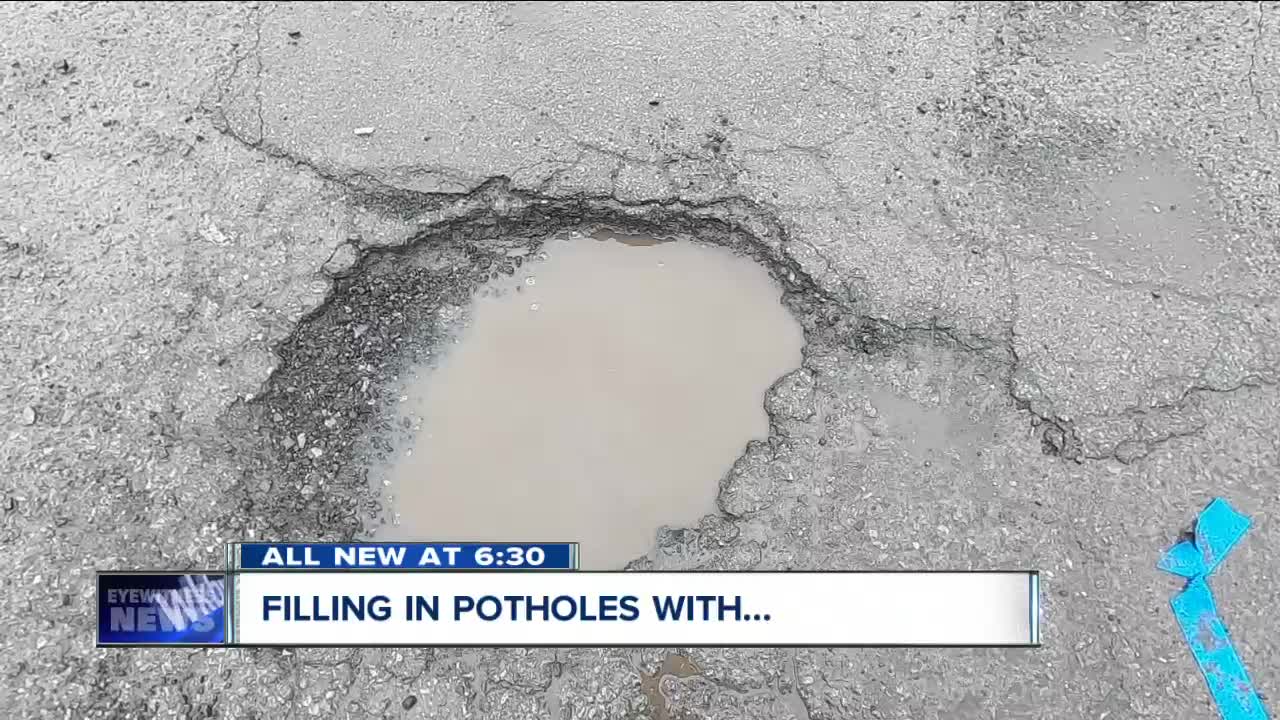 CHEEKTOWAGA, N.Y. (WKBW) — The potholes around Western New York can get ridiculous this time of year, and they'll only get worse as the ground thaws more.

That's why WYRK radio personality Rob Banks goes around Western New York finding the worst potholes in the area, but not with asphalt.

He fills them with all sorts of stuff.

"We live in Buffalo," Banks said. "Everybody knows where the potholes are. Everyone knows how bad the potholes are if you have to turn down the music or you popped a tire then that's a bad pothole."

Banks has done this for a few years and to start the 2020 season, he headed to Walden Avenue and Pine Ridge Road in Cheektowaga, and got Macy's Place Pizzeria to donate chicken wings and bleu cheese, to fill one pothole up.

"The whole thing started with going down transit road in Amherst and you are going down the road and you're like, 'dang it! I think I popped a few tires!'" Banks said. "One time it actually happened and we said you know what we are going to fill it one day and it got a little out of control and now we are filling potholes with some funny stuff trying to cause some awareness in each town to some of the biggest potholes that seemingly don't get fixed fast enough."

There's been some memorable things Banks has filled potholes with.

"Some of the crowd favorites: we planted a garden in Alden, we put spaghetti in Cheektowaga. Riverworks we had a giant bowl of Cheerios," Banks said. "Most important thing is we always clean it up and two we really do save a lot of the food everyone thinks oh you wasted all that food but we do eat a lot of it. There's a prize at the end of the project!"

There was something covering the pothole, so many of the wings were saved.

Lol There are a zillion potholes around Buffalo so, I went to each town looking for the worst of the worst. Cheektowaga: Walden at Pine Ridge you're up first. • (P.S.--There is something in the hole, to allow easy clean up/give the wings to Town workers after) thanks, @macysplacepizzeria!! •North Buffalo, you're next.

Banks says some of the local municipalities call him to ask exactly where he finds certain ones. He says they do the best they can but it can get hard to fill all of them.