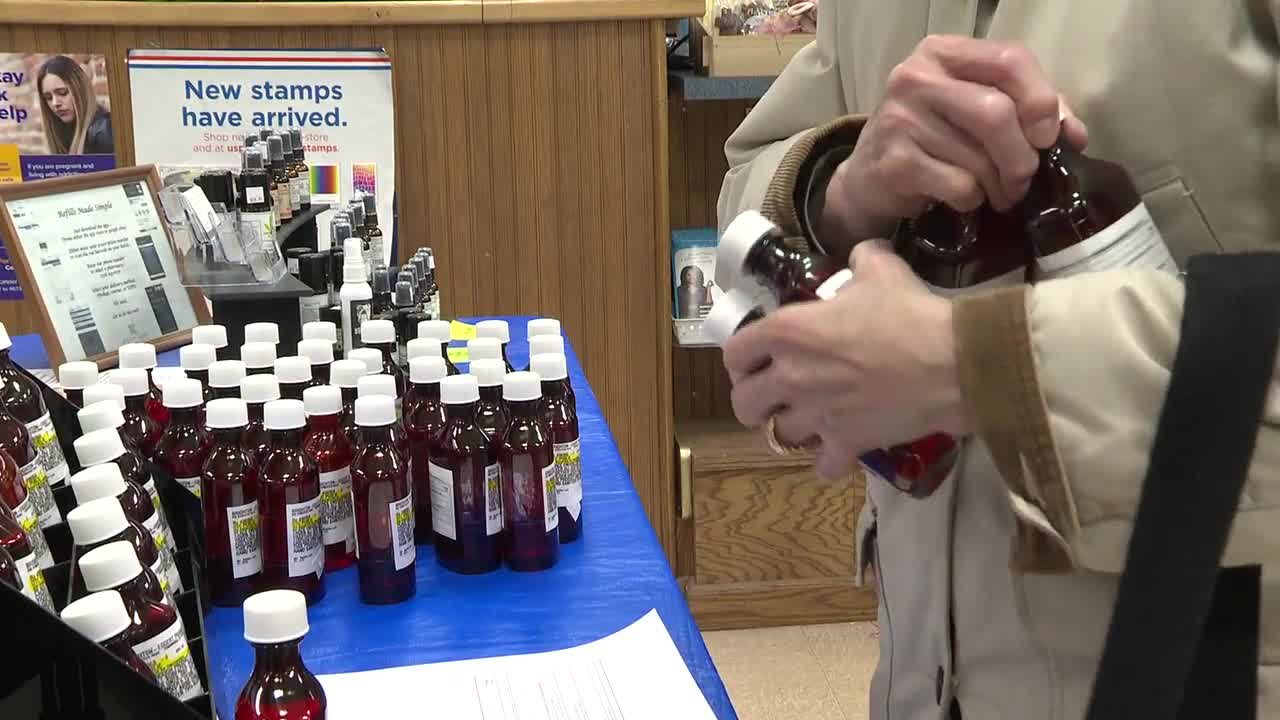 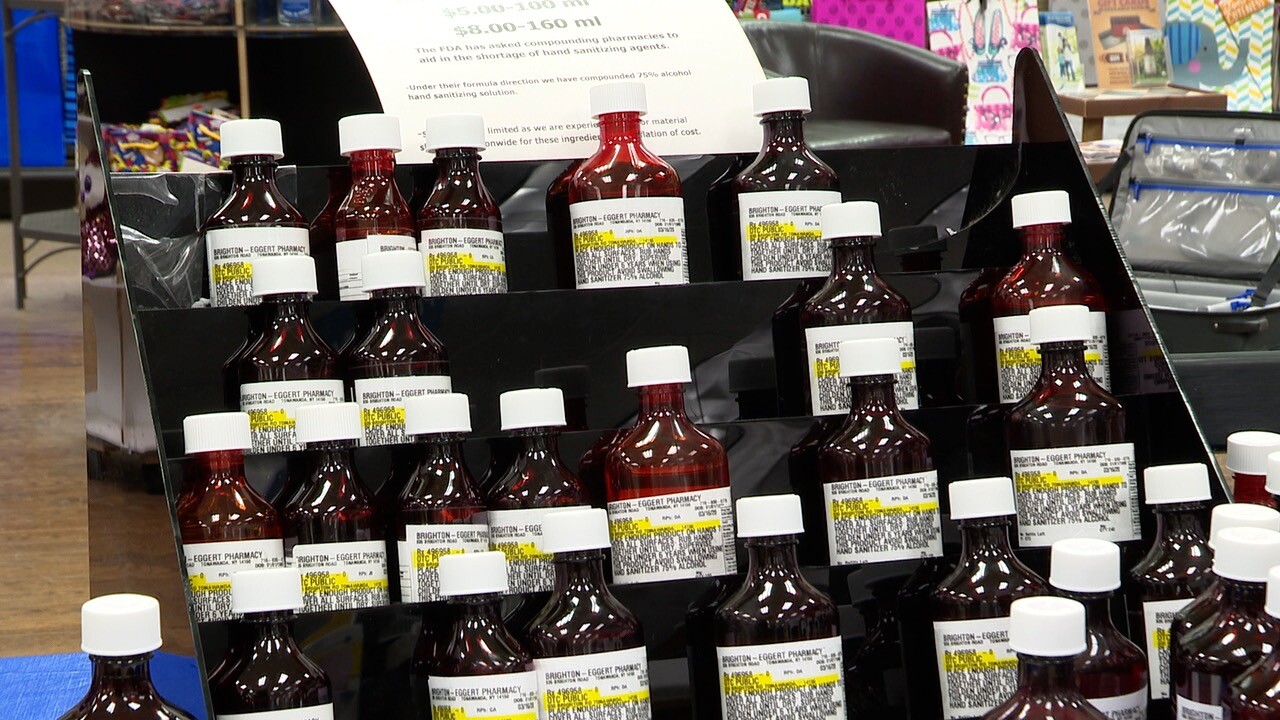 TONAWANDA, N.Y. (WKBW) — Whether it be online or in stores, hand sanitizers are flying off the shelves.

But at Brighton Eggert Pharmacy in the Town of Tonawanda, workers are stocking hand sanitizers by the hour. Sanitizer that's being made in their own compound lab.

"We're not a manufacturing facility and we've never done anything like this before," pharmacy owner Donald Arthur said. "We're kind of learning as we go along."

Following a specific formula from the FDA, the pharmacy was able to purchase all the necessary ingredients to make around 10,000 bottles of sanitizer. But it's not your typical gel solution.

"It's not a formula they're used to," pharmacy general manager Susan Arthur said. "I'm also putting it in their hands so they can see, I'm using it as well, so they're seeing it's effective."

The formula consists of four main ingredients: isopropyl alcohol, glycerin, and small amounts of hydrogen peroxide and purified water. They're working roughly ten hours a day and have so far made 2,000 bottles.

At this point, it's all about keeping up with the high demand.

"We're reaching out to everyone that works at the pharmacy and we're gonna try to run this as late as possible," Donald said.

Aside from the normal customers, the pharmacy has been contacted by larger offices so the demand continues to rise. But at the end of the day, it's the loyal customers in this community who come first.

"My regular customers are elderly and for the past two weeks, they've been walking in and walking out empty-handed," Susan said. "So for that reason alone, we're very happy we can make it for them."

So far the pharmacy has three different sizes available which begin selling at $5.00 a bottle. The solution can also be found at Black Rock Pharmacy in Buffalo.