Local pastor spends a Week on the Streets with Buffalo's homeless

The goal is to raise awareness about those less fortunate 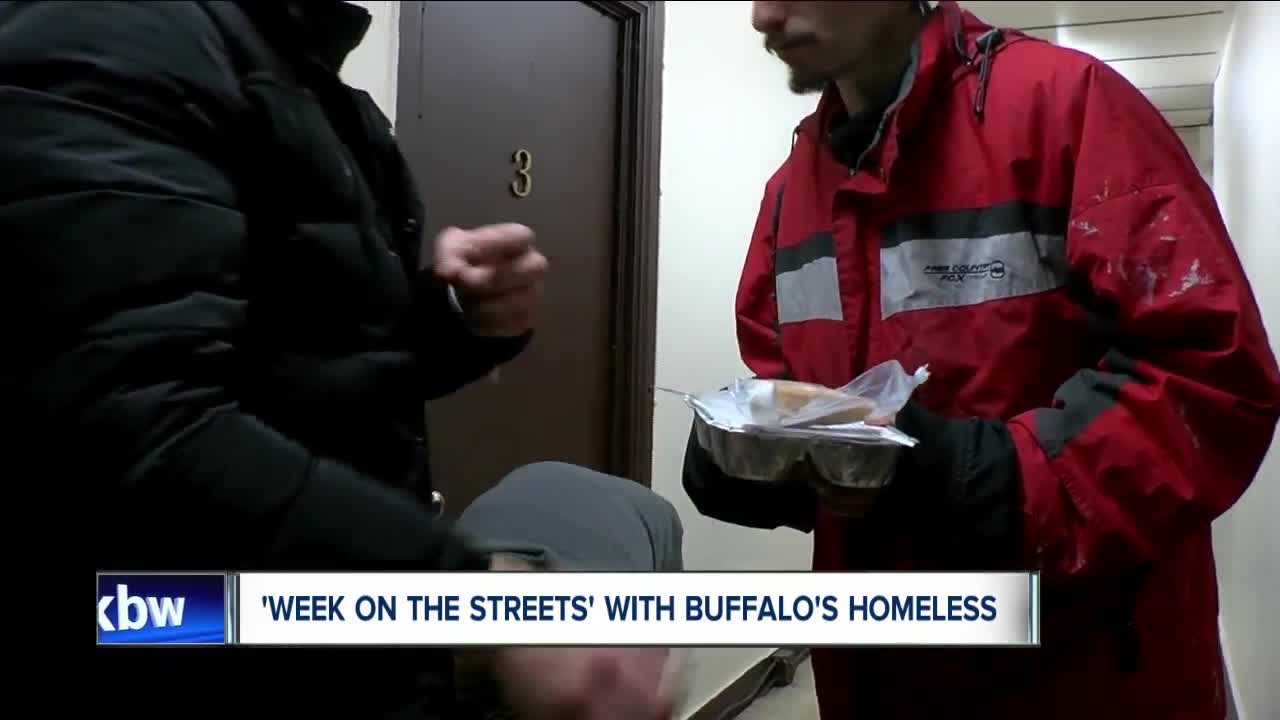 Pastor Eric Johns has been living under an overpass since Monday to understand what homeless people go through everyday.

BUFFALO, N.Y. (WKBW) — Pastor Eric Johns has been living under an overpass since Monday to understand what homeless people go through everyday.

"A lot of my day revolves around meals at soup kitchens, walking from one meal to another," he said.

But on Thanksgiving day he's getting together with his family to give out turkey dinners to those less fortunate. It's something he and his family have been doing more than 20 years.

And now he's hoping to pass the baton over to his sons, who have been doing this since they were little.

"Growing up I thought it was a normal thing, just going to soup kitchens and talking to people," said 15 year-old Nathaniel Johns. "And so just growing up my parents always included us into the ministries that we do so I've always loved doing it."

As they handed out 250 turkey dinners across the city, they got to see some familiar faces.

"It's awesome 'cause me as a kid I've known all these people and I've always been doing stuff like this," said Nathaniel. "And they've seen me grow up and I could talk to them, joke around with them like I've known them forever."

"When this is all done on Saturday I come home, it's actually the first day of our volunteers to come and start wrapping Christmas presents. So we're going to wrap about 5,000 brand new presents for kids and we've already packed 3,000 of food," he said.

But for now, he's headed back to the streets to continue to walk in the shoes of those who are less fortunate.