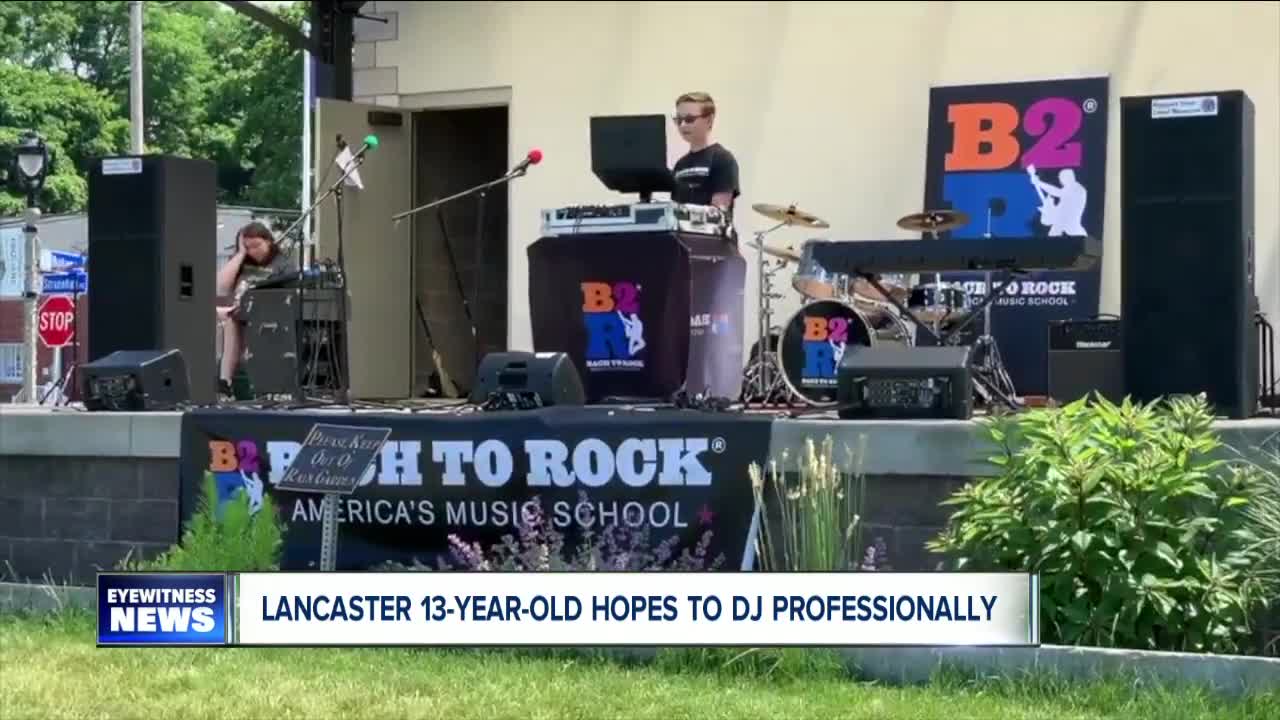 Erik Slimko -- also known by his stage name "Wildfire" -- has a passion for music.

LANCASTER, N.Y. (WKBW) — In a neighborhood off of Transit Road in Lancaster, 13-year-old Erik Slimko can often be found practicing being a DJ in his basement.

Slimko -- also known by his stage name "Wildfire" -- has a passion for music. The 8th grader fell in love with the craft two years ago after stumbling across a video of popular electronic dance DJ Skrillex.

"It really caught my attention, I thought it was really cool...I couldn't get my eyes off of it. It just made me really inspired," Slimko said.

His parents, though, said it wasn't easy finding a music school in Buffalo specializing in DJ lessons, so they drive to Rochester and back several times a month. His first main festival was this summer at Wing Fest in Downtown Buffalo.

Last month, he won First Place for "Best Mix Execution" at Battle of the DJs in Rochester. His parents add he was one of the youngest in the competition.

He hopes one day to become a professional DJ and follow in the footsteps of his idol Skrillex.