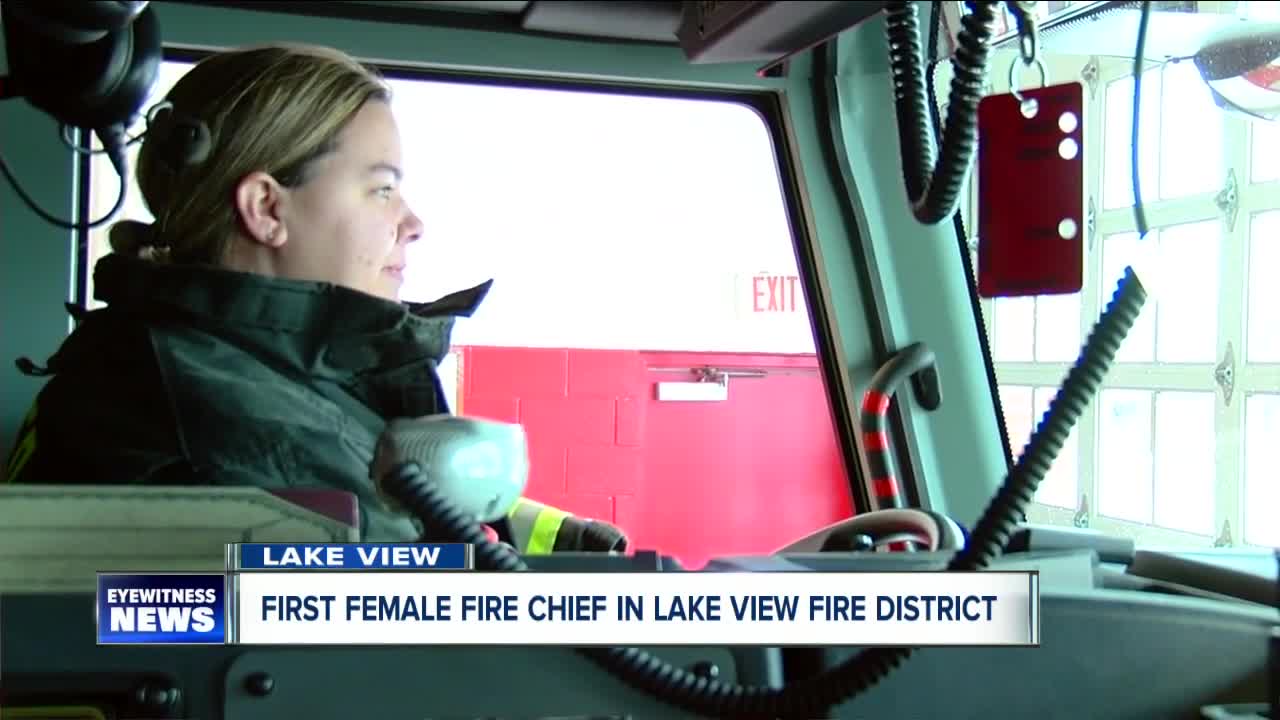 "It's just showing to other girls out there it's possible. It can be done. We can do it," said Brittany, "I do have a lot of weight on my shoulders now, but my main goal when I joined the fire department was to follow in my fathers footsteps and I succeeded and here I am."

Brittany's dad is a former fire chief and is the current president of the Lake View Fire Association. Her mom is the treasurer.

"It was in her blood. We had no doubt she'd be a member," said Jill Jewett, Brittany's mom.

"You go from being daddy's little honey bunny to now I go out on calls and she's like you have to listen to me," Gene Jewett, Brittany's dad, said, "She was always there following me. No matter where I went, she was."

The family shares a great deal of their memories at the fire house. They've spent years working, cooking and helping out there. Brittany frequently joined her dad in the truck on calls.

"She actually got on the radio and called Hamburg Control at two-and-a-half years old. She actually put on the megaphone too. She had the loud speaker, and she was talking saying 'Daddy!" Jill said.

The family firefighting tradition goes beyond her parents. Brittany's a fifth generation firefighter. Her great-great grandfather was the first Lake View fire chief back in 1924. Over the years the entire fire department has become family.

"It's our second nature. It's our other family. People here, they're not just friends. They're a second family," said Brittany.