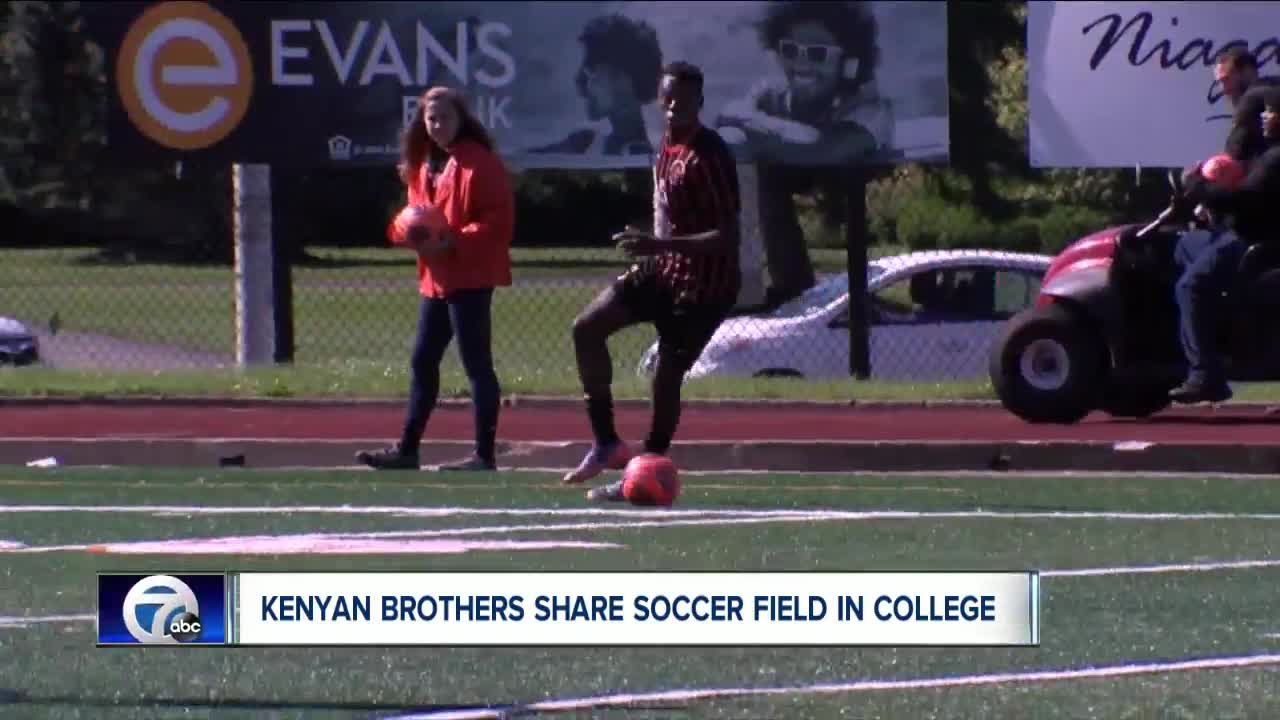 "Kids are usually playing with toys, and having fun with family, but us, we're looking for our next meal. We're walking to get water," Salim said.

His parents had been waiting for their visa to be approved since before he was born. While they were waiting, his younger brother, Abdi, contracted malaria.

"I think I got bit by a mosquito," Abdi said. "I was malnourished; we didn't really eat well. With those conditions, it just made the sickness worse."

Once Abdi was cured, the Salim family's visa was approved in 2003. When they moved to Buffalo, it was a different world to them.

"Everything looked like a whole technologically advanced world," Saleman said. "Coming here and seeing your first car, like, 'How's it moving? What's going on?' I asked my dad, and my dad didn't know!"

Saleman, Abdi, and their cousins started playing street soccer once they came to the America. Abdi always felt like he had something to prove as the youngest of the bunch.

"I didn't get the full skills, I was just playing goalie," Abdi said. "And then one day I said, 'You know what? I want to play with them.' So I started practicing by myself around seven or eight."

As they worked their way up the age groups in various soccer clubs in Western New York, Saleman and Abdi never had the chance to play organized soccer together until this season.

"It's a blessing," Abdi said. "I feel good now that we're playing together."