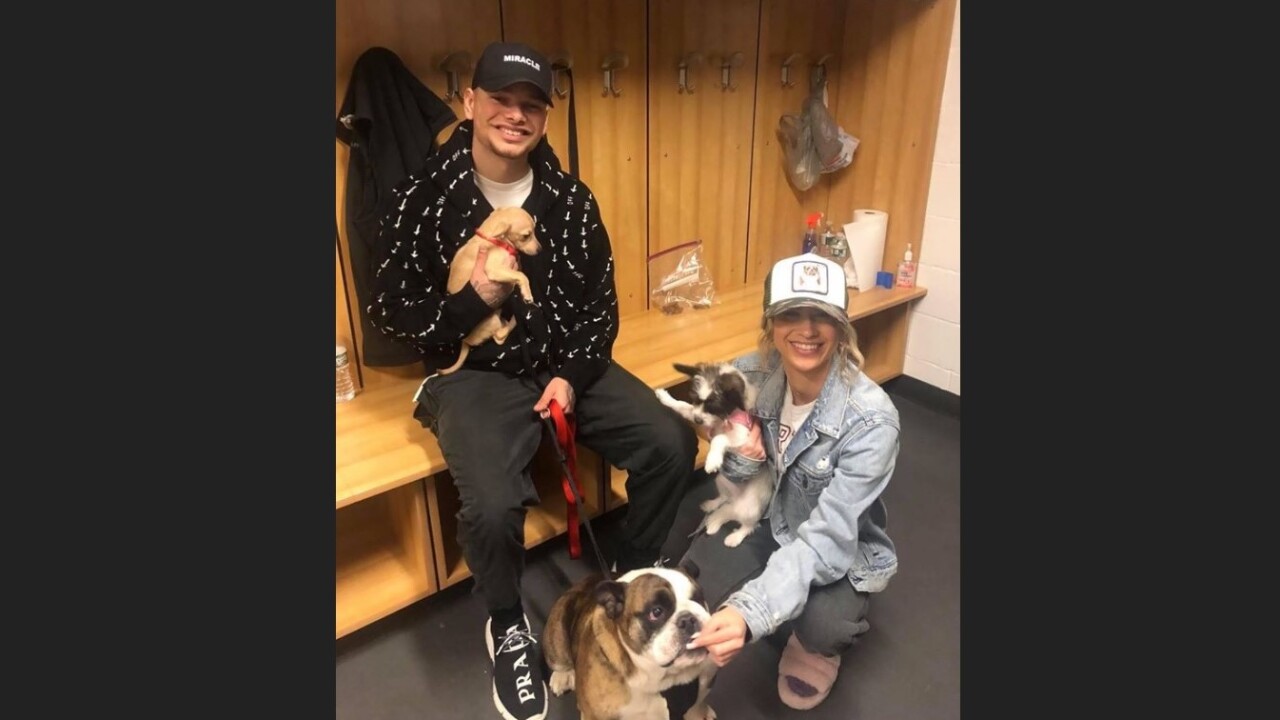 BUFFALO, N.Y. (WKBW) — Country music star Kane Brown was in Buffalo for a concert at the KeyBank Center Saturday night and he spent some time with local rescue dogs before the concert.

Pixie Mamas Rescue, a foster home-based nonprofit dog rescue in Western New York, says they received an email early in the week asking if they would be interested in bringing dogs to the concert to spend time with Brown and his crew.

The local rescue says they agreed to it and had a great time and even met Brown's bulldog named Rambo.