Justice Ginsburg, the inspiration behind some UB Law students entering the legal field 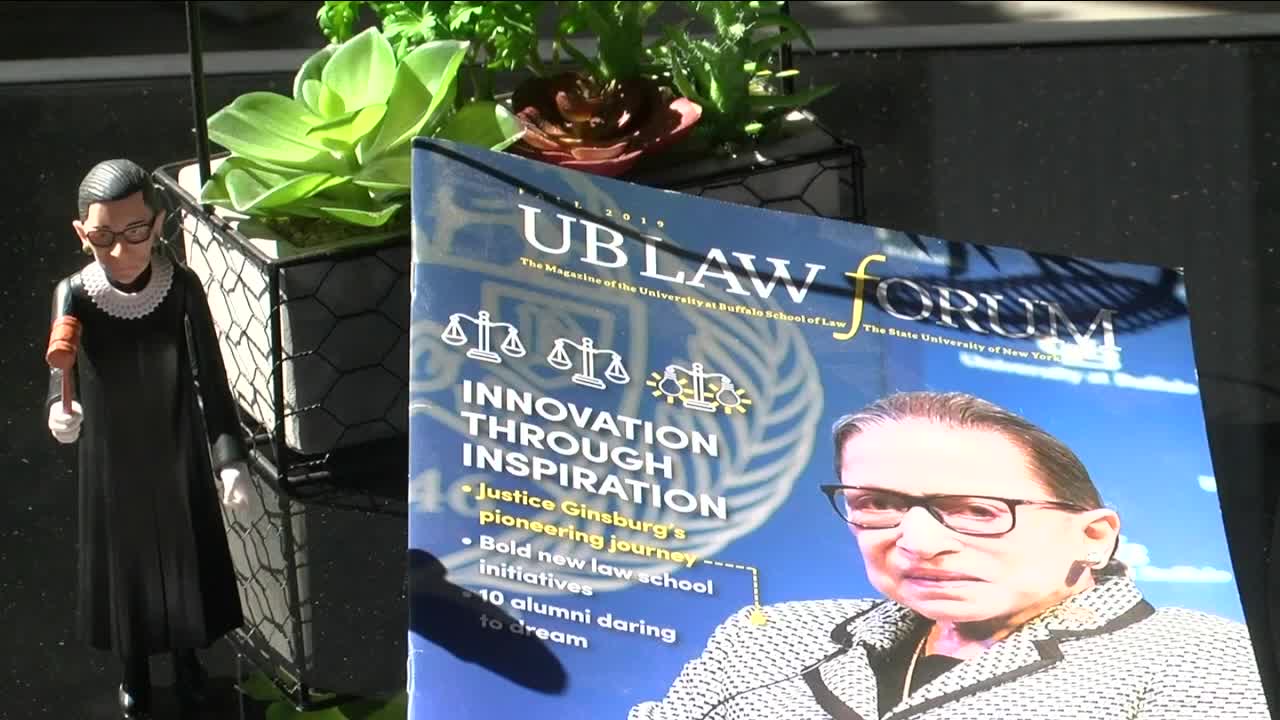 The second woman to sit on the nation's highest court is an inspiration for the next generation of lawyers studying at UB Law School. BUFFALO, N.Y. (WKBW) — The second woman to sit on the nation's highest court is an inspiration for the next generation of lawyers studying at the University at Buffalo Law School.

Samantha Gier is a second year student at UB Law and has a variety of Ginsburg memorabilia, including shirts, face masks, books, a calendar, and an action figure.

“I quoted her on my personal statement to get into law school," Gier said. "The day that I decided what law school I was going to go to, was the day that they announced she was coming to UB and I was like well this is the sign from RBG herself that I should be here."

Justice Ruth Bader Ginsburg died Friday at the age of 87. Ginsburg received an honorary doctorate from UB just over a year ago. Gier was part of a constitutional law session taught by the justice.

“It was just life changing to hear her talk and realize that what she has is attainable,” she said.

UB said the Ginsburg display case next to the law library was put up ahead of her visit, but remains in her honor because the visit made such an impact. Second year student Karen Lillie was in attendance.

”In that talk, I was reminded that she was also a woman who went to law school with very young children- like myself- and if she could do it, than so could I,” Lillie said.

Christina Cottone learned about Ginsburg through Google searches of women in law during high school, and said learning about the justice influenced her career choice.

“I think even if I hadn’t chosen law, she still would’ve inspired me to be myself, be a strong person, and really do what you want to do with your life,” Cottone said.

In her 27 years on the Supreme Court, Ginsburg wrote well known opinions such as U.S. v. Virginia, which allowed women to attend the then all male Virginia Military Institute. Both Cottone and Gier said it's the dissents that will stick with them.

“She had this great quote about dissenting opinions that a hopeful dissenter doesn’t write for today, but writes for tomorrow," Gier said. "And I think that she lived her life and led her life today so that we all, especially females, can have a better life in the future.”