Is "Roll Up the Rim to Win" all wrapped up? 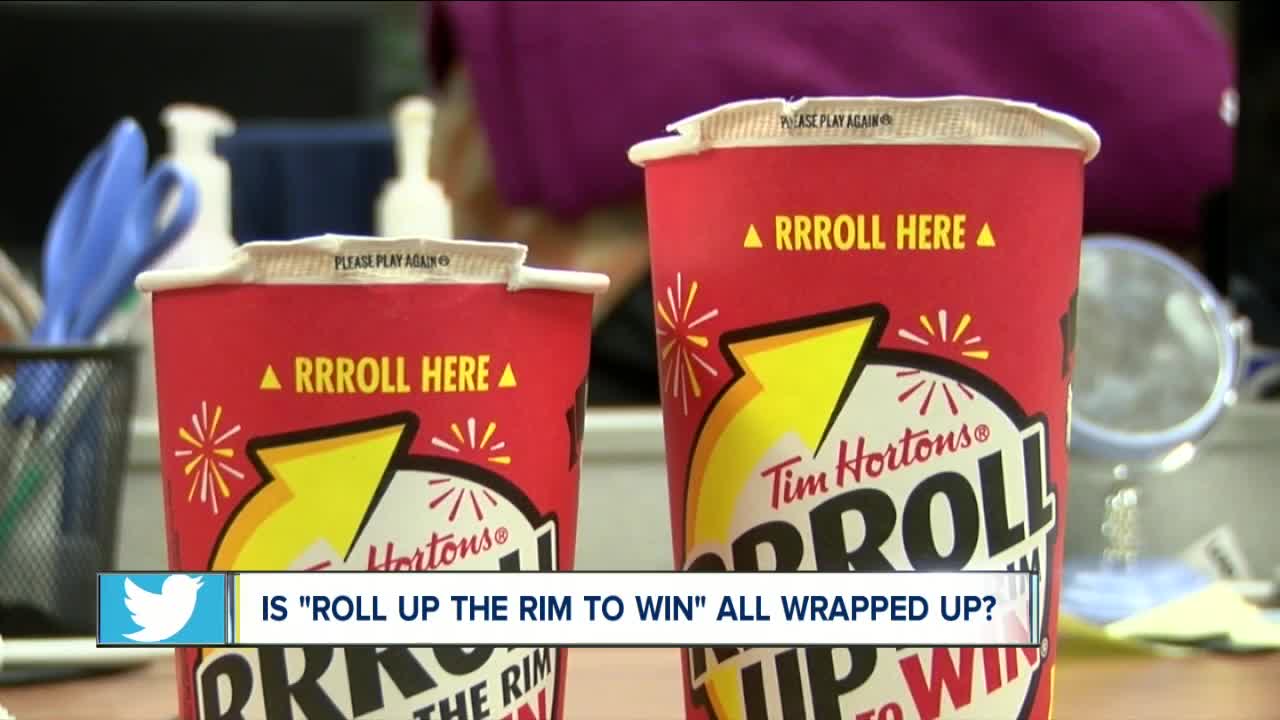 Is time up for a Tim Hortons tradition?

BUFFALO, N.Y. (WKBW) — Is time up for a Tim Hortons tradition?

The fan favorite contest, “Roll Up the Rim to Win” started in 1986 and allows customers to get a variety of free food or coffee, including a chance to win bigger items, like a car.

The promotion was rolled out each February over the past three decades, but customers have not yet seen it this year.

As first reported in the Buffalo News, turns out, Tim Hortons has given away too much free stuff.

Last year, the company introduced a new loyalty program. It was so popular, it caught Tim Hortons and its parent company, Restaurant Brands International, by surprise.

During a fourth quarter investor call, it was announced that “Roll Up the Rim” is on hold while Tim Hortons focuses on a second phase of customer sign-ups with the new ‘Tim’s Rewards.’

Customers say they’re holding out hope that the contest will return.