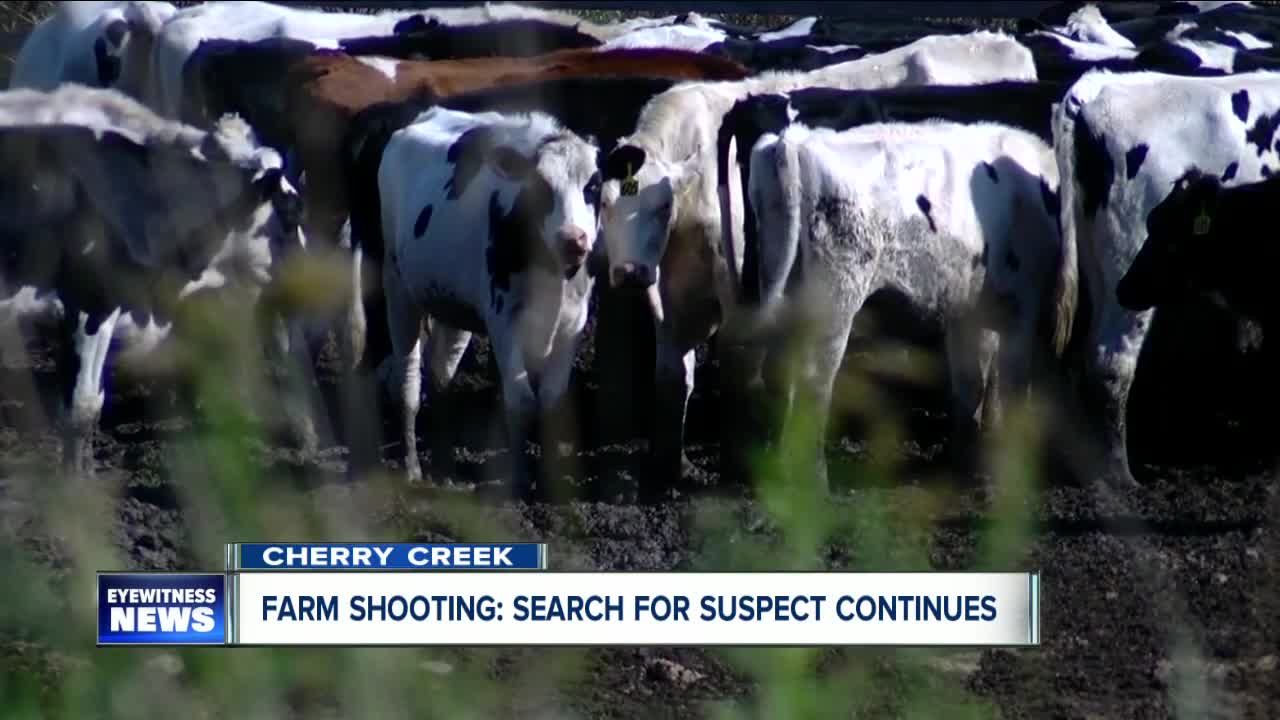 CHERRY CREEK, N.Y. (WKBW) — Town Supervisor Bill Young said Cherry Creek is a great place to raise a family - a wholesome place with a population of about 1,500 people.

He said the town's quiet nature is why everyone is shocked that someone shot 53-year-old Nelson Noble multiple times on his farm on Route 83 one week ago. Young said Noble owns the largest dairy farm in Western New York and owns a great amount of land around the Cherry Creek area.

"It's a shocker. People have called it surreal. It's like this doesn't happen, and it did. It brought everything close to home because it is home," Young said.

Michael Isula moved to Cherry Creek for the land and way of life years ago. He also said these kinds of actions don't usually happen in Cherry Creek.

"We never imagined anything like it would happen. It's a small town. Everybody's pretty close, tight knit," said Isula.

State Police spokesman James O'Callaghan said Noble was released from ECMC over the weekend. While the scene has been cleared, the investigation is still active. State police are looking into evidence gathered at the scene and interviewing those who know Noble.

"We know that Mr. Nelson has a routine on the farm. He wasn't inside a residence or a building. He was outside," said O'Callaghan.

While the motive is still under investigation, O'Callaghan said police are confident this is not a random attack or robbery.

"It was not a robbery of sorts. Nothing appeared to be taken from the home, dairy farm, or Mr. Nelson's persons," O'Callaghan said.

If you have any information that could help this investigation, call the New York State Police tip line at 585-344-6200.