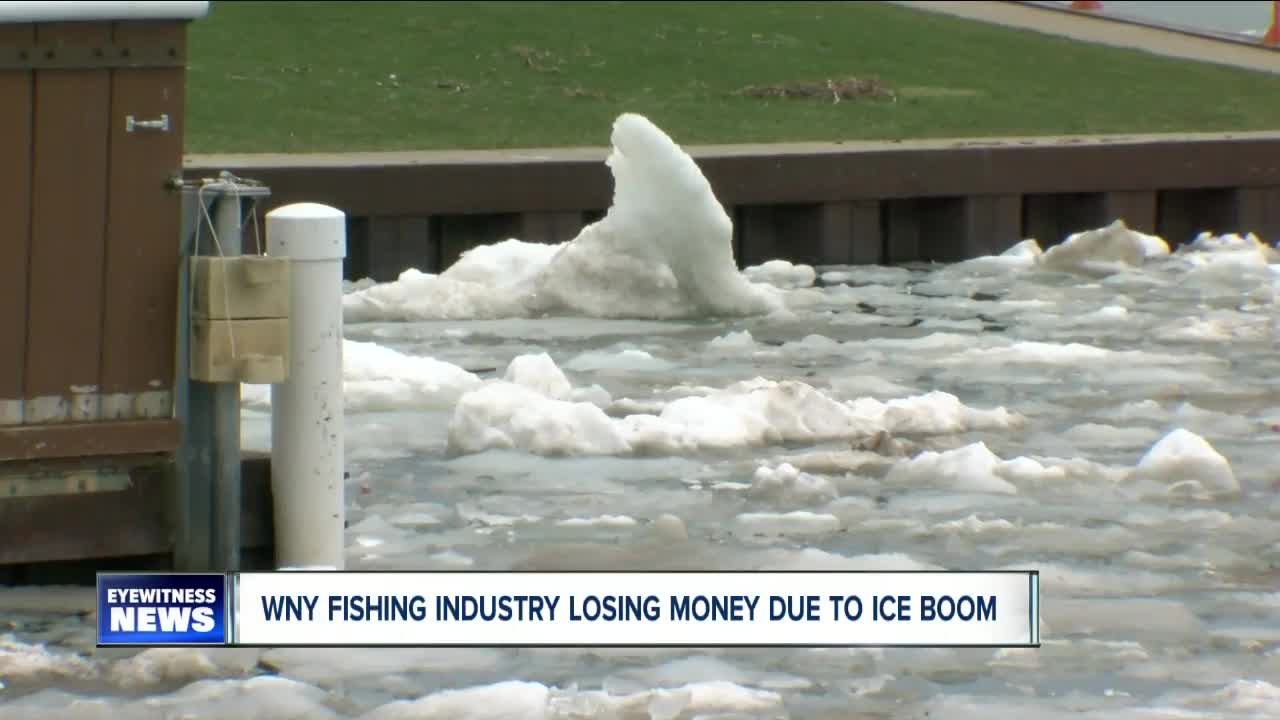 Local Lake Erie charter boat captains are not happy that the ice boom is still in place. 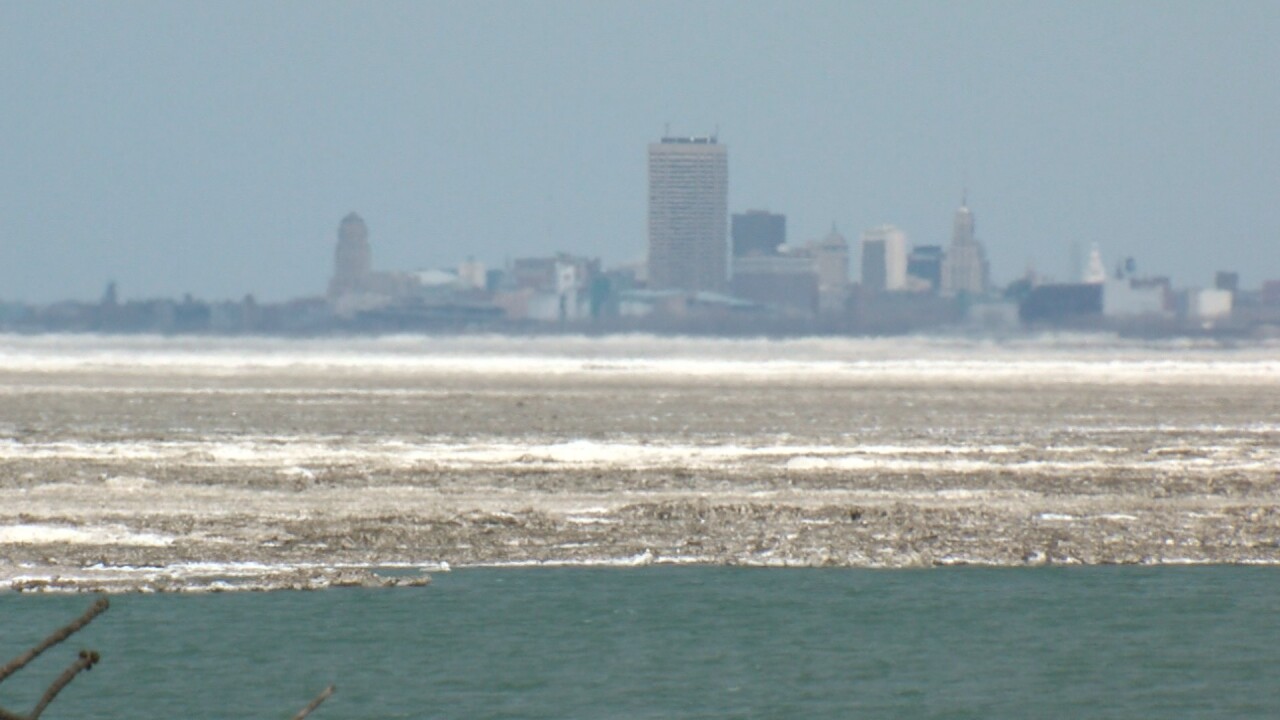 TOWN OF EVANS, N.Y. (WKBW) — Lake Erie charter boat captains are not happy that the ice boom is still in place.

There is still so much ice in the eastern-end of Lake Erie that the captains fear it will sink their early-May fishing business.

Charter Boat Captain Jim Hanley, a 40+ year veteran of fishing excursions, said the economic loss could be $400,000 when you factor in the charters, restaurants, hotels, sports shops and gas stations.

Hanley said people come from across the country for small mouth bass fishing on Lake Erie in May and those reservations are made long in advance.

Even when the ice boom is removed, Hanley said it can take two weeks for the winter ice and debris to flush out from Lake Erie.

There are approximately 50 Lake Erie charter boat captains being affected, said Hanley, who added all are equally upset.

7 Eyewitness News Reporter Ed Reilly spent the day talking to people who have concerns about the ice boom and its effect, including an Evans bait & tackle shop, and a self-described independent researcher who has looked at the ice boom effect for many years.

The New York Power Authority (NYPA) said that scientific studies don't support the claim that the ice boom is having a negative effect. See below for a more detailed explanation from NYPA.

WHEN IS THE ICE BOOM COMING OUT?

The International Joint Commission determines when the boom should come out - which by rule is when there is 250 square miles, or less, of ice in Lake Erie.

The following press release was issued Thursday April 18th by the U.S. Army Corps of Engineers and the New York Power Authority:

The area of ice on eastern Lake Erie as of April 18, 2019 remains above 250 square miles (650 square kilometers). However, warm temperatures are forecasted for the coming days so ice cover is estimated to be below 250 square miles (650 square kilometers) by Monday April 22. Considering this and the absence of an ice buildup in the Maid-of-the-Mist Pool below Niagara Falls, preparations are underway to begin a staged removal of the Lake Erie - Niagara River Ice Boom.

If weather conditions allow for safe working conditions, and ice has melted as anticipated, crews from the New York Power Authority will begin opening the boom's 22 spans on Monday April 22, 2019. Progress on removal operations will be provided on the Board's web site at: https://urldefense.proofpoint.com/v2/url?u=https-3A__www.ijc.org_en_nbc_watershed_ice-2Dboom&d=DwIFAg&c=aLv4kG3eFBuAUFgZFQ07JQ&r=Bov0_M7UlMD93hPJeNHIKFHfv70nmW8Dq56oT2XApew&m=hUxuVjeY927fAojDo1Q0bqL30b3K383OUX9tJueR9mA&s=7cEBGdtn3G8QBw52SmWR-AOg3pBouM-C6r3tffIrYBM&e=. Last year, the boom opening began on April 10. The latest date for the start of the boom opening was May 3, 1971, while the earliest start date was February 28, 2012.

The ice boom is owned and operated by the New York Power Authority and Ontario Power Generation. The use of the boom is authorized by the International Joint Commission with its International Niagara Board of Control overseeing the installation, operation and removal.

Each winter since 1964, the Lake Erie-Niagara River Ice Boom has been installed near the outlet of Lake Erie to reduce the amount of ice entering the Niagara River. Reduction in ice entering the river reduces the potential for ice jams, which can result in damage to shoreline property and significantly reduce water flow for hydro-electric power production.

While there are many who believe the ice boom affects our spring weather and the amount of ice in Lake Erie, the New York Power Authority (NYPA) argues that scientific studies do not back that up.

According to a NYPA spokesperson: "A study completed by the National Academy of Science in 1983 and a follow-up in 2005 by Geographers from UB and Buffalo State found “no statistical evidence to support perceptions that the Ice Boom has retarded ice dissipation or caused cooler air temperatures in the vicinity of Buffalo during the spring months March, April, May.” National Weather Service studies in 2005 and 1998 found the boom had minor (described as two days) or no effect on the last “ice-out” day on Lake Erie. Yes, it will be warmer inland than near Lake Erie depending on wind direction just as Lake Ontario affects temperature. It’s a natural impact and not caused by the ice boom. Predominant southwest winds push lake ice up toward the mouth of the River so it is not unusual for it to accumulate at the restriction point and be the last area to melt."