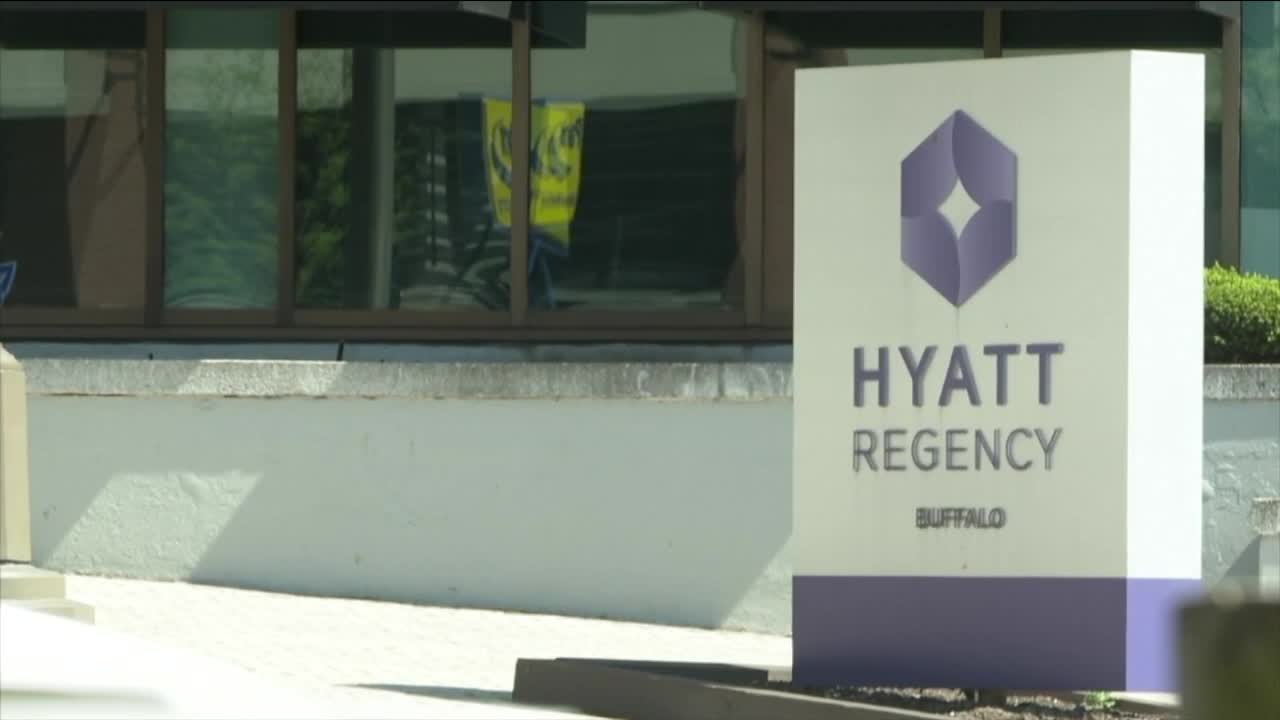 The Hyatt Regency, the second-largest hotel in downtown Buffalo, is closing its doors for good. BUFFALO, N.Y. (WKBW) — The Hyatt Regency, the second-largest hotel in downtown Buffalo, is closing its doors for good.

A Hyatt spokesperson tells 7 Eyewitness News the 396-room hotel, which suspended all operations on April 1 due to the COVID-19 pandemic, will no longer be affiliated with Hyatt as of June 1.

"Unfortunately, as Hyatt will no longer be operating the hotel, we've been forced to make the extremely difficult decision to implement layoffs across our hotel workforce," a spokesperson said in a statement. "A priority for us is to ensure our colleagues are being cared for during this situation."

The chain says it is working to notify guests and customers of the situation and help them make alternative arrangements.

The Hyatt, which sits between Main and Pearl streets in the heart of the city's central business district, opened to great fanfare in 1984. It was the city's official convention hotel, offering direct covered access to the neighboring convention center.

Owner Paul Synder could not be reached for comment.

Patrick Kaler with Visit Buffalo Niagara, says Snyder believes there was a chance the hotel chain would still stay in Buffalo.

"They were a little taken aback by the press release and a little shocked because they feel like they were working towards a solution towards this," said Kaler.

Mayor Byron Brown says he was not informed of the closing by the hotel's owners.

"Over the years, the city has invested very heavily in helping the Hyatt Regency to open, to stay open, so that we would have that hotel presence in Downtown Buffalo. So, that certainly is concerning news," said Brown.