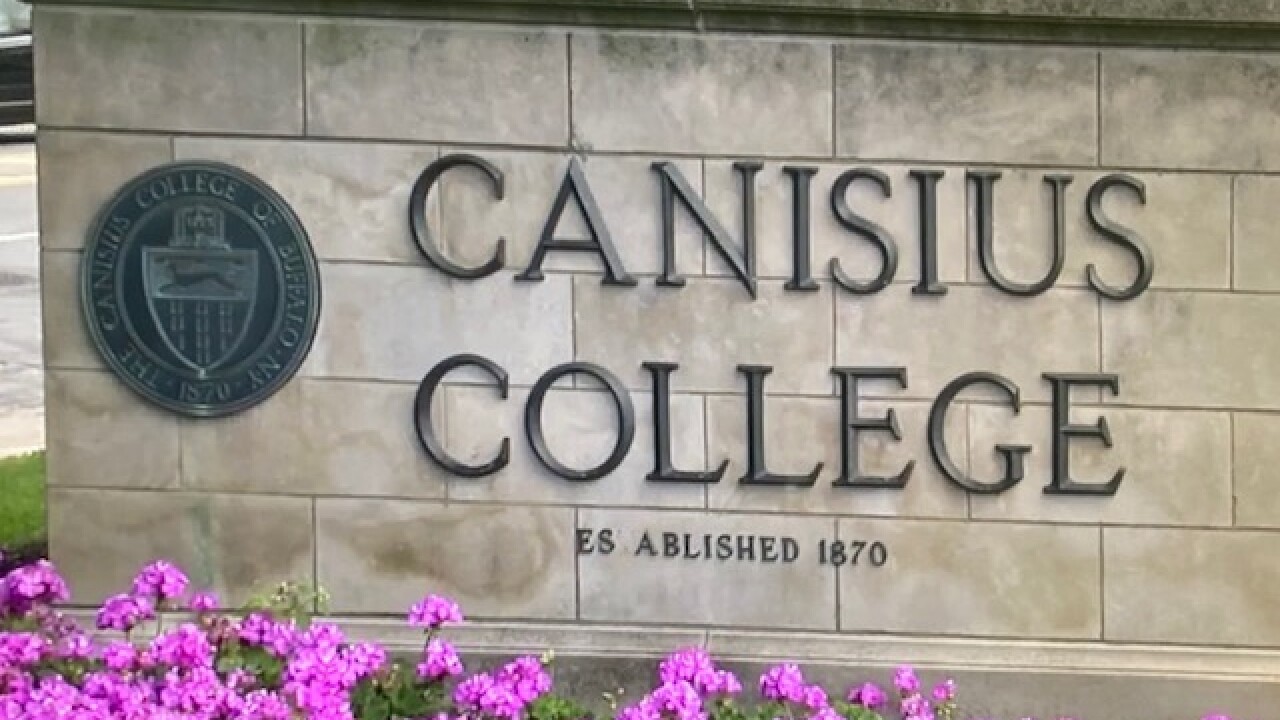 BUFFALO, N.Y. (WKBW) — When Canisius College President John Hurley sent out an email to faculty and staff detailing his plan to find $12.3 million in budget cuts and program restructuring to address a $20 million deficit, he knew there would be strong reaction.

"No one is happy about this," Hurley told 7 Eyewitness News Anchor Ashley Rowe in a one-on-one interview.

Since his announcement that nine majors were being cut and 96 employees were being laid off, Hurley has been the subject of a "no confidence" vote by the Faculty Senate and a sit-in demonstration by alumni. Most recently, the Faculty Senate's Faculty Welfare Committee at Canisius has called for Hurley's resignation.

"These are valuable colleagues. We're agonizing over this situation, I feel badly that it's happened," said Hurley. "But on the other hand, we're looking at a situation where we're getting buffeted from every side. By [New York's Excelsior Scholarship], and COVID-19, and student interests moving in different directions, and so we're saying, how do you remain relevant and viable in that scenario?"

Hurley and his administration cite years of declining enrollment as the driving force of the decisions to cut certain academic offerings. Over the past six years, the College has given an average of three Classics degrees per year, less than two in Religious Studies, and fewer than three in European Studies.

As if the tensions aren't already high enough, the Board of Trustees has another battle for Hurley to confront faculty with: streamlining the core curriculum by the fall of 2021.

Core curriculum is the academic term used to describe the required courses that students take in addition to the classes for their major. These foundational courses are meant to round out the academic experience.

Hurley calls the existing core curriculum a "smorgasbord" of classes, which has not been meaningfully updated in a decade. He wants the offerings to be streamlined so that students have a more consistent academic experience.

"Core reform at Canisius, I would say, has been an exceptionally difficult thing to get through, to develop a sense of urgency, to move the process along, to make it happen," said Hurley.

But some faculty members question how the college will be able to maintain a liberal arts core curriculum after eliminating nine majors, including Classics and Religious Studies, which have been at the heart of this Jesuit college's core curriculum to date.

"If you lay off two people from the Religious Studies and Theology Department, how are you going to staff all the core classes that people take?," said Dr. Tanya Loughead, President of the Canisius chapter of the American Association of University Professors.

Dr. Nancy Rourke is one of those people in the Religious Studies and Theology department being laid off. She also taught core curriculum courses at Canisius.

"A university is a university because the faculty are in charge of establishing the required courses for the students. We're the experts in that education area," said Dr. Rourke.

Per the Canisius College Policy Manual, the Faculty Senate must approve any changes to core curriculum. But with the administration eliminating nine majors, Dr. Rourke questions whether the latest restructuring will force the core curriculum to move in a certain direction.

"The proposed cuts that I'm seeing are going to devastate the progress that the college has been making towards a diverse and resilient and adaptable and excellent faculty," said Dr. Rourke. "We would lose most of last year's recipients of teaching and scholarship awards."

Hurley says the core curriculum needs to better reflect students' interests and celebrate diversity. He references a 2015 effort to create courses that do a better job of teaching the contributions of African Americans throughout history. Hurley says he received push back when he tried to get this offering quickly off the ground.

However, those kinds of offerings require a diverse pool of teachers, which even Hurley acknowledges is being hit with the recent cuts.

"There are a small number [of people of color] on the Canisius faculty, smaller than we'd like. So any change that you make, whether it's because of the discontinuation of a program or a seniority thing, it's going to show. And that's unfortunate," said Hurley.

Among those being laid off is Dr. M Fernanda Astiz, an Argentina native and the recipient of the 2020 Dr. Martin Luther King, Jr. Award for her social justice teaching.

"We try continuously to connect the content to what's happening to the country, and the conversations we are having as a society. Well, students are going to miss that if some of us are not doing that intentionally in the classroom," said Dr. Astiz.

Hurley says negotiating with the Faculty Senate's Core Curriculum Committee will be "kept on a short leash," with regular reports presented to the Board of Trustees about the progress being made.