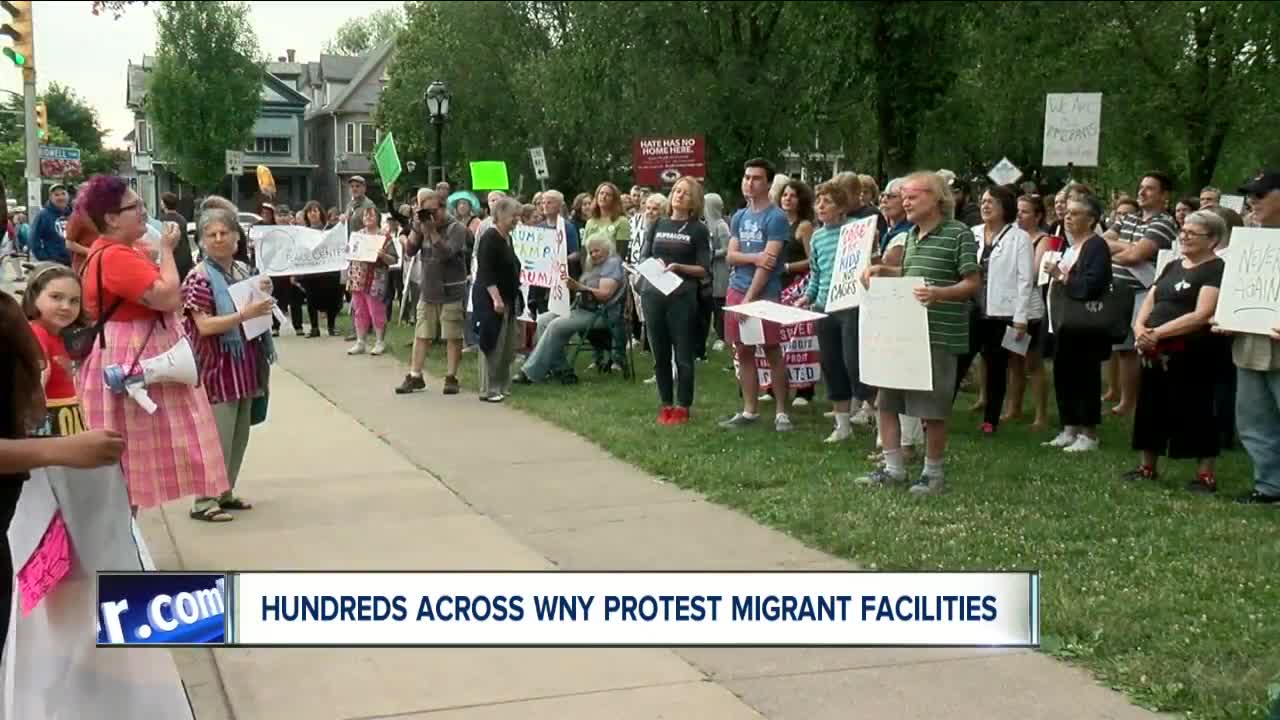 (WKBW) — Three vigils and three cities in Rochester, Batavia and Buffalo. The demonstrations in Western New York were just some of hundreds of protests across the country Friday night. Each city participating in "Lights for Liberty"- -a movement to immediately end migrant detention centers in the U.S.

"It doesn't matter if you're a Democrat, Republican or neither one. These are children and we are human beings, so what happened to our compassion?" Batavia protester, Reverend Darla Bair, said.

The Batavia demonstration happening yards away from the Buffalo Federal Detention Facility.

"If there's somewhere that we want to support detained migrants in this area, this is it," Batavia organizer Erica O'Donnell. Adults and children alike made up more than the 100 people in attendance who listened to speakers and held a candlelight vigil. The protesters then walked down to the entrance of the facility.

"They are not coordinated, but in a way, they are because it is people coming together saying enough is enough, close the camps down," organizer for Buffalo's vigil, Jennifer Page, said.