Human trafficking in WNY: "It can happen to anyone" 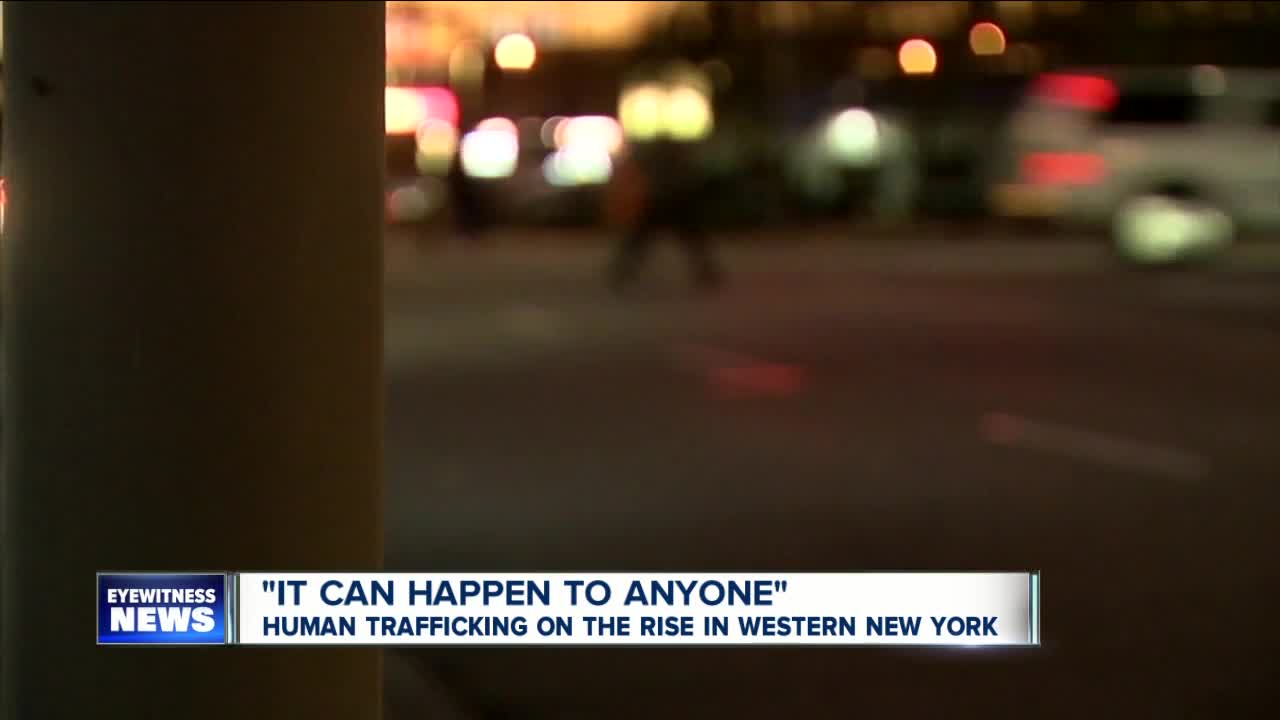 BUFFALO, N.Y. (WKBW) — Human trafficking in Western New York is statistically on the rise, but experts say that isn't because it is happening more, rather because it is being reported more often.

Amy Fleischauer, Director of Survivor Support Services at the International Institute of Buffalo, works with human trafficking victims. She says the number of victims she sees year over year, has grown significantly--about 350 people annually.

"We've worked with approximately 2,000 survivors in the last 12 years," she said. When the human trafficking task force here in Western New York she is a part of first began in 2006--a grant was given to help fifteen victims.

"The youngest survivor we've worked with is eight and the oldest is eighty-three," Fleischauer said with both of those mentioned being victims of labor trafficking. She adds human trafficking can come in many forms including labor and sex trafficking, often they go hand-in-hand.

"I think what will happen is we will see larger and larger numbers not because trafficking is on the rise, but because we're doing a better job at identifying it," she said. Things to look out for, Fleischauer said, is anything unusual at a business--visitors at strange hours, many cars in the lot. With people, she said, "They all of a sudden have come upon a lot of money. Traffickers will spend money on their victims."

The common thread among victims is vulnerability and a trafficker's ability to identify and capitalize on it, Fleischauer added.

"It can happen to anyone and is happening in our backyard," Assistant U.S. Attorney Elizabeth Moellering of the Western District of New York said. Human sex trafficking is not isolated to the city, she added. Many victims are from all around Western New York.

"We are definitely seeing more of it, but I think the reason is we're just more attune to see what to look for now," Moellering said.

Both encourage anyone who is or knows a victim of trafficking to reach out whether to law enforcement or support services.

"We're trying to be the good guys here and help them get out of a bad situation," Moellering added.

Find below resources for human trafficking victims and to submit anonymous tips.