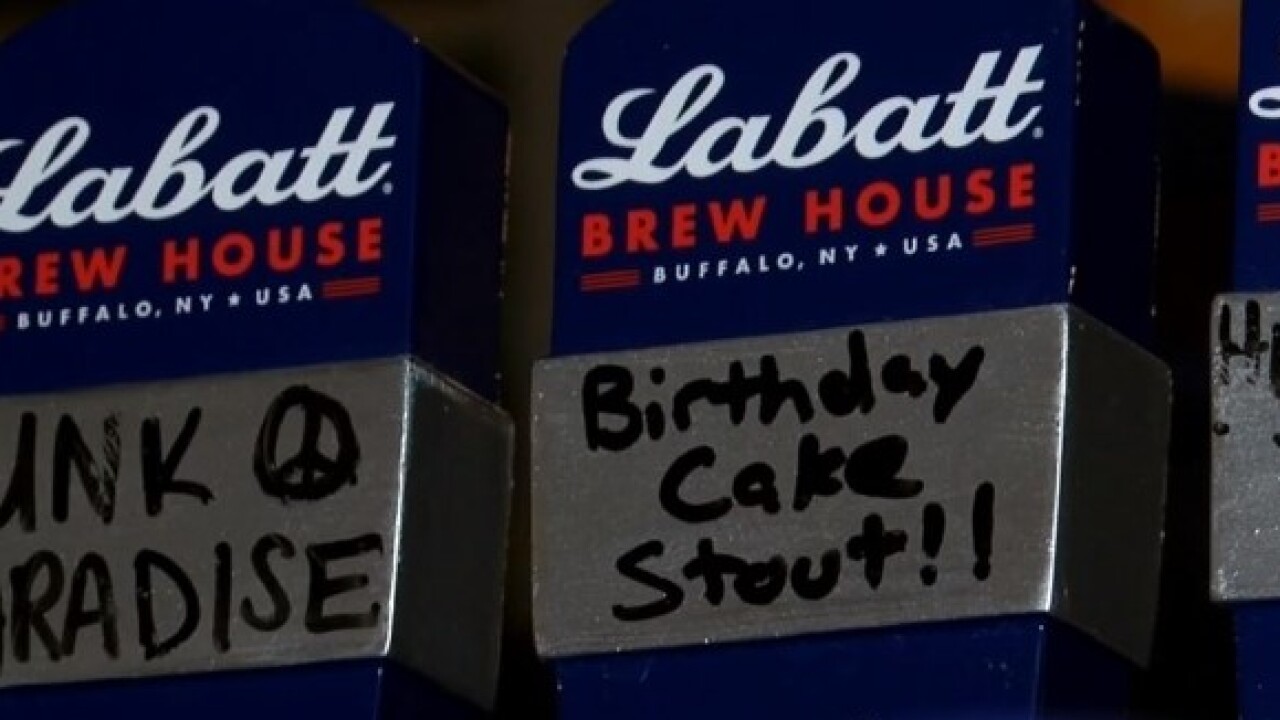 According to Labatt, beer sales have skyrocketed in the host cities of Bills away games this season.

For the Bills vs. Titans game in Nashville, Labatt total beer sales were up 980 percent compared to an average week.

"We’re making sure that Houston’s Bills backer bars are set with enough Labatt Blue for Saturday," according to a Labatt spokesperson.

Labatt says for Bills fans staying local the Labatt Brew House is releasing a new brew called "Shout!" which is a pale ale to celebrate the Bills playoff run and will be available Friday.