Albion H.S. senior, admired for his talents in theater, band and choir, is killed when car hits utility pole 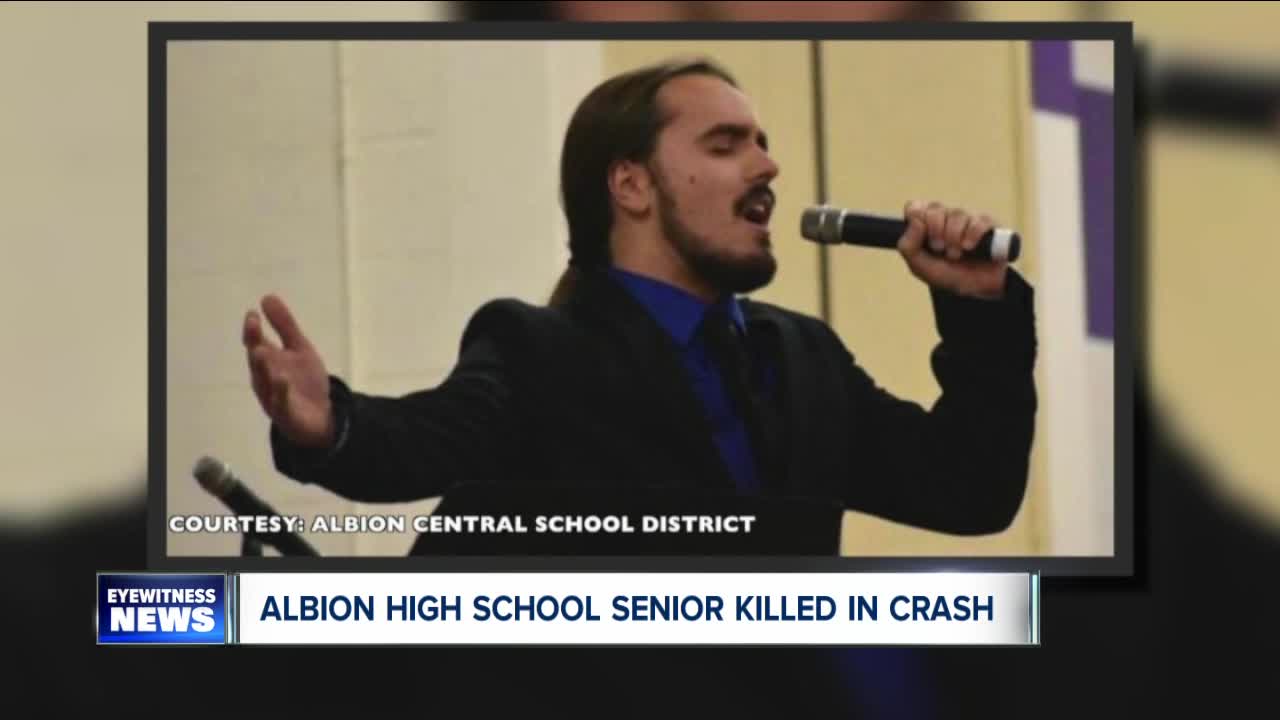 Albion H.S. senior, admired for his talents in theater, band and choir, is killed when car hits utility pole. 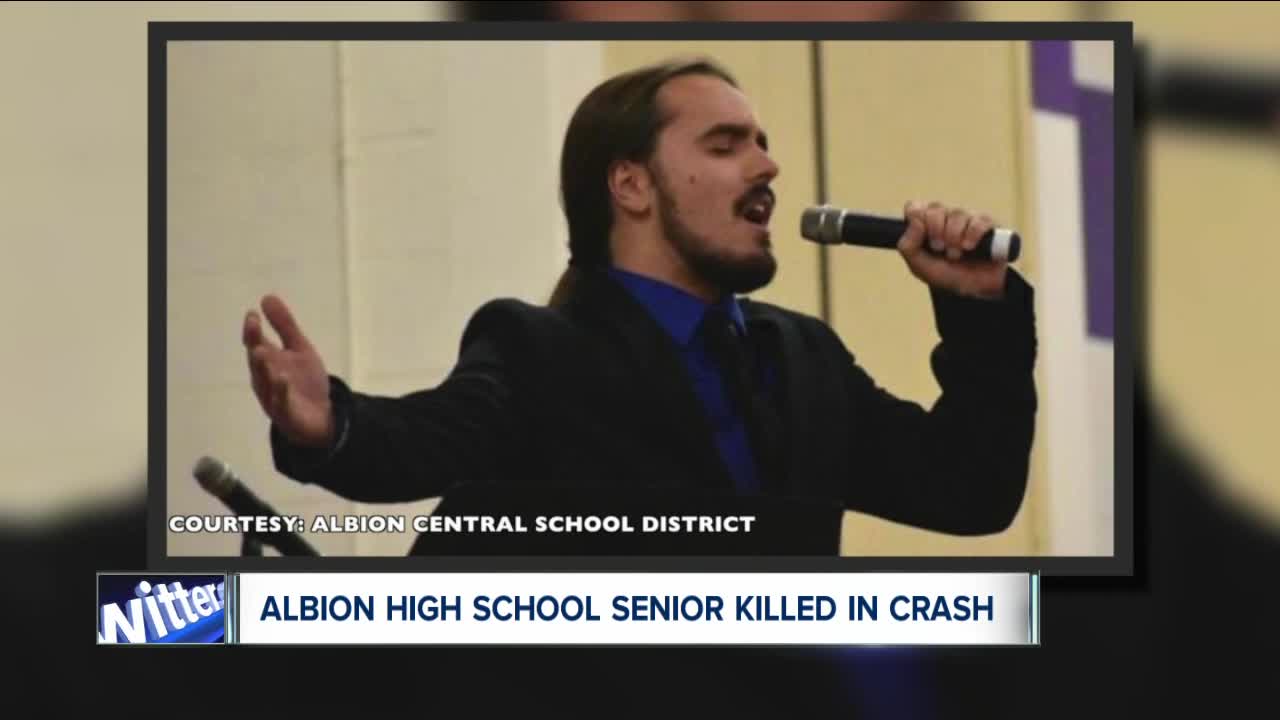 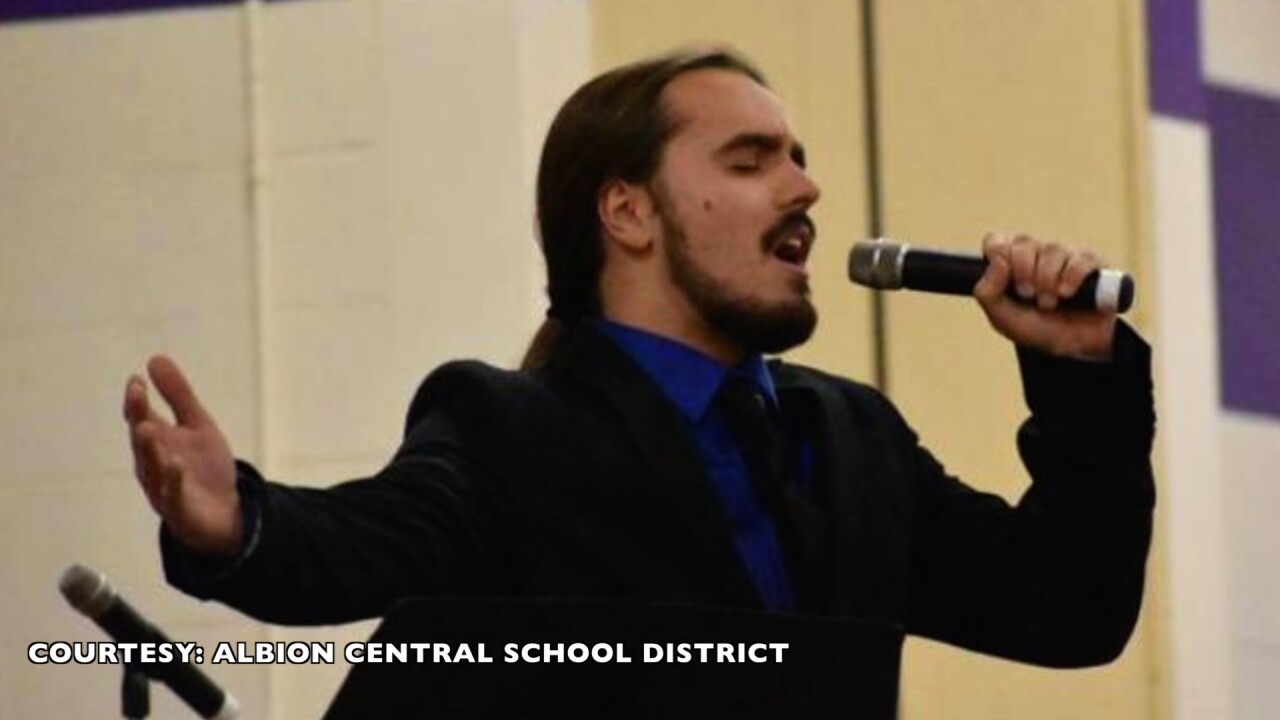 According to investigators, the driver of a 2008 Chevrolet Impala with four males inside lost control on Eagle Harbor Road in Albion around 12:13 a.m. this morning. The car hit a ditch and became airborne before hitting a utility pole with its roof.

A passenger, Brennan Moody, 17 of Kent, was killed. The driver and front-seat passenger, both 18, were treated at Strong Memorial Hospital in Rochester. A 17-year-old rear-seat passenger was taken by Mercy Flight to ECMC with serious injuries and remains in critical condition, according to NYS Police.

Troopers say they believe speeding was the primary contributing factor in the crash.

Moody was a senior at Albion High School. He is the second high school senior in Western New York to be killed in a car crash in four days. On Saturday, 18-year-old Edward Travis IV was killed on Southwestern Boulevard in West Seneca, hours after attending his senior prom for Frontier High School with his girlfriend.

"I am heartbroken to report four of our seniors were in a car accident that took the life of Brennan Moody. Three others are at hospitals. Please keep them in your thoughts.

Be assured that counselors, staff and clergy will be at the high school for students and parents to drop in if needed. We also have staff available at our other buildings for all of our students."

7 Eyewitness News Reporter went to Albion to get reaction to the tragic accident.

The school superintendent told Ed Reilly that Brennan Moody was "an amazing person" with great musical talents that allowed Moody to excel in theater, band and choir.

"He was packed with musical talent and had a heart of gold," added Superintendent Bonnewell.

In addition, Bonnewell said the teen was an honor student who could think like an engineer when it came to building a computer from pieces.

Graduation at Albion High School is still scheduled for next week.

However, the superintendent said the students wanted to wait and hold-off on any event remembering Brennan Moody until the three other Albion High School seniors injured in the crash are well enough to join with their classmates.