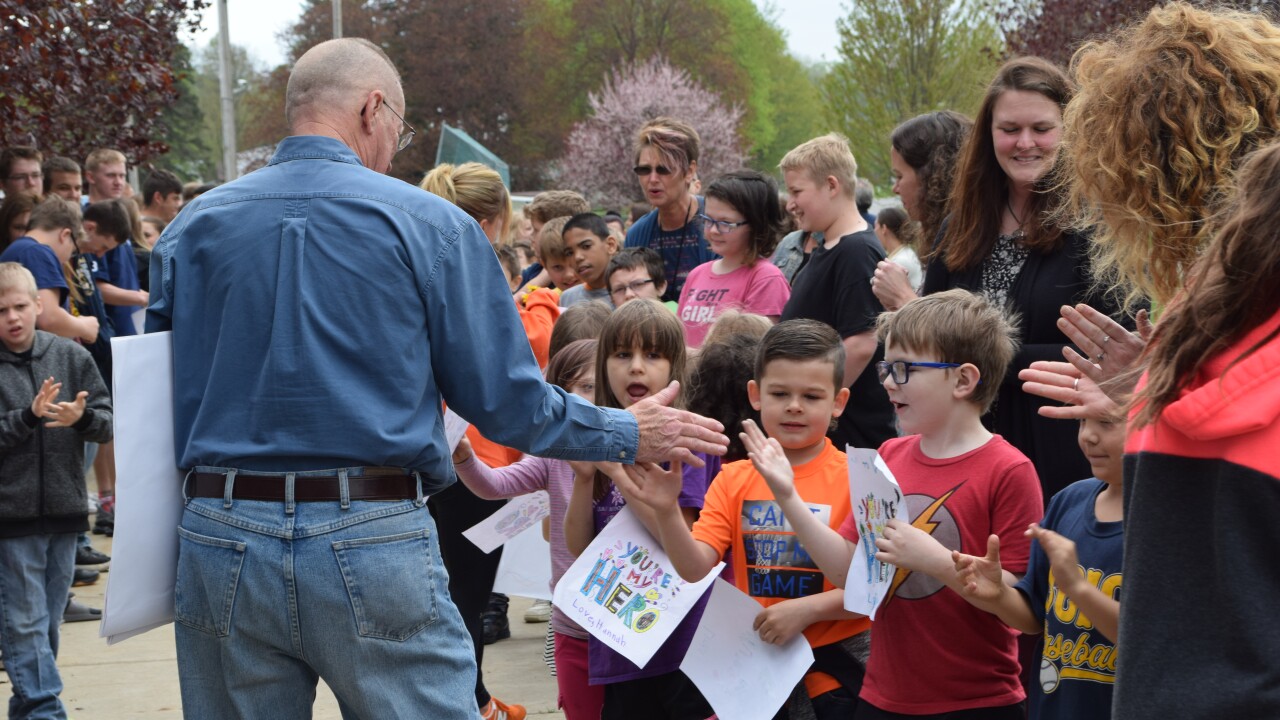 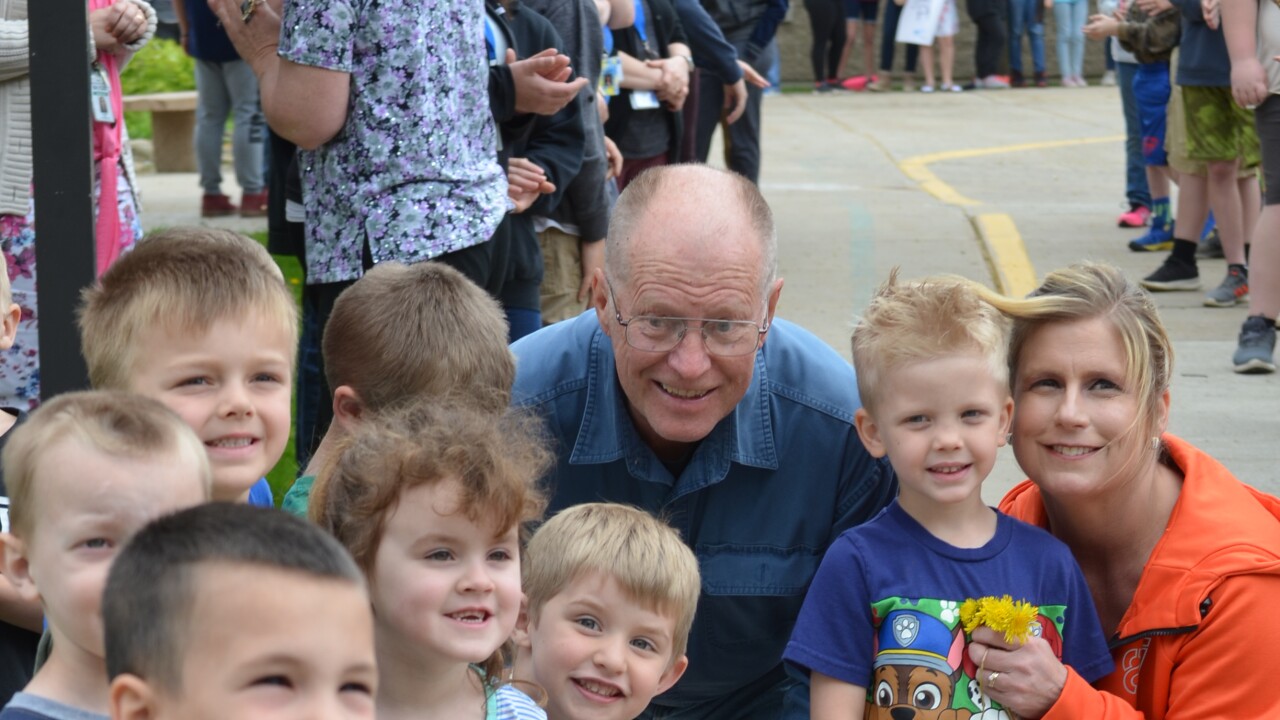 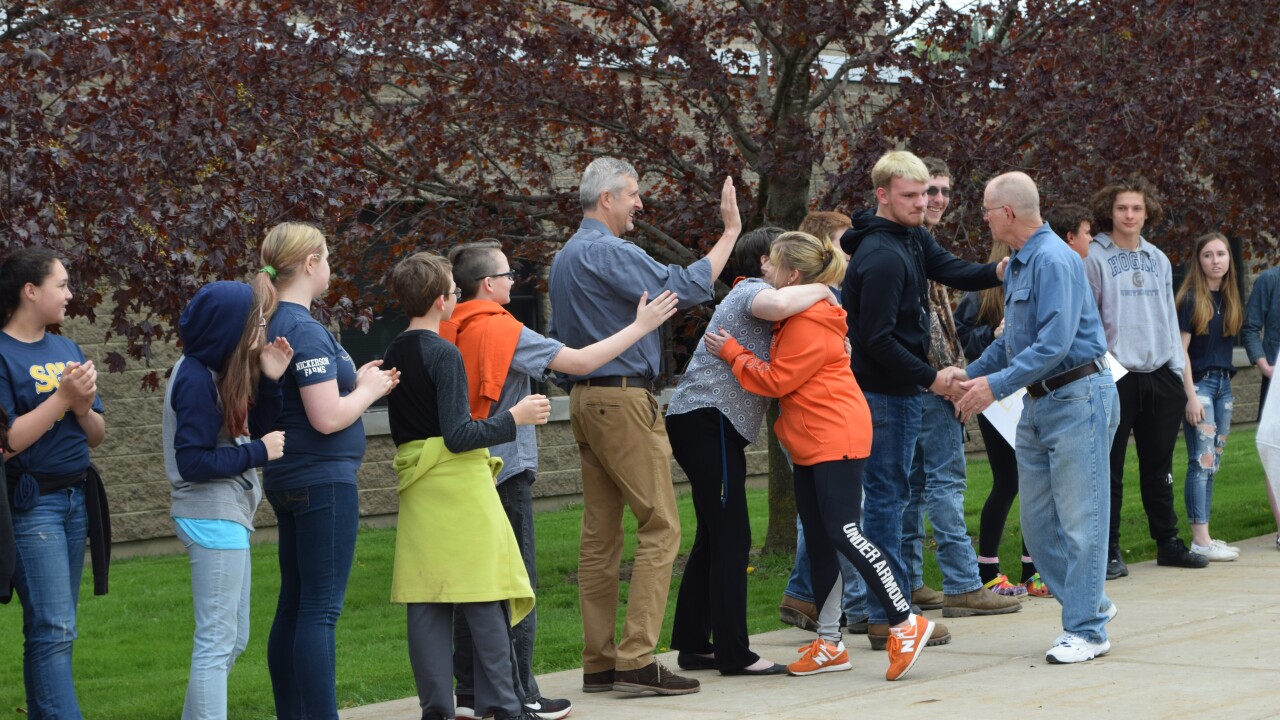 Skip Torpey doesn't call himself a hero. But you won't be able to convince anyone in the Scio Central School District the 73-year-old school bus driver is anything but.

Torpey was dropping Pre-K students off on April 18, the last day before spring break, when he and bus attendant Linda Harris noticed one of the student's parents did not greet the bus like she normally does. Harris then walked up to the house to find the child's mother passed out on the garage floor.

While Harris stayed with the student, Torpey notified the bus garage to call 911. He then determined the mother was not breathing and began CPR. He continued the emergency first aid for eight tense minutes until finally - she was revived.

"It felt like it was hours and hours," Torpey said in a statement from the district. "I kept talking to her saying 'Come on, Easter is here, your child needs you.'"

Students, faculty and staff celebrated their heroic actions Thursday morning by greeting Torpey and Harris at the bus loop with signs and high fives. Each was also presented with a giant card that declared them "Our Scio Heroes."

"Three weeks ago, our school rejoiced in a life saved," said Scio Schools Superintendent Jennifer Cappelletti. "Today we celebrated the people who made that possible."