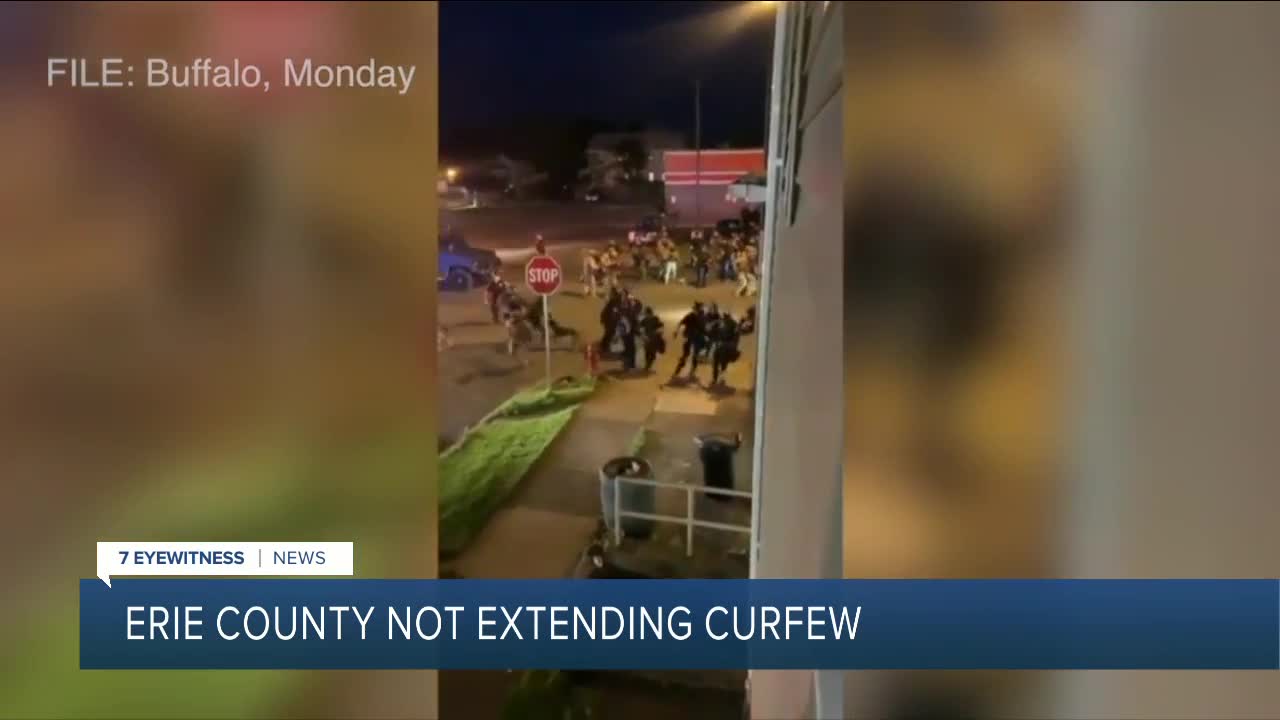 There will not be a curfew in Erie County on Wednesday.

Erie County Executive Mark Poloncarz said he doesn’t like issuing curfews and he’s glad he doesn’t have any reason to believe one is needed Wednesday.

The curfew free night is the first one for the county since Monday when Buffalo Police said 30-year-old Deyanna Davis intentionally drove her SUV through a crowd of protesters, hitting and injuring three members of law enforcement. Those officers are all expected to survive. Davis faces a number of charges including aggravated assault of a police officer. She was shot during the incident and remains hospitalized.

Poloncarz said they don’t have any intel that looting is planned in any pocket of the county.

“For those thinking about mischief tonight, there’s going to be a lot of police on the roads tonight,” Poloncarz said.