Happy 103rd birthday to this real-life Rosie the Riveter! 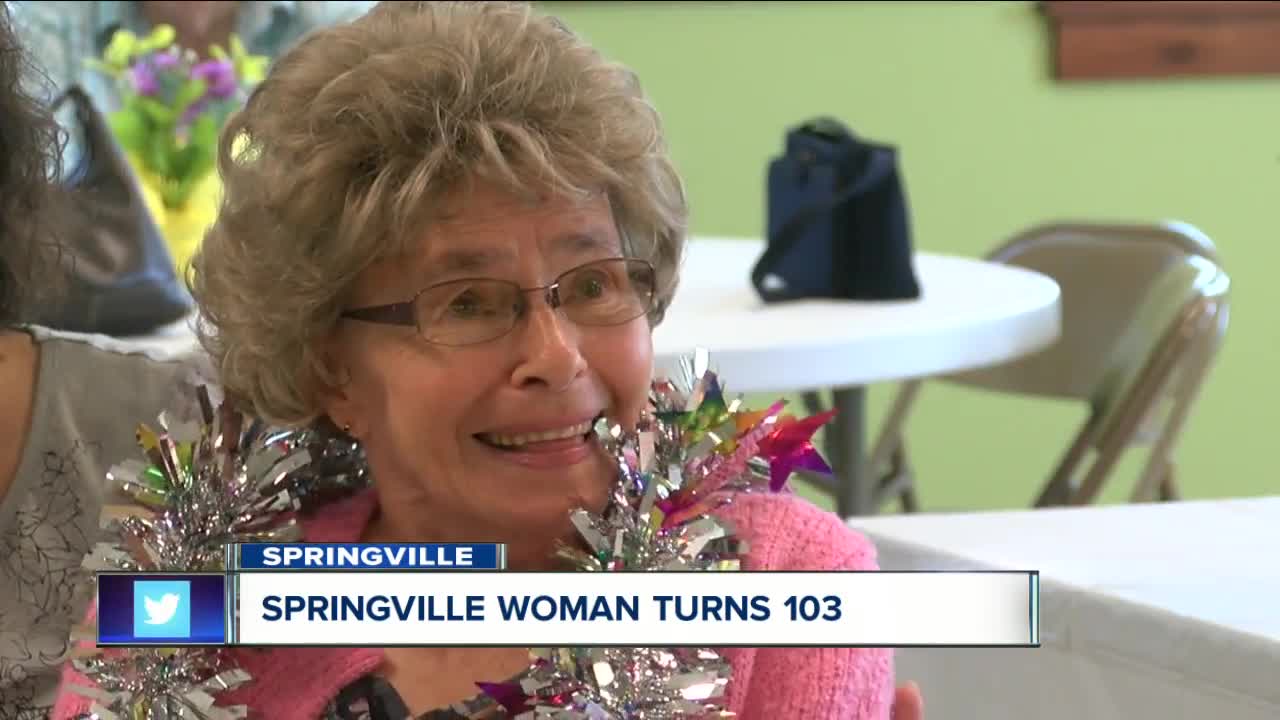 "I haven't gotten used to that three!" said Ahles.

And her favorite hobby...

"And you still have your pistol permit," Donna Schweiket, Ahles daughter, said, "She is a crack shot with a rife."

Ahles was born in New England in 1916. She graduated from Springville-Griffith institute in 1933. She started out as a beautician, then began re-upholstering furniture. But when the U.S. entered World War II and hundreds and thousands of men headed overseas, Marion wasn't afraid to get her hands dirty and answer a call to duty here at home.

"Planes that were down in Europe needed parts right away to get back in the air. And they knew that if they gave her the order she would get them out in quick shape," said Schweiket.

Ahles is a real life Rosie the Riveter.

"She loves mechanical things, even at 103," said Schweiket.

To this day when Marion finds out there's a new car around, the first thing she wants to do is take a look under the hood.

"You have to know those things to keep with the living," said Ahles.

And her biggest accomplishment? Her children.

"I'm pretty proud of both of these," said Ahles.

And her son and daughter are just as proud of her.