Half a heart, twice the love: A WNY family's journey of hope and faith 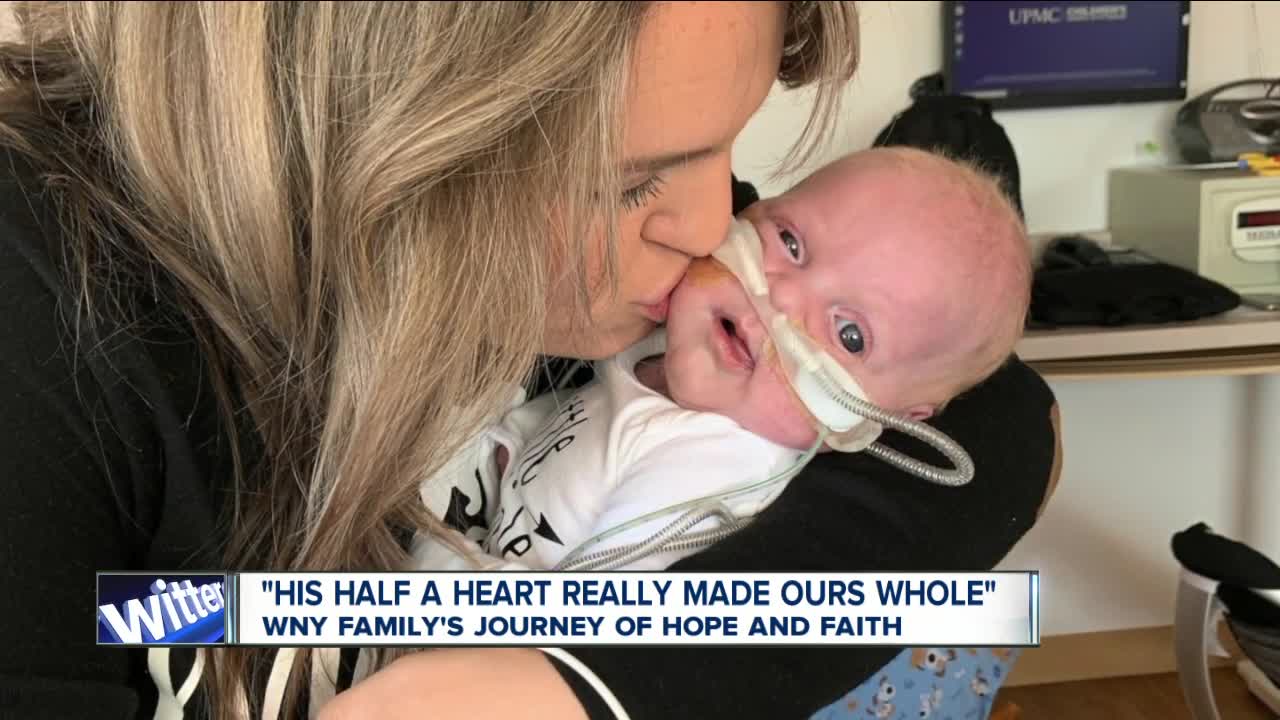 WHEATFIELD, N.Y. (WKBW) — Half a heart that produces twice the love -- that's what a Pendleton mom of two says about her youngest -- Theodore.

"His half a heart really made ours whole," Alexandria Nelson said. Teddy, as she calls her son, has a Congenital Heart Defect (CHD). It's something the CDC says are the most common birth defects in the United States. But Teddy's case is rare.

"Theodore is the rare of the rare," she said.

Among other complicated conditions, Teddy has Hypoplastic Left Heart Syndrome, which means he literally was born with half a heart. He's been in the hospital since he was born on August 30th.

"His will to fight is there and I could not be a more proud parent," she said. He's undergone two open heart surgeries and suffered a stroke.

His case is so unique that before he was even born, his parents had to find a hospital that could specialize in his care. UPMC Children's Hospital of Pittsburgh was the closest to take on Teddy's case.

"He's born and raised in Pittsburgh, but belongs in Buffalo," she said. Alexandria continued, "As a parent we would go to the end of the earth and back for our kids and in reality, Pittsburgh really doesn't seem that far."

From Saturday or Sunday through Wednesday, Alexandria and her husband, Michael, drive the roughly 235 miles to be with their son in the cardiac ICU. Teddy's His 4-year-old sister, MacKenna, often in tow.

It's moments like last week when Teddy smiled on his own for the first time, Alexandria says make this "roller coaster of a journey" worth every second.

She says faith is what gets them through the days.

"When you're going through something as strong as this, you just dig deep."

Alexandria is sharing her son's story in hopes of bringing more awareness and research to CHD.

Teddy's next big step happens next week when doctors will determine whether Teddy is strong enough for surgery or if he'll need a heart transplant.

"When you're going through something as life changing as this, you just want reality back and the reality of just sitting at home with my son and my daughter and my husband, would mean the absolutely world to us. I'm really looking forward to that day coming full circle."

Valentine's Day marks 168 days Teddy has been in Pittsburgh. Prayers is all Alexandria is asking for this Valentine's day to continue to wrap her little Teddy in love.
____