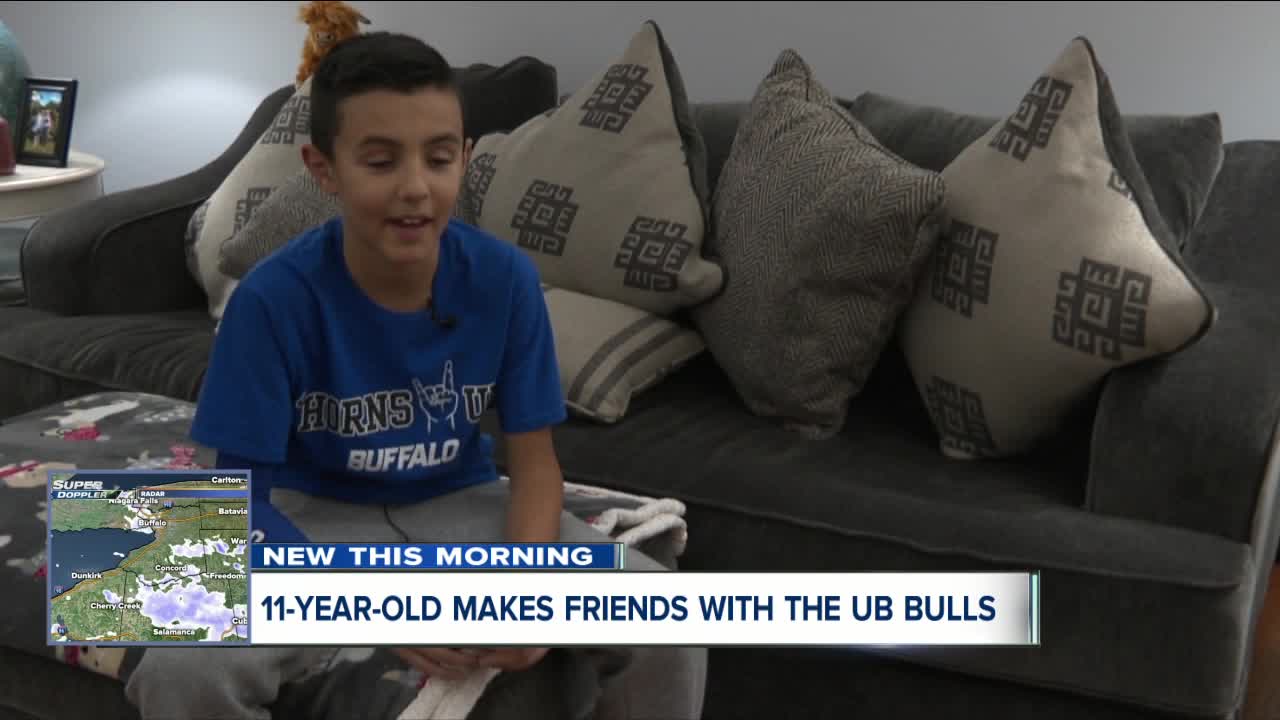 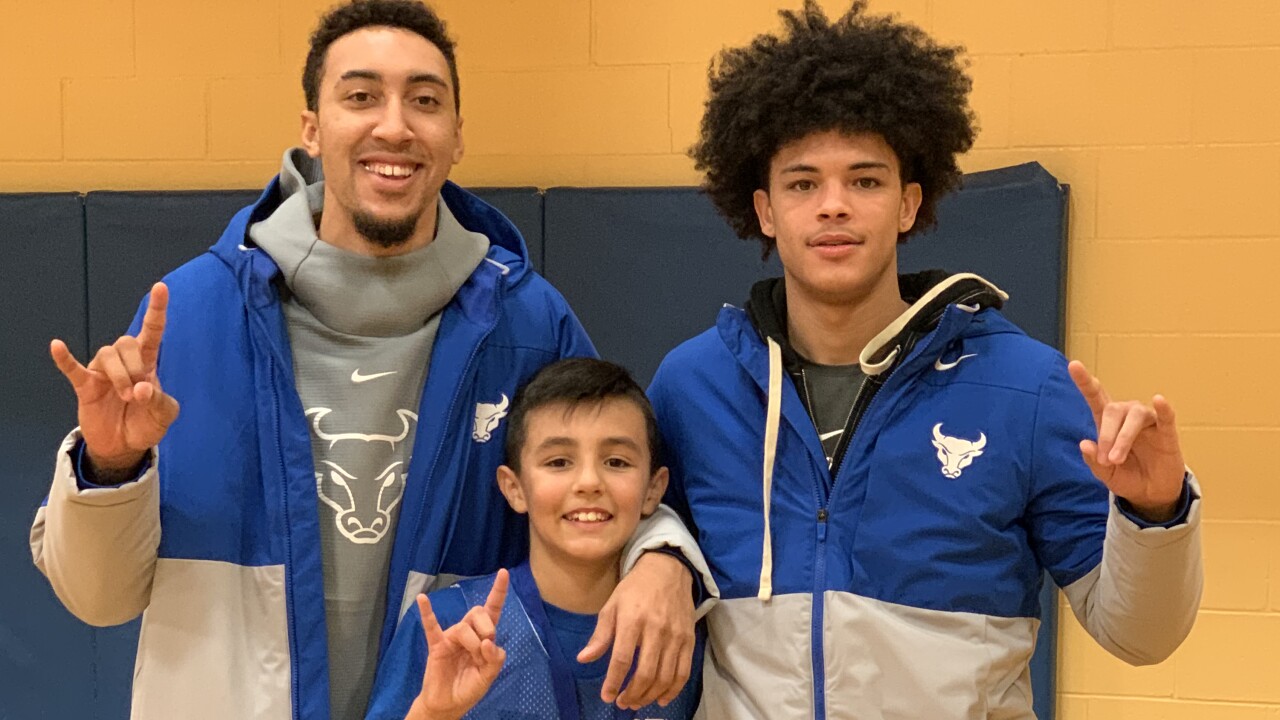 BLASDELL, N.Y. (WKBW) — It was a chance encounter on a plane for Roxanne Kish.

She was on her way home on a connecting flight out of Baltimore when the rest of the flight started to board.

“I looked up and there were these two young boys, and they said ‘Are these seats taken, can I sit there?’ And I said, ‘Sure.’”

One of those young boys turned out to be UB Bulls guard Savion Gallion.

He introduced Kish to everyone on the team, including the coaches and medical staff and for the rest of the flight they got to talking.

“I was telling them about my grandson playing basketball and how good he was and I started showing videos… Well, grandmas do that.”

The videos must have showed his skills pretty well, because when Kish asked for a small favor, Gallion went above and beyond.

“I said why don’t you — with permission— get in touch with Justice and give him some pointers. He was so happy to do that, and he did.”

Gallion sent a text to Justice the next day.

Gallion and his teammate David Nickelberry carved out time — not only in the middle of the season, not only at the end of a college semester, but also in the midst of an ice storm — to go see Justice play Sunday morning.

“I love the community. I committed to Buffalo and not just to the program, but to the city — I love it here,” said Nickelberry. “I love the fans. I love the support and because they support us, I’m always going to support them.”

“They came at halftime, so in the first half, I was just looking at the door while I was playing, not paying attention,” said Justice.

He admitted, it wasn’t his best performance. He said he was distracted and excited waiting for his new friends to arrive.

“I was doing pretty bad, but then when they came… I showed off my moves.”

Justice and his teammate played some 2-on-2 with the duo after they took home the gold in the championship game.

He and Savion still text today.

“I think Justice is going to be a good kid when he gets older. He is a good basketball player he had a lot of points…I’m proud of him.”