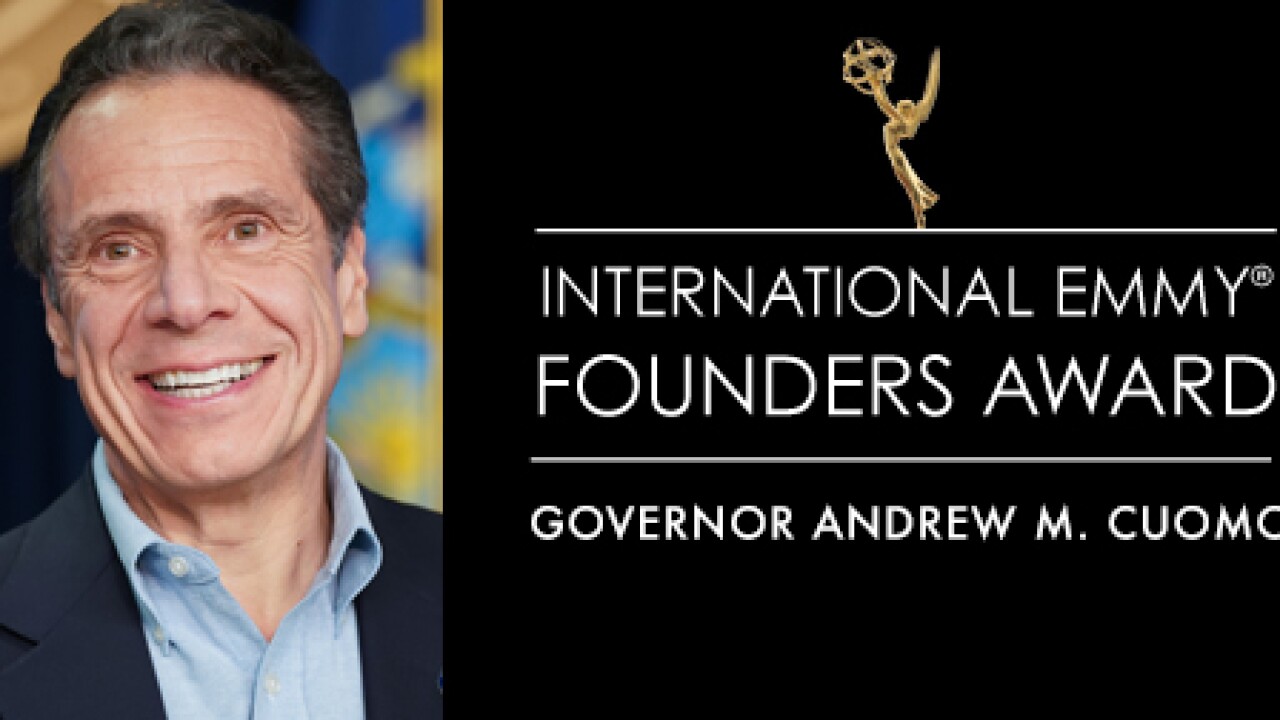 Gov. Andrew Cuomo will receive an International Emmy Award for his handling of the COVID-19 pandemic in the Empire State.

“The Governor’s 111 daily briefings worked so well because he effectively created television shows, with characters, plot lines, and stories of success and failure,” said International Academy President & CEO Bruce Paisner. “People around the world tuned in to find out what was going on, and New York tough became a symbol of the determination to fight back.”

New York City became the epicenter of the nation's COVID outbreak this past spring, which lead to a statewide shutdown of schools and businesses and daily news briefings by Cuomo.

The governor's mandates led to both praise and condemnation, with Cuomo coming under the most intense criticism for a state health department advisory issued in March that required nursing homes to accept residents regardless of whether they had a confirmed or suspected diagnosis of COVID-19.

On May 10, Cuomo issued an executive order changing the advisory by requiring hospitals to make sure patients tested negative before returning to nursing homes. But by then, thousands of vulnerable New Yorkers had already passed away. By mid-July, The New York Times reported an estimated 6,400 residents had died from the virus in nursing homes and long-term care facilities statewide.