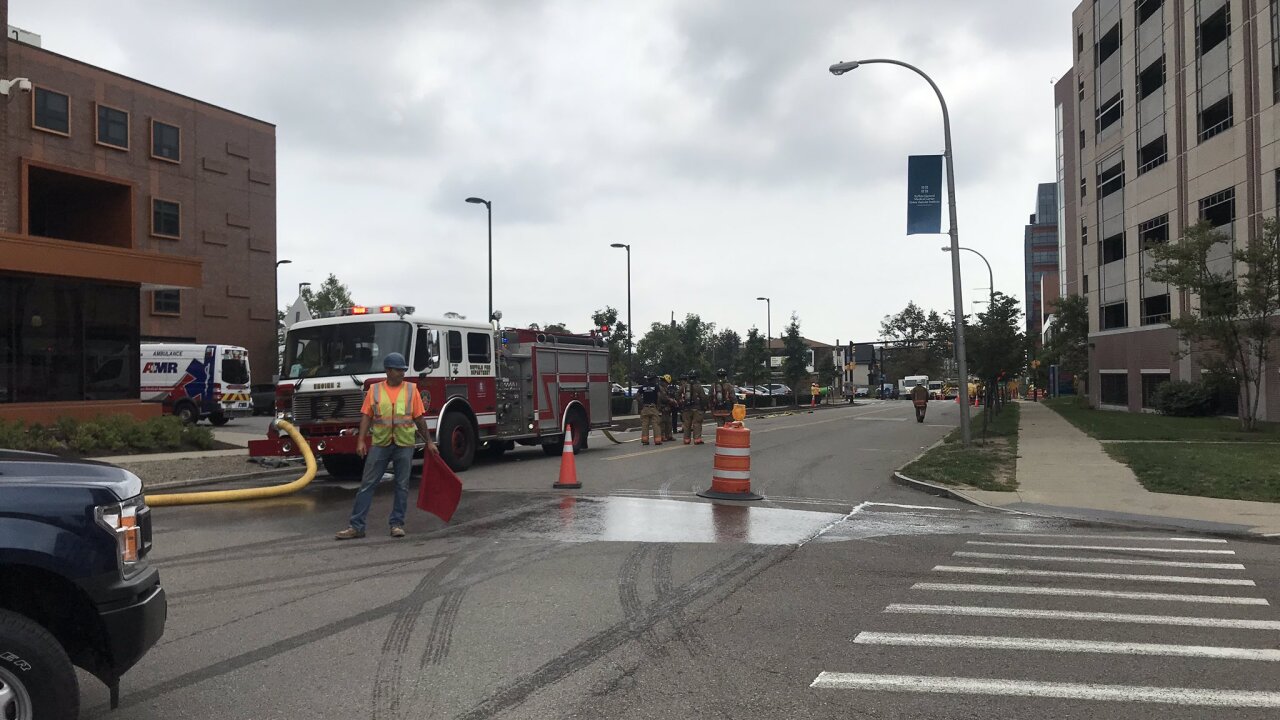 According to a hospital spokesperson, the leak was near the Roswell campus at High Street and Michigan Avenue.

As a precautionary measure two administration buildings were evacuated but there was no interruption in clinical care.

National Fuel tweeted this update calling the situation "SAFE" as of 3:13pm. According to the utility company, a contractor hit a mainline near Roswell Park's campus.

UPDATE regarding the @RoswellPark power plant gas leak- the situation has been made SAFE. Repairs have begun. #NationalFuelNews @WKBW @PhotogRobN