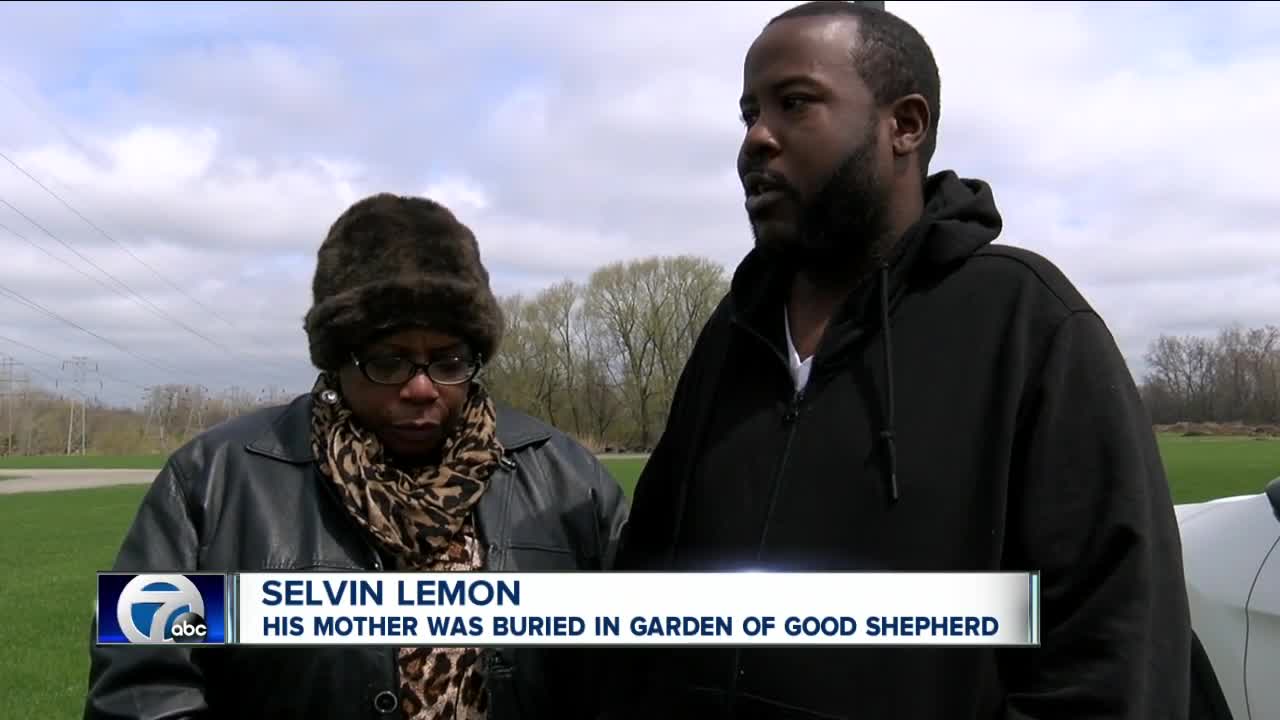 A collapsing creek bed is forcing St. Matthews Cemetery to relocate 220 grave sites, and some of the families didn't even know about it until 7 Eyewitness News reported on it Monday evening.

WEST SENECA, N.Y. (WKBW) — A collapsing creek bed is forcing St. Matthews Cemetery to relocate 220 grave sites, and some of the families didn't even know about it until 7 Eyewitness News reported on it Monday evening.

As 7 Eyewitness News first told you Monday, a portion of the bank along Cayuga Creek collapsed earlier this month, putting 220 grave sites in jeopardy.

St. Matthew's, which is part of the Forest Lawn group of cemeteries, tried to keep the ground from moving by putting huge steel sheets into place.

But the quick fix didn't work. A cemetery spokesperson told 7 Eyewitness News they had to take action quickly, and move all buried caskets to another part of the the cemetery.

The massive job continued Tuesday, with cranes lifting casket after casket out of the ground.

But Selvon Lemon said what really upset him, was that the cemetery never told him his late mother's final resting place was being moved.

"And then for the news to break it before we know it, I feel like that's more hurtful. Now my dad reliving seeing his wife being dug up and removed again," he said. "It's hurtful man."

Mary Chambers tried to hold back tears as she wrapped her head around what happened to her late brother-in-law.

Chambers said she'd been at the cemetery since 8 Tuesday morning. She also found out what happened from 7 Eyewitness News's initial reporting.

"Lord, I pray for all these families," she said.

She said there were no clergy praying as caskets were removed.

"As the bodies are coming up, some of them are in crypts and some are not," she said. "And then now they're going to move the bodies over here, right? To East St. James, and that looks like a mass grave."

President of the Forest Lawn group of cemeteries, Joseph Dispenza, told us Monday no graves were compromised.

In a statement to 7 Eyewitness News, a spokesperson for the cemetery said:

"Given the instability of the land in the Garden of Good Shepherd, we've had to move very quickly yet methodically, in the midst of unsafe and continuously evolving conditions, making it impossible to accommodate the understandable desire of so many families to be present during the process of disinterment and reinterment of their loved ones. If the immediate family members or next of kin of people interred in St. Matthew’s Garden of Good Shepherd have any questions, they can contact the cemetery at a phone number established exclusively for these families at (716) 818-4713

But family after family said their hearts are broken because they were never told.

A number of families we spoke to at the cemetery told us they are considering filing lawsuits.