"We jumped at the opportunity" 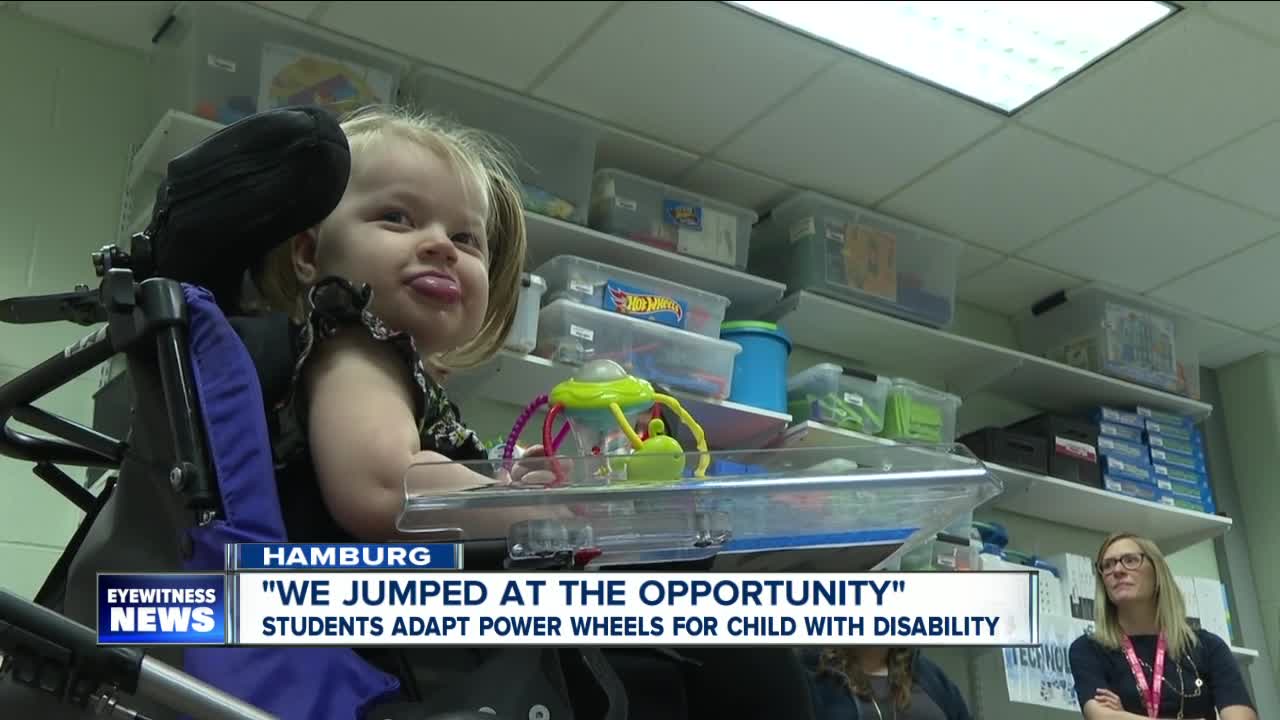 In the Southtowns, it's kids helping kids -- Frontier Central School District kids to be exact.

"My husband and I always say we were chosen to be her parents and Gillie was chosen to be Gillie," Erin Tallant, Gillie's mother, said.

"We're building a Power Wheel for her so she can move around more because she can't use it right out of the box," Peyton Ring said. He's a fifth grader at Big Tree Elementary. Over several weeks, and alongside two other fifth grade classmates and three Frontier Central high school students, the six man crew is working to adapt a Jeep Power Wheel for Gillie.

The "pit crew" met their driver for the first time Tuesday. They've been working with two Frontier CSD art teachers since the fall when the nonprofit Go Baby Go in partnership with Fisher Price donated the red Jeep.

On Wednesday, the team heads to Fisher Price in East Aurora to meet with the pros, present their designs and learn how to rewire the car to fit Gillie's needs.

"Just to see her enjoy something so simple, but it means so much to us," Tallant said. The team hopes to gift Gillie her new set of wheels in April.

"When she can actually drive it on her own and seeing the excitement she has, that will be everything," Turner said.