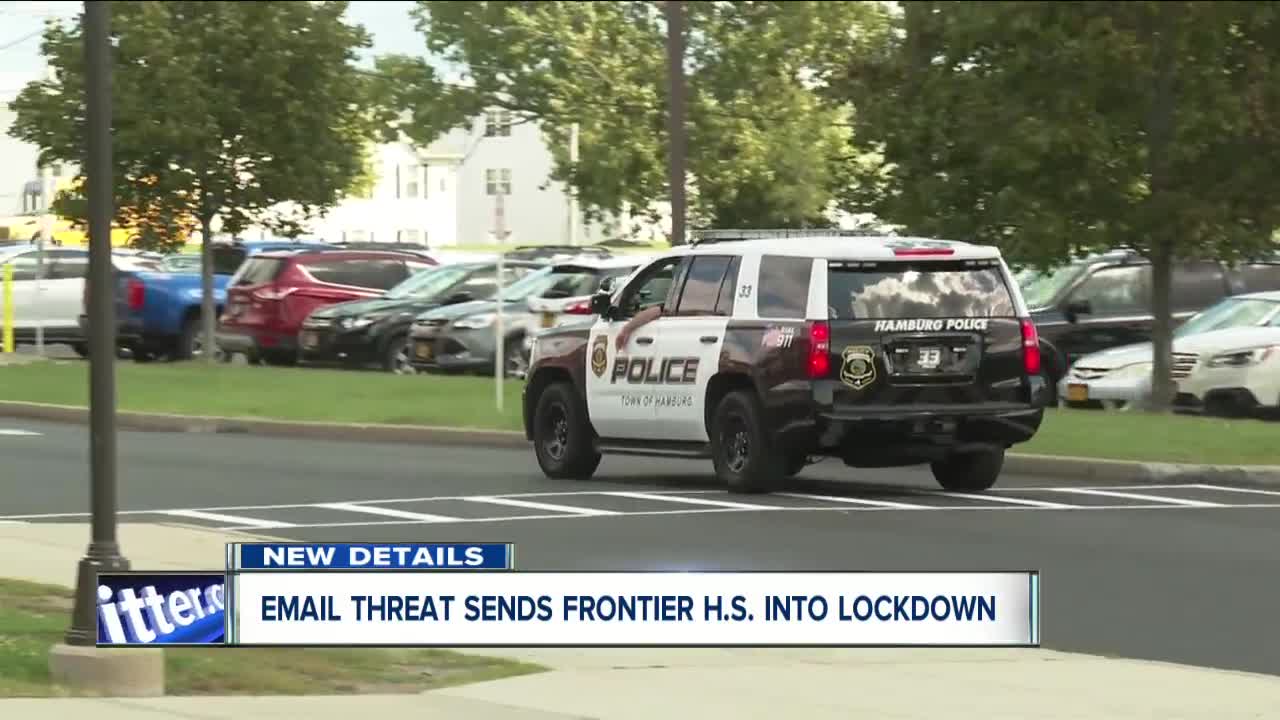 Frontier Central School Superintendent Richard Hughes says the High School Principal received an e-mail from a student Monday morning threatening to shoot up the school. The e-mail also said “the clock is ticking.”

The school then investigated and found whoever was making the threats had hacked into other student’s e-mail addresses.

“Each e-mail was taunting in nature, including comments like ‘you haven’t found me yet,” he said.

The school says it went into lockdown mode, and even after that, the e-mails kept coming.

“If a student or whoever thinks these are not serious, these are beyond serious,” Hughes said.

Hamburg police along with the Erie County Sheriff’s K9 unit cleared the building and found no weapons or explosives. Investigators were able to track the e-mails to the same IP address.

Monday night, authorities tracked down the student at their home and charged them with seven counts of aggravated harassment in the second degree, six counts of computer trespassing with intent to commit a felony and one count of making a terrorist threat.

Hamburg officials want this to be a warning to other students who may be thinking of pulling a similar prank.